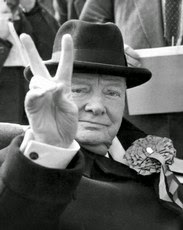 The Washington Capitals ended their four-game losing streak in emphatic fashion on Wednesday night with a 4-0 whitewashing of the Pittsburgh Penguins at Verizon Center. It was the second time in barely a month that the Caps beat the Penguins in a shutout.

The Caps got started early when Alex Ovechkin scored his 28th goal of the season on the Caps’ second shot of the game 4:50 into the first period. It was a simple enough play, but one on which the Captain is not usually involved. Karl Alzner floated a shot toward the Pittsburgh cage, and Ovechkin, parked at the top of the crease, redirected the puck past goalie Marc-Andre Fleury to make it 1-0, Caps.

The Caps held the one-goal lead through the remainder of the first and over the first 17 minutes of the second period when Ovechkin struck again in more conventional fashion on a power play. The standard fare of Nicklas Backstrom on the right wing half-wall moving the puck to Mike Green at the top of the zone, then over to Ovechkin for a one-timer made it 2-0, Caps, and lifted Ovechkin past Tyler Seguin and Rick Nash for the league goal-scoring lead with 29.

Mid-way through the third period, Eric Fehr gave the Caps a three-goal cushion. Working his way behind the Penguin defense, Fehr set up in front of Fleury and called for the puck. When it finally made its way in deep, Fehr and Brooks Laich took whacks at it.  Fehr’s persistence gave him another chance from a severe angle just to Fleury’s right, and Fehr used some deft stick work to get the puck on his blade to flip it over Fleury’s pad to make it 3-0.

Mike Green closed out the scoring barely a minute after Fehr’s goal, converting a two-on-one break with Evgeny Kuznetsov by wristing the puck past Fleury’s glove on the far side to make it 4-0. Braden Holtby made it all stand up in goal, turning away all 27 shots he faced for his fifth shutout of the season.

-- For Ovechkin, it is now 13 goals in his last 13 games and his fourth multi-point game in his last five. In addition to his taking over the top-spot among goal scorers, Ovechkin is now tied for 12th in total points on his 13-4-17 scoring pace over those same 13 games.

-- On the matter of multi-point games, Mike Green had a goal and an assist for his third multi-point game in his last five contests and fourth in his last nine games.  He is now tied for 14th in scoring among defensemen (5-24-29) despite appearing in only 40 games, fewer than any of the defenseman ahead of him.

-- Brooks Orpik recorded an assist for his 10th point this season. He is the 17th Capital to reach double figures in points. The Caps had 16 players reach that mark all of last season.

-- Holtby’s fifth shutout of the season is a new career best for him, and he is tied for second in the league, one behind Fleury.

-- This is not the first time that consecutive games have ended in shutouts in this series. Actually, it is the third in-season occurrence (fourth overall, including shutouts spanning seasons). It isn’t the first time one team recorded the shutouts, either. Washington shut the Penguins out on consecutive 1-0 scores February 6th and 21st, 2011.

-- This was the third consecutive shutout pitched in this series, the first time that has happened in the 206 regular season games between these clubs.  The Penguins defeated the Caps, 2-0, last March 11th in the last meeting of the clubs in the 2013-2014 season.  The Pens have not scored on the Caps in 125:12 of total ice time.

-- Tom Wilson broke a personal 15-game streak without a fight when he and Zach Sill went at it in the first period.

-- Odd stat… Pittsburgh defenseman Kris Letang had five shot attempts.  All of them were blocked.  In fact, 15 of 23 shot attempts from Penguin defensemen were blocked.  So much for getting pucks to the net.
-- The Caps solved Fleury four times, making it three times in his last four games that Fleury allowed four or more goals (0-3-1, 4.34, .867).

The Caps can play with anybody, if properly motivated, and the Penguins never seem to fail to provide that kind of motivation.  They are also doing more than holding their own in the Metropolitan Division (11-3-4).  These are good signs for the Caps, especially given the Penguins’ difficulties in the division (6-9-4).  One wonders how it is that the Caps can look so flat and listless against teams like Edmonton and Columbus, and then put together a complete effort such as that displayed last night.  It suggests that the Caps’ stiffest competition over their last 34 games will not be the teams they face on the ice as much as what is in their own heads.