Washington Capitals vs. Boston Bruins -- The Cousins Weigh In on Game 1 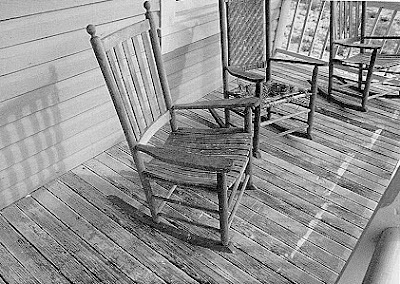 The Washington Capitals defeated the Boston Bruins in a thrilling overtime 3-2 win on Saturday night in Washington in Game 1 of the East Division semi-final.  And frankly, it left the cousins absolutely spent.  Fearless consumed an entire bottle of some snooty wine whose name I can’t pronounce, and when the game went to overtime he opened another and announced loudly that the Caps would end the game before he drained the bottle (he drained it anyway), while Cheerless went through an entire bag – party-size bag, mind you – of spicy barbecue pork rinds with a case of Old Milwaukee (his favorite because it’s “aged in the can”).  He was up most of the night dealing with the inevitable discomfort, but he said it was “ a good discomfort,” whatever that means.

But now that they are semi-conscious, it is time to take stock of just what went on last night and what it means going…

Fearless: ...not so LOUD, cousin…my head feels as if Messrs. Oshie and Ovechkin are going through their (urrrp) pre-game ritual in my head.


…going forward in the series. So guys, first up, were the Caps good, or were they lucky last night?

Fearless: The hockey gods were wearing red jerseys last night, cuz.  Take a close look at that overtime goal credited to Nic Dowd.  It should have been credited to Tuukka Rask. Tom Wilson laid out a beautiful pass to T.J. Oshie that was as soft and comforting as a 2000-thread Egyptian cotton bed sheet, and Oshie let fly with a one-timer that Nic Dowd redirected.  But watch what happens after that…

The redirected puck hits goalie Tuukka Rask right in the logo and drops right in front of him.  Easy cover from there, right?  But no…starting at 1:10 of the video, watch Rask’s left pad gently cradle the puck and Rask pulling it back between his own legs to trickle over the goal line – an “own goal.”


Cheerless:  Wait, the game’s over?

Peerless: While Cheerless is getting what few wits he has about him, let’s address the elephant in the room.  Craig Anderson had a whale of a game last night, but can he do that three more times?

P: Cheerless, where are you?

Fearless: He, uh…is having some…

P: OK, Fearless, looks like you get this one, too.

Fearless: Everyone seemed to mention in the postgame commentary how calm Anderson was when he came in for the injured Vitek Vanecek.  To my untrained eye, he looked a bit…quirky?  A bit unsteady on his skates in places, a few rebounds – ultimately inconsequential ones – left lying around.  But he made the saves he had to make.  But nothing in the playoffs escapes scrutiny, and I’m betting the Boston brains were going over the game video with a fine-toothed comb to see where Anderson might be vulnerable in Game 2.  Those first 20 minutes on Monday night will tell a lot about where Anderson stands (assuming young Mr. Vanecek is unable to answer the bell).

P: It seemed Boston was a bit “imperfect” last night, if you know what I mean.  The “Perfection Line” had seven shots on goal for the game (David Pastrnak had six of them), but they did combine for 20 of the Bruins’ 63 shot attempts.  Was it good defense keeping them out of good scoring areas, or was the Patrice Bergeron-Brad Marchand-David Pastrnak line just snake-bit?

Fearless: This time of year, opponents are scouted thoroughly.  Then, it is a matter of execution, and this was an example of the sort of execution the Caps displayed in most facets of the game last night.  Pastrnak is the sort who just naturally seems to find holes and voids in defenses, and that might explain his high shot total, but the other two never really seemed to be announcing their presence with much authority in the offensive end.  Credit the game plan and the on-ice execution.

P: That brings up a point about Marchand… given that the Bruins lost, and he was very quiet in the process, does he do something “Marchand-y” to get the Bruins’ engines revving early in Game 2?

Fearless:  TLW (that little weasel) is an opportunistic sort when it comes to that sort of thing, and his antennae will be working overtime to find opportunities.  Yes, I suspect he’ll be looking to do something Boston fans will love, and the rest of hockey will think suspendable.

Cheerless: Weasels gonna weeze.  It’s what they do.  Speakin’ o’ which…when should I fire up the grill for my famous weasel stew?

P: Let’s just hold off on that…

Cheerless: you know the secret ingredient is crushed pork rinds to give it that rich, full-bodied tang, right?

Fearless: Streaming “The Hillbilly Gourmet” on TV, are we?

P: Guys, can we get back to the subject?  Last night’s game was physical, to say the least.  A total of 92 credited hits.  Will these teams – can these teams – maintain that physical tempo, and does it advantage one team or the other?

Cheerless: Yeah… and no.

Fearless: I think what Cheerless was trying to say, what he put so succinctly, is that these teams are built in similar fashion when it comes to this sort of thing.  They do not shy away from the physical arts, adept as they are at applying them or receiving them, and using them as a means to generate momentum.  But I thought it was interesting how the teams got to their totals.  The Bruins had 41 hits, but more than half – 22 of them – were credited to three players.  Chris Wagner had eight (in 11 minutes and change of ice time), Sean Kuraly had six (in 13-plus minutes), and Jeremy Lauzon had eight (in 19 minutes). Seven Bruins skaters had none.  On the other side, the Caps had 51 hits spread among 15 different skaters. Nine skaters had at least four hits, Brenden Dillon and Michael Raffl leading the team with six apiece.  I’m not sure what that says, if it was Game 1 adrenaline at home or a “one for all, and all for one” mindset.  I’m of the thought that the balance suggests that the Caps are going to try to tenderize the Bruins every chance they get.  What it means for the Bruins as far as their totals are concerned, I’m not sure.  I did see where the Perfection Line was blanked in its entirety in this category, including TLW (that little weasel), but then again, it’s not their game.

P: Is there any player for the Caps who needs to raise their game for Game 2?

Fearless: All of them.  That’s what makes the playoffs the playoffs.  It’s like a crescendo in a Beethoven symphony…all the sections – strings, winds, percuss…

Cheerless: Oh, there he goes again with the Baked Oven music thing…

Fearless: Where was I?

Cheerless: About to sing that “Pie a la Mode to Joy” thing, I think.  Speakin’ o’ which…we got any pie?

Fearless: One thing I have been watching.  Since T.J. Oshie had his hat trick in that inspirational performance in New York after his father passed away, he has one shot on goal in about 41 minutes of ice time over three games.  If he gets off that little slump, the Bruins are going to be in some trouble.

P: Did any Capital surprise you with their performance, and can that player sustain it?

Fearless: In a dog food bowl?

Fearless: Brenden Dillon.  A goal, plus-1, two shots on goal, four attempts, six hits, three blocked shots.  As far as the top line numbers go, among his better games of the season.  Can he sustain it?  Probably not, at least as far as scoring goes. Shoot, that was his first NHL playoff goal last night in his 71st career playoff game, and that one bounced of the blade of a defenseman’s stick.  The rest of it?  That’s why he’s here, the physical edge.

P: Finally, are there any lingering questions you have about last night’s game and its importance going forward?

Fearless: It is always “first to four,” not “first to one.”  The Caps are 29-21 in Games 1 of the postseason in their history, and it has not been the most successful of histories, 2018 notwithstanding.  This is going to be a war of attrition, not unlike the Scythian Campaign of Darius the Great, the third Persian King of Kings during the Achaemenid Empire era, who employed a…

Cheerless: There he goes again…

Fearless: I just wonder if Caps fans will get discouraged when the Bruins win a game and revert to the “we’re doomed” mindset of years passed?

Cheerless: My question is, “who is the Caps’ emergency backup goalie these days?”

P: And with that, rest up Caps fans, we might have six more of these against the Bruins.

Posted by The Peerless at 10:37 AM No comments: