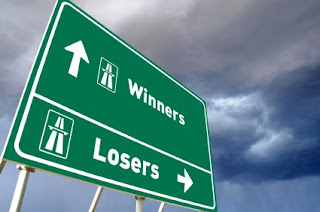 The ink is barely dry on the paperwork making yesterday’s trades official, and already we have outlets proclaiming winners and losers, issuing grades, and opining on which team “won” the trading deadline.

Hold your horses, folks. Let’s think about something for a moment. Why are “buyers” at the trading deadline “buying?” It’s not to win another game or two in the last 20 regular season games (unless they are on the playoff bubble). They are doing it to fit a last piece into a Stanley Cup-winning puzzle.

I heard one commentator on the radio breathless gushing about all the moves Boston made in the days leading up to the deadline. I saw one respected blogger handing out grades. Another even proclaimed – gasp! – the Caps the winner of Deadline Day.

Given the object of the exercise, it’s a little bit…no, way too early to be issuing grades or identifying “winners” and “losers.” What looks good on paper today might not have that same appeal in a couple of months.

We touched on this yesterday when we asked if Deadline Day matters. Last year, were people gushing about the steal Chicago made in obtaining Nick Boynton from Anaheim for future considerations? And two years ago, the saga of Bill Guerin was more a tale of intrigue (the mysterious team with which the Islanders did or did not have a deal) than it was his being a player that could make a team – ultimately Pittsburgh – a winner on Deadline Day. Pittsburgh, hard as it is for Caps fans to remember, won the Cup with Guerin in tow.

Winners and losers are not made on Deadline Day. They are built long before those last pieces of the puzzle are fit in. Oh, granted, it is quite entertaining to see who will go where and to speculate on who improved their chances to win a Cup most from among their peers. Caps fans can take comfort in the fact that the team improved itself in the deals it made yesterday, filling holes and increasing the overall talent level. But it is not until after the ice shavings settle in June that we can know who “won” or “lost” yesterday and the days leading up to it. If the Stanley Cup is the standard by which one evaluates such things, the “winner” is the team that skates the Cup around the rink, not the team that gets a high grade from hockey commentators or bloggers (including this one) this morning.
Posted by The Peerless at 8:52 AM 1 comment:

The Peerless Prognosticator is ON THE AIR!!! -- Caps vs. Islanders, March 1st

Hey, didn’t we just do this? With the Islanders, that is. The Caps complete the extended home and home with the New York Islanders (begun with a 3-2 win on Long Island on Saturday) by hosting the Islanders at Verizon Center tonight. Since last Saturday, as you know, things have changed on the Caps’ end.

Adding Marco Sturm to that mix as a waiver pick-up means that the Caps will have tuned over a sixth of their skaters taking the ice since Saturday’s game. The three will provide a measure of veteran experience (a combined 2,472 regular season games of experience) and offensive punch...we hope.

About that offense. Arnott, Sturm, and Wideman have among them only 26 goals this season, but there are circumstances concering that fact. Regarding Sturm, he is coming off knee problems that began on his first shift of last spring’s second round playoff series against Philadelphia. In the meantime, he moved from Boston to Los Angeles and has been limited to four goals in 17 games this season while finding it difficult fitting in with the Kings and satisfying their head coach, Terry Murray. Before this season Sturm averaged 22 goals per 82 games played over 12 seasons. If knee injuries have not robbed him too much of his speed, he could provide more reliable (or more consistent) scoring on the wing from the second line than the Caps have been getting lately.

Wideman brings a minus-26 number with him from Florida. Only Ottawa’s Erik Karlsson has a worse plus-minus number heading into tonight’s play. However, that number comes while playing almost 24 minutes a night for a struggling team, and Wideman has eight power play goals (the entire Florida team has only 29). He has 25 power play goals over the last three-plus seasons and has 34 power play goals in his 439 career regular season games (by way of comparison, Mike Green has 41 power play goals in 366 career games). He will be insurance on the back line, especially on the power play, given Mike Green’s uncertain health status. And, he could allow the Caps to manage John Carlson’s minutes a little more closely (Carlson picking up a number of responsibilities lately as injuries dig into the Caps’ blue line).

Arnott could be the key here. That the Caps have had second line center problems since Sergei Fedorov departed is well known. The last couple of years have been a search for a replacement. Arnott comes in, not with the rest of the regular season in mind, but his 106 Stanley Cup playoff games experience, his 30 playoff goals, and his Cup-clinching goal in 2000 in mind. His 13-11-24 scoring line in 62 games this season does not look especially impressive in the context of his career (he has averaged 28-35-63 per 82 games in his career), but in assuming for the time being the second-line center responsibilities he will be replacing the youngsters who have spent much of the year auditioning for that role – Marcus Johansson and Mathieu Perreault – who have a combined 16-16-32 in 85-man games between them. His 51.3 percent faceoff percentage is better than either Johansson (40.7 percent) or Perreault (45.6 percent), and he has the bulk to be able to compete physically with the big centers in the east against whom he might be playing. More to the point, he has a certain familiarity with two of the most dangerous potential opponents for the Caps in the playoffs – Philadelphia and Pittsburgh – by virtue of his experience facing them in the Atlantic Division.

One of the things that might come hard for a young, highly skilled player late in a season with his team falling out of contention is his ability to maintain focus and finish strong. John Tavares does not have a point in his last three games (all Islander losses) and does not have a goal in his last five contests. Better days lie ahead for the Islanders – in no small part due to Tavares’ presence – but they are now in 14th place in the East, and their fate is sealed. A game like this offers a glimpse at the mental discipline of a young player like Tavares to continue making the effort.

Adding defensemen to a team late in the year is an iffy proposition. It didn’t work for the Caps last year when they added Joe Corvo at the deadline, and this year Dennis Wideman is the contestant to help give the Caps some added push from the blue line. Wideman brings many uncertainties (like the chicken-egg matter of his wildly fluctuating plus-minus in recent years; is he that good/bad defensively, or is it a product of the teams on which he played?), but his ability to score on the power play isn’t among them. Eight of his nine goals were on the power play this season, and he has those 25 power play goals over the last three-plus seasons. Given the Caps’ woes on the power play, especially at home, fans will get a chance to see if he can provide some early returns on the investment of Jake Hauswirth and a draft pick for his services.


1. More Power! The Caps suck on the power play. They are beyond suck on the power play at home.  It has contributed to a disappointing record at home over the past three months.  They have to start demonstrating some ability to make teams pay for taking liberties, or they are going to be pounded into powder when the games matter. Teams will have no fear. The Islanders might be struggling, but they have a competent penalty kill (82.8 percent, tied for 12th). It will be a fair test.

2. Moderate expectations. Integrating three new parts, especially what could be important parts, isn’t something that happens at the snap of a finger or the drop of a puck. But even in a 60-minute game, fans might see more comfort on the part of the newcomers in the third period than early. It’s a process.

3. De-Twitterize. Players all over the league might have had one eye on their mobile devices looking at who was going where and wondering if they would be among those changing teams. It’s over. Back to work. The push starts now.

In the end, these are your 2011 Playoff Washington Capitals, for better or worse. And there is an issue that rises to the surface when you look at the team in that context. Adding Dennis Wideman, Marco Sturm, and Jason Arnott are marginal improvements. But if you are worthy of the term “Stanley Cup contender,” then the important elements of your team were assembled long before the trading deadline. And that means that for whatever improvements this trio might bring to the Caps, ultimately it is on the guys who were here all year (or at least most of it, if you are a Scott Hannan) to push their games to the next level. For whatever Wideman, Sturm, and Arnott might contribute, this is Ovechkin’s, Backstrom’s, Green’s, Semin’s, Neuvirth’s, Varlamov’s, Carlson’s, and Alzner’s team (and others, but you get the point). If they don’t perform at a high level, the additions will not matter. We’ll get a peak at how that might unfold tonight.

...and Happy Trails, David Steckel.  Good luck in New Jersey.
Posted by The Peerless at 6:29 AM No comments: