Capitals vs. Rangers: Seeing is Believing 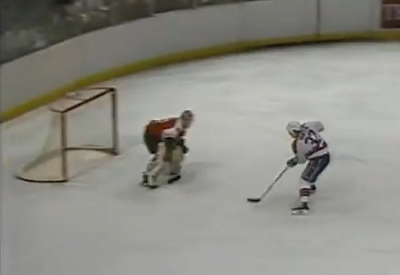 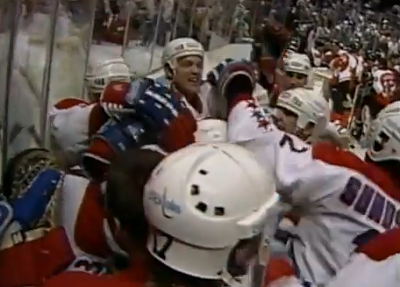 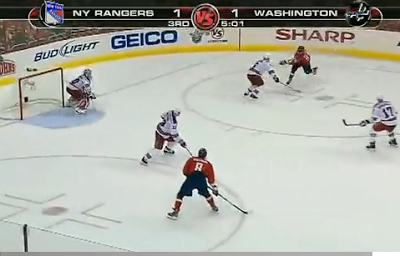 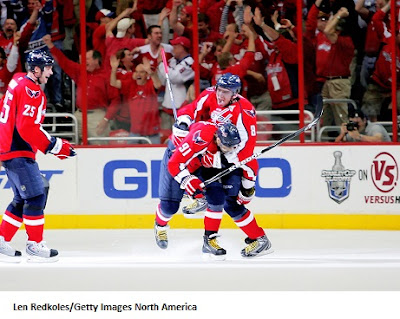 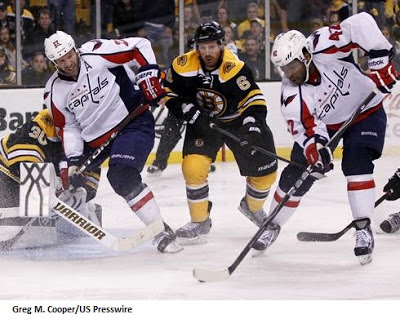 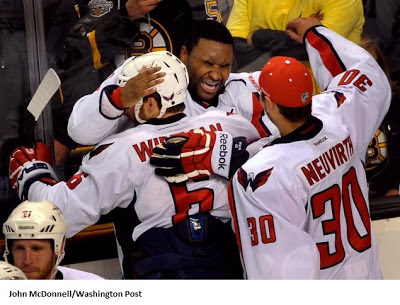 Posted by The Peerless at 4:43 PM No comments:


Now, I want you to remember that no bastard ever won a hockey game by taking a penalty for his team. He won it by making the other poor dumb bastard take a penalty for his team. Men, all this stuff you’ve heard about the Caps not wanting to fight, wanting to stay out of the contest, is a lot of horse dung. Caps traditionally love to fight. All real Caps love the sting of battle.

When you were kids, you all admired the champion marble shooter, the fastest runner, the big league ball player, the toughest boxer. Caps fans love a winner and will not tolerate a loser. Caps play to win all the time. I wouldn’t give a hoot in hell for a man who lost...and laughed. That’s why Caps have never lost and will never lose a game. Because the very thought of losing is hateful to Capitals.

Now... hockey club is a team. It lives, eats, sleeps, checks as a team. This individuality stuff is a bunch of crap. The bilious bastards who wrote that stuff about individuality for ESPN don’t know anything more about real hockey games than they do about fornicating.

We have the finest food and equipment, the best spirit and the best men in the world. You know, by God I actually pity those poor bastards we’re going up against. By God, I do. We’re not just going to check the bastards, we’re going to cut out their living guts and use them to tape the blades of our sticks. We’re going to hit those lousy Ranger bastards by the bushel.

Now, some of you boys, I know, are wondering whether or not you'll chicken out under fire. Don't worry about it. I can assure you that you will all do your duty. The Rangers are the enemy. Wade into them. Spill their blood. Check them into the boards. When you put your hand into a bunch of goo that a moment before was your linemate's face, you'll know what to do.

Now there’s another thing I want you to remember. I don’t want to get any messages saying that we are holding our position. We’re not holding anything. Let New York do that. We are advancing constantly and we’re not interested in holding onto anything except the enemy. We're going to hold onto him by the nose and we're going to kick him in the ass. We're going to kick the hell out of him all the time and we're gonna go through him like crap through a goose.

There’s one thing that you men will be able to say when you get back home. And you may thank God for it. Thirty years from now when you’re sitting around your fireside with your grandson on your knee and he asks you what did you do in the great Stanley Cup playoffs, you won’t have to say, "Well, I shoveled shit in DC."

Posted by The Peerless at 11:58 AM No comments: