There is considerable anticipation this morning among Capitals and Rangers fans over the alleged incident involving Shaone Morrisonn and Brandon Dubinsky during yesterday’s 5-3 Caps win over the Rangers, one in which Morrisonn stands accused of having bitten Dubinsky. When the Ranger sought out a referee to show him the alleged damage inflicted by Morrisonn, Dubinsky was sent to the penalty box to serve a 10-minute misconduct penalty in addition to the roughing minor he earned in his scrap with Morrisonn.

Well, The Peerless has learned that a detailed examination of the Ranger was, in fact, performed after yesterday’s game, and we were able to obtain a partial transcript of the proceding, led by the renowned marine biologist and elasmobranchologist, Matt Hooper of the Oceanogaphic Institute… 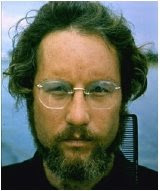 Hooper: The height and weight of the victim can only be estimated from the partial remains. The torso has been severed in mid-thorax; there are no major organs remaining... well, at least his heart is missing…

Right arm has been severed above the elbow with massive tissue loss in the upper musculature... partially denuded bone remaining... This was no whirlpool accident! Did you notify the NHL league offices about this?

Ranger Official: No. Glen Sather just wrote a letter about the foul language Caps fans were using in Washington.

Hooper: The left arm, head, shoulders, sternum and portions of the rib cage are intact... Do not smoke in here, thank you very much!

This is what happens. It indicates the non-frenzied feeding of a large defenseman - possibly Erskimanus or Shaonus Morrisonnus. Now... the enormous amount of tissue loss prevents any detailed analysis; however the attacking defenseman must be considerably larger than any normal defenseman found on this Madison Square Garden ice. Didn't you watch these guys in the pre-game skate?

Ranger Official: No… we were proof reading Glen’s letter to make sure he spelled “egregious” right.


This is not good news for Caps fans.
Posted by The Peerless at 7:11 AM 4 comments: