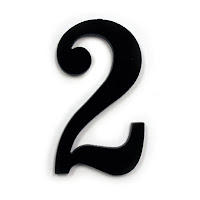 The Washington Capitals bounced back from their 3-1 loss to the New York Islanders on Monday night with a convincing 5-2 win over the Colorado Avalanche on Tuesday night.

It did not take the Capitals too long to open the scoring, Jakub Vrana doing the honors.  Taking a feed from Evgeny Kuznetsov as he was skating through the left wing circle, he snapped a shot that hit goalie Semyon Varlamov in the shoulder and snuck under the crossbar on the short side at the 5:25 mark.

It would be all the scoring in the first period.  The only penalty of the frame was charged to the Caps at the 20-minute mark, John Carlson getting the gate for tripping Gabriel Landeskog after he lost the puck in the defensive zone.  The teams spit 14 shots down the middle, while the Caps enjoyed an 18-15 edge in shot attempts.  Jay Beagle was the only player on either team with more than one shot on goal (two).  Matt Niskanen was the only player on either club with more than one of his attempts blocked (three).

Colorado tied the score in the fifth minute of the period on a broken play.  Matt Nieto controlled the puck behind the Capitals’ net and tried to feed it out to Blake Comeau at the doorstep.  Matt Niskanen got enough of his stick to keep him from getting a shot off, and the puck slid through to Colin Wilson, who had just jumped off the bench and was filling in on the weak side.  Wilson chipped a backhand past goalie Braden Holtby at 4:13, and the game was tied.

The Caps regained the lead late in the period when Varlamov made an error.  Tom Wilson tried to send a pass across the ice from the right side, but it was muffled and settled at Varlamov’s pads, but he could not control the puck.  An attempted clear by Tyson Barrie up the middle was picked off by John Carlson, who leaned into a shot that sailed past Varlamov’s glove and into the back of the net to give the Caps a 2-1 lead at the 17:42 mark, a lead they took into the second intermission.

Colorado had three power plays in the period, failing on the first two while the third carried over into the third period.  The Caps were still waiting on their first power play of the evening.  The Caps had a 10-7 advantage in shots on goal for the period and had a 17-16 edge in shot attempts overall, despite spending 5:08 killing penalties.

Washington took a two-goal lead 5:15 into the third period on a delayed penalty.  With the Caps having a sixth attacker on the ice until the next whistle, Madison Bowey had the puck in the right wing circle when he looked off Varlamov and fed Brett Connolly in the left wing circle for a one-timer that beat Varlamov before he could scramble across the paint.

With the teams skating four-a-side late in the period, the Caps put an end to the suspense.  Off a Colorado turnover in their own zone, Kuznetsov ended up with the puck on his stick and skated in to Varlamov’s left.  Just out of the goalie’s reach, Kuznetsov wrapped a pass around his body and out to Matt Niskanen trailing on the play.  Niskanen wasted no time planting the puck behind Varlamov to make it 4-1 at the 16:19 mark.

Colorado scored with 1:03 left on a shot by Tyson Jost on a shot just under the crossbar, but the Caps answered with an empty net goal by Devante Smith-Pelly with 45 seconds left for the final 5-2 margin.

-- Madison Bowey broke a 13-game streak without a point with a pair of assists, his second career multi-point game and first since he had a pair of assists against the Edmonton Oilers back on October 28th in a 5-2 win.

-- Brett Connolly’s goal was his fourth in December on just seven shots on goal (57.1 percent shooting).

-- Evgeny Kuznetsov had three assists, his ninth multi-point game of the season.

-- Andre Burakovsky had an assist on the Caps’ fourth goal, his 100th point in the NHL.  He became the 77th player in team history to hit the 100-point mark with the club.

-- The Caps won for the 13th time on home ice this season to tie the Tampa Bay Lightning once more for the league lead.

-- It isn’t often that a center leads the Caps in shots on goal, and if they do, one might think it would be Nicklas Backstrom.  Rarely will it be Jay Beagle, but he was the leader with four shots on goal.

-- The Caps held the Avalanche to 24 shots on goal, the second-fewest allowed this season on home ice.  Washington allowed the Florida Panthers 23 shots in a 4-1 loss on October 21st.

-- John Carlson wins the all-you-can-eat buffet coupon for this one.  He had a goal, finished plus-2, took two minor penalties, had two shots on goal, seven shot attempts, two takeaways, and three blocked shots.

A solid win, giving the Caps an 12-2-0 record in their last 14 games on home ice.  It was another shared effort with five goals scored by five different players an ten players sharing in the points.  The Caps played a bit dangerously in allowing Colorado four power plays, but in one of their most dominating efforts of the season did not allow the Avalanche a power play shot on goal in 6:25 of shorthanded ice time.  It was not flashy, just a solid, all-around effort of the sort the Caps can build on as they take their show on the road to Boston on Thursday.

Posted by The Peerless at 9:56 PM No comments: