Throw records out the window...well, some of them

We're down to the cream of the crop. Well, the top 53.3 percent of the league, anyway. And as we head into the second season, one of the operative phrases is, "you can throw the regular season records out the window," the idea being that everyone is now 0-0.

Well, before we discard the regular season in its entirely, let's think upon something put together by The Falconer, who undertakes a rather comprehensive look at contenders versus pretenders. It might be a surprise to some to discover best team in the East in this analysis when it comes to winning percentage against playoff teams.

Hint...it's not Montreal, and it's not Pittsburgh.

As The Falconer put it, "What does the data tell us? Don't underestimate Washington."
Posted by The Peerless at 3:56 PM No comments:

Your First Round Prognostos...Devils vs. Rangers 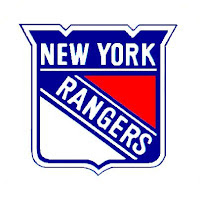 And the last of the “other” Eastern series …

If one watched the Devils this year, one might get the impression of a tired, boring team running on fumes. The thing is, they won 46 games. However, only one of those wins came against the Rangers. If you look at this series, you’d have to like the Devils’ chances to go to the Stanley Cup finals…if they win this series. They are 1-4-3 against the Rangers, 38-22-4 against the rest of the East.

But there is that pesky record against the Rangers. The Rangers do not play the Devils’ style, but they do match them for results on the defensive side of the ledger. The Rangers and Devils ranked 4th and 5th, respectively, in goals allowed per game this year. Neither club will make anyone forget the 1985 Edmonton Oilers, but the Rangers overcame an absolutely abysmal start, offensively (26 goals scored in their first 15 games – and that includes scoring five on opening night – and shutout three times in their first eight games of the season), to climb – if that is the right word – to 25th in per-game scoring. That would be two spots above . We think it safe to say that the opinions of the families of the players – and Larry Brooks – notwithstanding, this will be looked upon as the most boring series of the opening round.

The Rangers dominated the numbers, as their record would suggest:

Looking at the Rangers top scorers, and their success against the Devils:

But if there is a “secret weapon” for the Rangers, it’s Nigel Dawes. He has four of his 14 goals on the season against the Devils in seven games. And he’s been quite the sharpshooter…those four goals came on a total of 12 shots (33.3%).

In goal, Henrik Lundqvist has certainly risen to the occasion against his Devil counterpart, Martin Brodeur. He has all eight decisions (7-0-1) with a 1.09 GAA and .956 save percentage to go along with it. He doesn’t have better numbers against any other team he’s played at least two games against this year.

On the other side, the Devils are an offense-starved club, which makes the job of Brodeur that much more difficult. As for the Devils’ leading scorers this year, their record against the Rangers is, as one would expect of a team that scored nine goals in eight games, rather grim:

That’s seven of the nine goals…so forget the idea of a secret weapon based on this. As we noted, it makes Brodeur’s job that much harder. You look at a guy who has a 1.96 GAA and .922 save percentage in eight games, and you’d scratch your head as to why he has one win, and that one coming in a shootout. Well, when your teammates get you barely a goal a game, there is no need for any further head-scratching.

Posted by The Peerless at 11:42 AM No comments:

Your First Round Prognostos...Penguins vs. Senators 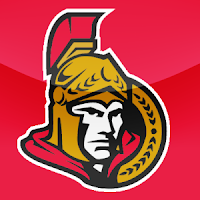 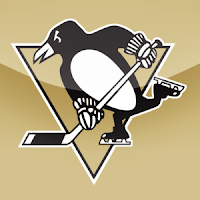 Next up in our tour of the other playoff series…

Even though the Senators won the season series and bring more playoff experience to this series, there is something more than ominous about this matchup. It has the whiff of change about it. Pittsburgh has the motivation of having lost in the opening round to Ottawa last year, and they are – let’s face it – an extraordinarily talented team that is as healthy as it has been in months, with Marc-Andre Fleury and Sidney Crosby appearing to be recovered from their respective ankle injuries (or at least as much as they will be for this season).

lost the battle of numbers to the Senators this season every bit as much as they lost the win-loss contest:

And, the big guns upon which the Penguins will rely haven’t had any particular success against this team…

If there is someone to watch, though, it might be Ryan Malone, who is 4-2-6, even, in his four games worth of work against this year.

The great unknown here is goaltender Marc-Andre Fleury. Fleury had a 40-win season last year and this year finished with a sparkling 10-2-1, 1.53, .950 record after returning from an ankle injury. Despite the remarkable run Ty Conklin had when Fleury went down, Fleury is the unquestioned number one goalie. But the playoffs have been another matter for Fleury in his young career. Since turning pro, he is 3-10, 3.78, .869 in his AHL and NHL playoff career and has not won a playoff series. Which Fleury shows up will be as important a factor as any in determining how far the Penguins will go this year.

What might make things a bit easier for Fleury, and for the Penguins in general, is that the Senators come into this series wounded in important areas. Daniel Alfredsson and Mike Fisher are out with head and knee injuries, respectively. They are being described as out for “weeks,” which might mean “months” if the Senators can’t find a way to discover production from elsewhere in their lineup. Alfredsson was 3-5-8, -1 in four games against the Penguins this year. As far as the remaining leaders on this team are concerned, there is some substantial production against the Penguins this year…

As if the injury situation isn’t enough for the Senators, there is the goaltending situation. Martin Gerber has taken over the number one job, and one would have to think he’ll get the call to start the series. However, despite his 2-0-1 record against the Penguins this year, his 3.25, .877 numbers don’t inspire the greatest confidence. Ray Emery, who appears to have played himself out of Ottawa, if the Senators can find a taker in the off-season for the two remaining years on his contract, has played in one game since late-February. He has a 1-0-0 record against the Penguins this year (2.77, .914), and he was the goalie of record in all five games of a 4-1 Senators series victory over the Penguins in the opening round last year.

With all due respect to , probably had the best overall season in the East this year. To finish second in the conference having lost their top center (and defending Hart Trophy winner) and top goalie for a large portion of the season is quite a feat. They enter the playoffs as the favorite of many to reach the conference final, if not the Stanley Cup final. They come into the playoffs comparatively healthy and playing well (11-4-1 in their last 15 games). They are catching a team with their best player on the bench with an injury. Even if both teams were completely healthy, Pittsburgh has more fire power (whatever the league goals/game rankings say) and a much better defense.

Fleury has to demonstrate that what success he’s had so far doesn’t restrict him to being a regular season wonder who folds up in the playoffs. Until he has that playoff success, there will be doubts about his big game ability. also has deeper playoff experience as one of last year’s Cup finalists; the fact that they are injured is a cause for concern, not panic. Their play is likely to reflect that.

There is perhaps no series among the eight in the first round where who wins Game One is more important. If wins, especially if they hold to a low goal total, it will add confidence to the talent they already bring to this matchup. On the other hand, if wins, especially if Fleury has a difficult game, then perhaps the seeds of doubt will be planted in the heads of the younger team.

Your First Round Prognostos...Canadiens vs. Bruins 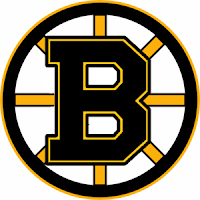 Before we get hip-deep in Caps-Flyers stuff this week, what about the other series? Well, your Uncle Peerless has the low-down. Let’s start with the Canadiens and Bruins…

swept the season series, 8-0, and is on an 11-0 streak against the Bruins dating back to last season. That’s called, “having a team’s number.” And there really isn’t a secret about how has done it – defense and special teams. has scored more than three goals once in this series since December 23, 2006, and the Canadiens' special teams have been utterly dominating. The Montreal record this year against Boston attests to that:

Among the skaters, some guys got all fat and happy playing against the Bruins:

has to get more production from its top guys, who haven’t had much success against the Canadiens this year. For example, their top five season scorers:

On top of this, Kobasew is out with a fractured tibia, and Savard has been on the shelf with a back injury. Which means, much of the load is going to fall to Tim Thomas in goal. What Thomas has done against is quite different than what he’s done against the rest of the league…

finished the year strong – 14-4-1 since losing consecutive games on February 21-23. Their top scorers have had a lot of success against the Bruins, and Carey Price appears to have achieved a comfort level as the number one goalie and in his season against the Bruins. Meanwhile, they will be taking on a team that is, for a playoff team, limping (in more ways than one) into the playoffs. Don’t let that 13-6-7 Bruin record over the last 26 games fool you. In addition to the seven overtime losses (four by way of Bettman’s Gimmick), three wins came via the gimmick. We’re done with that nonsense for the year.