The Peerless Prognosticator is ON THE AIR!!! -- Game 48: Penguins at Capitals, January 28th

The Washington Capitals return home this evening after their 4-3 loss in Columbus to the Blue Jackets to face the Pittsburgh Penguins.  It will be the first home game for the Caps since the All-Star Game break, and it will be the first of three meetings of these clubs over the next four weeks.

Pittsburgh is coming off a 5-3 win at home over the Winnipeg Jets, no mean feat given that the Jets went into the break on a five-game winning streak.  For the Pens, the win broke a four-game losing streak and expanded their lead over the Caps in the Metropolitan Division to five points.

In our abbreviated prognosto for this game, here are some facts with which you can impress your friends…

The Caps would not be the Caps if they didn’t make it hard on themselves.  That’s what they have done to open the post-All-Star Game portion of their schedule.  They lost a game against a beatable opponent last night, then have to turn around, head home, and play a rival on national television.  Well, if it was easy, I’d be in the NHL and not writing this stuff.

Posted by The Peerless at 7:14 AM No comments: 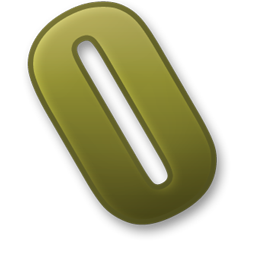 Last night’s 4-3 loss to the Columbus Blue Jackets was a slap in the face for the Washington Capitals. Or, more precisely, a puck in the face, for that is how the game-winning goal would be scored by the home team.   A shot by Fedor Tyutin found its way to the face of Nicklas Backstrom and dropped to the feet of Cam Atkinson, who took advantage of the gift to flick the puck past goalie Braden Holtby for the fourth and final goal for the Blue Jackets.

You could say things were not looking good for the Caps, and when Backstrom took a face full of puck five minutes into the third period, it put an exclamation point on the Caps’ predicament when falling behind in games. Evgeny Kuznetsov scored 12 minutes into the period to make the game close, but that would be all the Caps could muster in the late stages of the contest, dropping their fourth straight game, 4-3.

-- This was the Caps’ third consecutive game allowing an opponent five or more power play opportunities.  Unlike the first two instances, they did not allow the Blue Jackets to convert on any of their chances, and it broke a three-game streak of allowing opponents a power play score.

-- Alex Ovechkin was responsible for 29 percent of the Caps’ shot attempts last night (15 of 52), but what was more surprising was that Karl Alzner had seven shot attempts (two on goal).  The other five defensemen had a total of five shot attempts.

-- Odd that every skater for the Caps was either a plus (five of them) or a minus (the other 13).

-- Anyone want seconds?  The five guys with plusses were the second line (Evgeny Kuznetsov, Marcus Johansson, and Troy Brouwer) and the second defensive pair (Matt Niskanen and Alzner).

-- Jason Chimera skated only 9:06 last night.  It was not his lowest ice time total for the season, but it was the sixth time in his last eight games that he did not break the ten-minute mark.

-- Chimera’s was not the low ice time for the night.  That would be Tom Wilson, who skated just 6:51, none of it in the last nine minutes.  That makes seven times in his last 11 games that Wilson has skated fewer than ten minutes.

-- After Columbus took a 4-2 lead 5:20 into the third period, the Caps did not register a shot on goal over the next 6:47, getting out-shot by a 7-0 margin.  That shot, by Marcus Johansson, led to a rebound that Evgeny Kuznetsov converted into the Caps’ third goal two seconds later, at 12:09 of the period.  After that, the Caps would record just one more shot on goal, that by Jay Beagle.

-- The loss dropped the Caps to 5-4-0 in the first half of back-to-back games this season.  All four losses have been by one goal, three of them ending in a 4-3 decision.

There went a wasted opportunity for the Caps.  First, with the schedule getting harder quickly after this game, Columbus was an opponent that the Caps should have – and needed to – dispatch quickly.  Second, the Rangers played last night as well and lost, so the Caps let pass an opportunity to jump them in the standings.  Third, they wasted one of the two games in hand they held over Boston, which whom they are tied with 57 points.  Fourth, they failed to keep pace with the Penguins – their opponent tonight and a team they could have closed to within one point of with a win in regulation.

If the Caps fail to make the playoffs this season, it might not be in a collapse, but rather death by a thousand nicks of the sort they inflicted on themselves last night.
Posted by The Peerless at 6:38 AM No comments: