Seems where you play matters in terms of the relationship of special teams to team success.  Consider the following table of our "ecstasy index" (power play plus penalty killing efficiency):

Among Eastern Conference teams that are currently playoff-eligible, six of them are in the top half of the rankings in this measure (note that the Caps are not among those six teams).

Meanwhile, out west, only two teams -- Vancouver and Detroit -- are in the top 15.

So far, special teams seems to matter in the East, not so much in the West.

How 'bout that?
Posted by The Peerless at 8:40 AM No comments:

Email ThisBlogThis!Share to TwitterShare to FacebookShare to Pinterest
Labels: how 'bout that, the peerless prognosticator, things that make you go 'hmm...', Washington Capitals 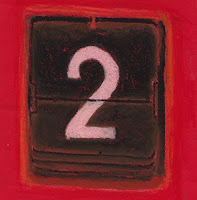 What folks might not have expected was that if it was to happen, it would not be John Carlson getting his third straight three-point game, but rather it was Dennis Wideman recording his first career hat trick and throwing in an assist for good measure, finding his way onto the score sheet on all four Caps goals.

It was a night of bests for Wideman…

-- Meanwhile, Wideman is 3-3-6 in his last four games with points in three of them.

-- Sometimes, it just takes a little breakdown and you pay for it. Consider the goal by Phil Kessel that got the Maple Leafs on the board in the second period. Tomas Vokoun had some difficulty dealing with Toronto’s antics at the goal line to his right, especially as Tyler Bozak was trying to whack the puck in from the post, but on the other side of the play, John Carlson looped out from behind the net following Joffrey Lupul and came out a little too far with Phil Kessel lurking almost in front of him. Kessel jumped into the opening when the puck squirted out the far side, and he had nothing but net to shoot at. Maybe not quite a breakdown, but close enough for an opportunity.

-- The second Toronto goal was one of those things that happen. Cody Franson, trying to keep the puck in at the blue line while almost backing over it, flings the puck at the Caps’ net. But down in front, Nikolai Kulemin, a player of some size (6’1, 225) was parked in front of Vokoun. Karl Alzner – no small man himself – was down there, too. It left Vokoun with little to look at but pants, and he never saw the puck floating by.

-- It was a far cry from the first meeting of these teams in one important respect. In the first game, Toronto was successful three times on five power plays on their way to a 7-1 win. Those three goals came on eight power play shots in a span of 6:03 of power play time. Last night, the Caps went shorthanded only twice, killing off both penalties, allowing only two shots on goal in the four minutes a man down. Both of those shots on goal came from defensemen (John-Michael Liles, Cody Franson).

-- On the other side of the man advantage equation, the Caps were 4-for-6. It was the first time the Caps scored as many as four power play goals in a game since going 4-for-6 against Philadelphia on December 5, 2009, in an 8-2 win in Philadelphia. It was not close to a record, although the record came against Toronto. The Caps recorded seven power play goals in a 10-2 win over the Maple Leafs in Washington on March 13, 1987 (curious thing about that game – the Caps scored five goals in a span of 183 seconds in that game).

-- Alex Ovechkin could not build off his highlight-reel goal from the Ottawa game, but he did get an assist to make it seven games in ten in which he has recorded a point. His eight shots on goal made it 15 in two games, the most he has had in consecutive games since he had 16 shots in two games (eight in each) against Pittsburgh and the Rangers on February 21st and 25th last season.

-- From the “oh, by the way” file… Nicklas Backstrom had a three-point game (1-2-3). That makes five points in his last two games (2-3-5) and his 12th multi-point game of the season. It was a season high in points in a game for Backstrom, who is on a pace to finish the season with 93 points.

-- Alexander Semin finished the night with no shots on goal and only one shot attempt. That makes six shots on goal in his last five games. Do the quick math here. Even if he was a 17 percent shooter (one for every six shots), that is a pace for a 16-goal season. As it is, he is now on a pace to finish the season with – yes – 16 goals. That is about half what might reasonably have been expected of him (we had him down for 33 this season).

-- Vokoun is slowly finding a rhythm. Last night made three games in four in which he allowed two goals. He has a .912 or better save percentage in each of his last four games and has stopped 118 of 127 shots in those four games (.929).


In the end, you can’t have a ten-game winning streak in two games. But two games is what the Caps have won in succession, and things that have looked poor or inconsistent have looked better – the power play (5-for-10), penalty kill (7-for-8), offense (nine goals), goaltending (57 saves on 62 shots -- .919 save percentage), scoring from the blue line (four goals and ten points), and of course, winning – two wins.

The Caps now enter a mine field in the schedule, though. They host the Eastern Conference-leading Flyers on Tuesday, head west to Colorado and Winnipeg, then face a string of opponents who can frustrate the Caps’ offense – Nashville, New Jersey, Buffalo, the Rangers, and Buffalo again. They might be finding their game just in time.
Posted by The Peerless at 8:03 AM No comments: