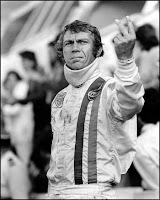 It looked a little too much like the Washington Capitals’ previous game – a 4-3 overtime loss to the Carolina Hurricanes. The Caps took an early lead against another Southeast Division opponent, the Tampa Bay Lightning, just as they did against Carolina on Tuesday. Again, it was a lead they could not hold. The visitors took a one-goal lead deep into the third period – again. But the Caps got a late goal to tie things up and send them to overtime – again.

But this one had a different ending, in part because the ending had a different beginning. Against Carolina, the visitors chose to open the extra session with an offense-oriented lineup that included Eric Staal and Jiri Tlusty at forward. The Caps countered with a defensive foursome of Jay Beagle, Troy Brouwer, John Carlson, and Karl Alzner. Maybe it set a tone. Carolina won.

Last night, Tampa chose to open the extra frame with Tom Pyatt, Nate Thompson, Eric Brewer, and Victor Hedman – not an explosive quartet. It allowed the Caps to begin with Alex Ovechkin, Marcus Johansson, Mike Green, and Dmitry Orlov. The Caps could go for the kill shot opening with that group. They didn’t score on their first shift in overtime, but it might have put the Lightning back on their heels. Tampa Bay would not record a shot in the extra session, while the Caps had four. The last of them was, in its own way, one of the best shifts of the season for the Caps on offense…

Start with a mistake. Ryan Shannon had the puck for the Lightning at the Tampa blue line, but instead of moving the puck forward, slid it across to Brett Clark (remember the minus-24 of which we spoke in the pregame?...keep it in mind). Clark tried to move it forward, but Ovechkin was in his way. No turnover would be credited, but Clark lost the puck there.

Then, Jason Chimera circled around Ovechkin and collected the puck. Using the circle route to build speed, he jumped inside Shannon, who let him go down the left wing boards. Chimera then outdueled Eric Brewer and then Shannon again for the puck, eventually sending it out to the high slot where Dmitry Orlov was waiting. Orlov had a clear and clean shot from down the middle, a fact that no doubt occurred to Tampa goalie Dustin Tokarski as well in that instant. Poised to defend the shot that was coming from Orlov, it never came…at least not from there. Orlov took a wind up as if to shoot, but slid the puck to his right, where Ovechkin was waiting. Ovechkin threaded a shot past Tokarski before he could slide over, and the Caps had their gift from the Hockey Gods in overtime that they did not receive on Tuesday.

But it was also a play in which guys did things they needed to do -- Ovechkin at least getting in someone's way on defense, Chimera using speed, then grit along the boards (even if Tampa's defense really wasn't putting up much of a fight), Orlov finding a hole in the zone and then using a little moxie to make a play, and finally Ovechkin burying a chance instead of the goalie blocking it away (like Cam Ward did in the Carolina game on Tuesday).

-- Steven Stamkos skated 30 shifts last night and finished the evening with only two shots on goal and no points. Why? Of those 30 shifts, “Carlzner” were on for 26 of them. Give those two credit for a defensive job well done.

-- But not too much…they were on for both power play goals scored by the Lightning.

-- Tampa Bay coach Guy Boucher is not going to be too happy with his defense. First, how is it that Keith Aucoin (5’8”, 171 pounds) does not get tied up, or smothered, by Victor Hedman (6’6”, 229), allowing Aucoin to get a stick on a Karl Alzner drive to score the game’s first goal?

-- Then there was the Marcus Johansson goal to tie the game late. The Lightning looked like the “Mites on Ice” portion of the evening trying to control the puck along the wall in their own end, and never getting it over the blue line to safety. Eric Brewer failed to move it up the boards and out, then Hedman was slow and out of position to deal with a quick pass from Wideman to Johansson for the shot Tokarski had little chance of stopping.

-- Speaking of attempts, one of the things we have been thinking Alex Ovechkin needs to do is to become a bit more “selfish” in his play. Not as in “puck hog,” but as in a Michael Jordan kind of way. I’m the man, and I’m going to be the guy to take the big shots. Ovechkin had 14 shot attempts last night, five of them on goal, one of them in. He is not a sniper, even when he is on, but rather a force of nature that inexorably wears opponents down.

-- Jay Beagle gets the canned ham for ink on the scoresheet…two shots, three attempts, three hits, a giveaway, a takeaway, two blocked shots, a penalty, and five wins in eight draws. Beagle is playing the role he needs to play as much as anyone for the Caps these days.

-- At some point we have to wonder if Joel Ward is going to be benched in favor of Mike Knuble. Ward skated less than eight minutes last night, only two shifts in the third period (none in the last ten minutes). He was the only Cap skater without a shot attempt.

-- Spreading things around…12 different Caps skaters finished in plus territory last night. By the same token, six different Caps (out of eight possible skaters) were on the ice for the two Tampa Bay power play goals.

In the end, the Caps found a way to win. They did it with relentless pressure late, outshooting Tampa Bay 17-3 after Teddy Purcell’s goal to tie the game late in the second period. Guess that’s what desperation looks like. Now it gets harder. A trip to Boston on Saturday afternoon, followed by a home game on Sunday against Toronto. Then, a five-game road trip. By the time the Caps return to Verizon Center on March 23rd to face Winnipeg, we will know if there is anything left of the Caps’ season.

Let’s hope the Hockey Gods are in a giving mood.
Posted by The Peerless at 6:50 AM 4 comments: