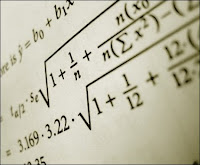 With all the hoopla surrounding the trades of the week just ending and the Caps seeming to have righted themselves in the race to the top of the league standings, we pause for a sobering thought.
For all the statistics that are becoming available to rate team and individual performance, there is one number out there that -- if it doesn't get corrected -- could spell doom for the Caps in a playoff scenario.  That number is:
13.6
That is the difference, in percentage points, between the Caps home penalty killing (86.3 percent) and their road PK (72.7) percent.  The Caps are fourth in the league in home penalty killing, but stand 29th (ahead of only Toronto) in killing penalties on the road.  The 13.6 point disparity is the widest margin of that measure in the NHL.

Chances are at some point in the playoffs, the Caps are going to have to win a game on the road.  That chore is made of much harder when you can't kill off penalties with a team buzzing about you and their fans roaring in your face.  If there is one facet of the game the Caps need to shore up, this likely is it.
Posted by The Peerless at 2:10 PM No comments:

The Washington Capitals played the role of welcoming host tonight at Verizon Center, doing their level best to present the Tampa Bay Lightning with a win wrapped in a bow. But in the end, the cranky uncle from North Carolina said, “enough of this crap,” scored two goals, and the Caps had a 5-4 win over the Lightning.

Scott Walker, late of the Carolina Hurricanes, potted his first and second goals as a Cap, including the game-winner with 6:51 left. It wasn’t what he was brought on to do, but there weren’t many Caps tonight who were doing what they were brought here to do.

Part of that was some determined play by the Lightning, some of it was blind luck, and too much of it was a somewhat indifferent attitude in their own zone…

-- The Alexes had ten of their combined 18 shot attempts blocked, which in no small way accounts for their having a total of one point between them (Ovechkin had an assist).

-- Mike Lundin took most of those for the team, blocking seven shots by himself for the Lightning. But the one that folks might remember took place when Ovechkin got all of a one-timer and rocketed it off Andrej Meszaros. Meszaros was knocked off his pins with the shot and had a lot of difficulty getting back to the Lightning bench. Being the second period, it was the long change, so he had quite a painful skate. He did finish second on the Lightning with four blocks of his own.

-- Tampa Bay had five power plays, and the key for the Caps seemed to weather the first 25 seconds. Twice, they didn’t. The Lightning scored their two power play goals in a combined 35 seconds of power play time – that taking the faceoff in the offender’s end workin’ for ya? Vincent Lecavalier beat Eric Belanger on a draw followed by a Steve Downie goal ten seconds into one power play. Later, the same pair had the same faceoff result but the puck coming back to Lecavalier for a goal 25 seconds into the man advantage.


-- Green’s perp walk was followed six seconds later when Brooks Laich was whistled for high-sticking Mike Lundin (who probably should have gotten a star tonight, but didn’t). Then, Tom Poti got the gate 50 seconds after that for high-sticking (2-for-40 cents at Wal-Mart, tonight only). This was probably the turning point, if you could call it that. Instead of the Lightning taking advantage of the overlapping penalties to the Caps, they came up empty to close the second period, trailing at the second intermission 3-2.
-- You could tell the Caps still have some rust. There were several times tonight when plays opened up a seam in close, but the Caps couldn’t seal the deal, the puck either passed to close to Ovechkin’s feet for a one-timer, or just past the stick of Mike Knuble, or up over a stick and back out of the zone.
-- Scott Walker moment – his two goals came in a sparse 7:33 of ice time. He had five shot attempts (that’s Ovechkian in its pace) and three hits. Packs a lot of fun in his seven minutes, this guy.

-- Marty St. Louis looked for all the world as if he’s just as happy sitting on the outside being the set up guy for Steven Stamkos (who has become quite a load). Three assists for the diminutive one.
-- Need evidence of the development of young Mr. Stamkos? A goal, six shots, 12 shot attempts, three hits, split 14 draws, and almost 24 minutes of ice time. He was still a minus-1, though.
-- The Caps looked rather discombobulated for stretches tonight. While we do attribute that to some lingering rust (and a recurring penchant for attempting the cutey-pie pass when pounding the shot on net will do), the Caps were incorporating three new guys in the lineup. Chemistry isn’t usually of the “instant” variety.
-- Speaking new guys… Belanger, Walker, and Joe Corvo went a combined 2-0-2, plus-3.
-- Speaking of new guys II… of the five goals tonight, four were scored by players not with the club last year (Walker, Knuble).

-- Knuble had a couple of nice ones. The first came off a wrist shot, converting a rush with Brooks Laich on his left. One doesn’t usually see Knuble scoring from open ice like that. The other one came off a scramble in front and Knuble giving goalie Mike Smith a whole lot of backside as a screen. A shot from Nicklas Backstrom was blocked by Mark Parrish before it got to Smith, but with the puck lying between the hash marks, Knuble did a half turn backwards and flipped the puck past Smith’s left pad. Kanoobie was doing flips when the goal was replayed.
-- Give credit to Laich on the first Knuble goal for jumping past Matt Smaby at the Caps’ blue line when Smaby fumbled the puck. Laich got to it first, fended off Smaby, then outraced him down the left side to set up Knuble trailing on the right side.

-- Semyon Varlamov might escape full blame for any of the goals he allowed, but one couldn’t really say he was sharp. If he was, we suspect he’d want the second Lecavalier goal back. He bit on a fake slap shot as Lecavalier was steaming in on a semi-break away. Lecavalier pulled the puck just a touch to the outside, but it was enough as Varlamov had already gone into defense of the shot he thought was coming. Lecavalier ripped the puck past Varlamov’s blocker for the score.

-- On Lecavalier’s first goal, don’t blame the new guys. He circled past Nicklas Backstrom, who lost Lecavalier behind him, and Tom Poti did not close quickly enough to prevent Lecavalier from accepting a pass wide open between the hash marks. Varlamov had no chance on that one. Neither did he have much of a chance on Stamkos’ goal, which seemed more the product of bad communication among Joe Corvo, Brendan Morrison, and Tom Poti. Stamkos found himself just inside the left wing hash marks with just enough time to snap the puck through Varlamov. It extended Stamkos’ points streak to 15 games.  And the other goal was just one of those deflections of the puck from a few feet out that leaves no time for a goaltender to react.

-- If Backstrom was important in the Lecavalier power play goal, then he was absolutely golden on another Lightning power play. With Tampa Bay holding the advantage on a 4-on-3, Backstrom broke his stick but still managed to place himself in harm’s way. Three times in a space of 20 seconds he took the brunt of shots by Kurtis Foster, who has a cannon of a shot. It earned Backstrom a standing ovation from the crowd when he returned to the bench.

-- Boyd Gordon and Nicklas Backstrom picked up the slack with the absence of Dave Steckel in the circle. They combined to go 22-up and 8-down in faceoffs. Gordon was 6-for-7 in the defensive zone.

-- And that goal by Eric Fehr spent about a nanosecond in the net before ricocheting out. He really leaned into one that sailed off Smith’s shoulder and into the far top corner.

It was a remarkably evenly played game, by the numbers. But the difference was in the Lightning’s inability to match the Caps at even strength (note to readers: our prognosto was for the Caps to beat the Lightning 5-2 at even strength, not 5-2 for the game… right?). It wasn’t pretty by any stretch, but playing ugly and still getting five goals has to be deemed an accomplishment. We’re just not sure what it was that was accomplished…

Oh yeah, another win to go up 14 points in the Eastern Conference.
Posted by The Peerless at 1:03 AM 2 comments: