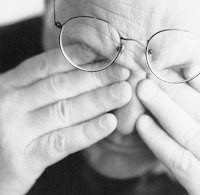 Well, there is no longer any question about what has to be done by the Caps in this series.

Talk about Sean Avery (who has been an incomprehensibly selfish liability to the Rangers in this series) or Henrik Lundqvist, or the phases of the moon, and it all comes down to this now…

That’s what the Caps are left with, as for the second year in a row, they are faced with having to claw out of a 3-1 deficit in games after the Rangers’ 2-1 win last night.

Looking back over the game, the Caps did almost everything right…

The right guys got the shots on goal – Alex Ovechkin had 11, Nicklas Backstrom had five, Alexander Semin had three, Mike Green had a pair. 21 shots on goal by the young guns, and only one made it through (Ovechkin).

The Caps had power play pressure – 11 shots on goal in six power plays…but no goals.

They hit with the Rangers – the Caps had 24 hits to 27 for the Rangers.

They had fewer giveaways – five versus seven for the hosts.

They withstood an early rush by the Rangers in which the blueshirts had six shot attempts on goalie Simeon Varlamov (four shots on goal) before the game was four minutes old and before the Caps had so much as attempted a shot on goal.

But for all the things that the Caps did right, for all that will be said about Henrik Lundqvist this morning (deservedly so), and for all the words that will be devoted to Fate hating the Washington Capitals (and you have to wonder), it was what a lot of folks think is a little thing that started the Caps off on their voyage of despair last night.

If you decompose the faceoffs, it goes like this…The Caps lost 39 of 58 draws last night (32.8 percent winning percentage). They were worse in the defensive zone, winning only five of 17 draws (29.4 percent). But the unkindest cut of all came down to one faceoff and two players who had interesting (if unfortunate, for the Caps) turns of fortune in the circle in this game.

David Steckel came into the game having won 15 of 29 draws in the series (51.7 percent). Brandon Dubinsky came in having won 24 of 54 (44.4 percent). They met for the first time in the Caps’ zone at the 13:52 mark of the first period. To that point in the game, Steckel and Dubinsky had faced off twice, the two having split the draws. On this occasion – on Steckel’s only defensive zone faceoff taken in this game – Dubinsky won it cleanly, and three seconds later Paul Mara scored (more on that in the “Fate” portion of the show, later).

One could spend time talking about the flubbed glove save on the part of Varlamov that led to what would become the winning goal by Chris Drury early in the second period – and it was precisely the sort of error that one would worry about with a young goalie – but the object of the exercise for the Caps in this one, as it was in Game 3, was to get a lead. When Mara scored, the game tilted toward Henrik Lundqvist, and that is a position the Caps have not found to their liking so far.

But then there is the matter of Fate, and the perverse sense of glee it seems to take in tormenting the Caps, no matter who wears the sweater. Last night, Fate outdid itself, and it manifested itself in two plays.

The first took place on that faceoff between David Steckel and Brandon Dubinsky. Yes, Dubinsky won the draw cleanly back to Paul Mara, and the Ranger defenseman sent the puck on its way toward the Caps net with a harmless enough looking shot. But the puck, steered by Fate, looked to have struck Ranger Nikolai Zherdev, then the stick of John Erskine, before popping behind Varlamov. The puck changed direction more than a tourist at the Smithsonian Metro station exit.

Alex Ovechkin came into this game having failed to notch a goal in 24 shots on Lundqvist. It hadn’t kept him from reloading and firing again. But there was one play on which he didn’t take the shot (a faint echo of a situation in Game 7 against the Flyers last year) that gave Fate its chance to enter, stage right.

With 3:50 left in the first period and the Rangers nursing that 1-0 lead, Ovechkin swiped the puck from Scott Gomez at the top of the Caps’ zone and sped off the other way. As Dan Girardi backed off Ovechkin entering the zone, Gomez pinched down to provide support. In a hundred – no, a thousand similar circumstances – Ovechkin (by this time at the top of the left wing circle) would have snapped a wrister, perhaps through Girardi’s legs, at Lundqvist. He would, in fact, do precisely such a thing later in scoring a goal.

But this time he left a perfect drop pass that Sergei Fedorov – trailing the play – stepped into and launched toward the net. Lundqvist, who was angled to receive the shot from Ovechkin that never came, was beaten cleanly by Fedorov’s drive. Fate, however, nudged the shot a little high, where it slammed into the crossbar and off into the corner, leaving Ovechkin behind the net raising his arms in celebration of a goal that wasn’t scored.

The series is now four games old, and it could be said that the Caps have “outplayed” the Rangers in each of them. But this isn’t figure skating, there are no style points at this time of year. They’ve done 98 percent of what they needed to do, that last two percent being “put the puck past the goalie.” If you had told us that the Caps would have held the opponent – any opponent – to three goals in the last three games of this series, we’d have assumed that the Caps won all three games. That the Caps have lost two of them is the stuff of legend of the sort that characterizes this franchise over the past 25 years of playoff hockey.

You can talk about shooting more, shooting less, getting bodies in front, doing better on the power play, this, that, or the other thing. But now the task becomes much simpler. Fail to perform it, and it’s golf in May again. Given the way the other goalie has played in this series, you can’t expect that Henrik Lundqvist is going to lose three games in a row. The Caps have to beat him.