Capitals vs. Flyers: Takeaways and Throwaways from Game 4 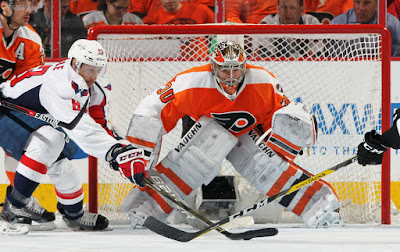 Game 4 in the playoff series between the Washington Capitals and the Philadelphia Flyers is one that Caps fans hope they do not look back on with the same wistful memory expressed in the last lines of the poem, “Maud Muller,” by John Greenleaf Whittier…

“For of all sad words of tongue or pen,
The saddest are these: ‘It might have been!’”

The Capitals had a chance to write new history in Game 4 with a win for a series sweep, what would have been the first in franchise history in a best-of-seven series, but that history waits for another day.  For now, we can address the takeaways and throwaways of Game 4.

It is not losing a game that is a problem, it is losing “games”…plural, as in “in a row.”  One of the hallmarks for the Caps this season has been in avoiding the plural form of the noun, “loss.”  The Flyers cannot afford any instance of that word, or their season is over.  As much as Game 5 has an ill-sounding ring to Caps fans, wouldn’t you rather be in the Caps’ position right now?

Photo: Len Redkoles/NHLI via Getty Images
Posted by The Peerless at 10:22 AM 2 comments: 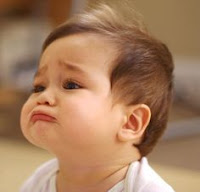 History will have to wait for another day. The Washington Capitals were denied a sweep of their Eastern Conference quarterfinal series by the Philadelphia Flyers on Wednesday night, the Flyers holding on for a 2-1 win. The Caps, still waiting for their first best-of-seven series sweep in franchise history, lead the series, 3-1.

The Flyers opened the scoring in the first period by breaking a string of power play failures. With Taylor Chorney in the penalty box for interference, Shayne Gostisbehere took a Claude Giroux feed at the top of the offensive zone and one-timed it past goalie Braden Holtby at the 5:51 mark for the 1-0 lead.

That was all for the scoring until early in the second period when Andrew MacDonald nearly duplicated Gostisberhere’s goal, taking a pass from Wayne Simmonds at the left point and rocketing a one-timer past Holtby 3:51 into the period for a 2-0 Flyers lead.

T.J. Oshie spoiled the shutout in the third period. In the third minute of the period. Oshie started the play by circling behind the Flyer net with the puck and kicking it out to Karl Alzner at the left point. Alzner moved it across to Matt Niskanen, who let loose with a shot at the Flyer net. The puck pinballed around in front, ending up back on Oshie’s stick to the right of goalie Michal Neuvirth. Oshie had time and space to flip a backhand over Neuvirth’s blocker, and it was 2-1, 2:38 into the period.

That was as close as the Caps would get, though, as Neuvirth closed the door on any comeback hopes, the Flyers extending the series another game with the 2-1 win.

-- It was the Caps’ turn to experience frustration over shots not going in. They out-shot the Flyers, 32-25, and they out-attempted Philadelphia by a 76-47 margin.

-- Jason Chimera and Karl Alzner were the only Capitals without a shot on goal.

-- The key might have been Philadelphia’s discipline. After giving the Capitals nine power plays on Monday night, the Flyers went shorthanded just twice on Wednesday, killing off both Washington power plays.

--  Then there was “Winning for Scott.”  Scott Laughton and John Carlson got tangled up going for a loose puck behind the Caps’ net late in the first period and the Flyers still nursing a 1-0 lead.  Laughton lost an edge and slid hard into the end boards, where he lay motionless.  And at that moment, if only for a moment, everyone was on the same team, hoping that Laughton was not seriously injured… 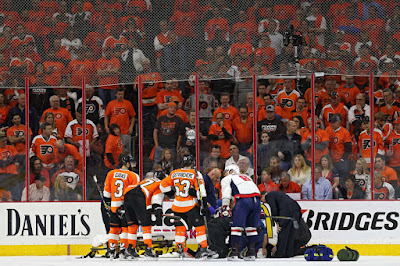 -- John Carlson’s string of games with a power play goal ended at three, and while he did not record a power play shot on goal, he did lead the team in shots on goal overall with five.

-- It was a comparatively quiet night for Alex Ovechkin, who managed just two shots on goal for the game (eight attempts, after getting 18 attempts in Game 3).

-- This was just the eighth time in 38 career playoff games that Braden Holtby faced 25 or fewer shots (he faced 25).  It was just his second loss in such games, the other coming in Game 1 of the Eastern Conference semi-finals against the New York Rangers in 2012, a 3-1 Capitals loss.

-- It was a reasonably even night up and down the roster for the Caps, ice time wise.  Mike Richards was the only Capital not to get ten minutes (9:42).

-- Richards led the team in credited hits with six.  Fourteen of the 18 skaters for the Caps were credited with at least one, which was also true for the Flyers.

-- Taylor Chorney filled in for the injured Brook Orpik, and he did not do badly in 12 minutes and change.  One shot on goal, two hits, two blocked shots.  Oh, there was that penalty that led to the Flyers’ first goal.

Sweeping a postseason series is hard.  Teams that get this far are prideful, and the Flyers are certainly that.  They also had the incentive to sponge away the ghastly performance – that of themselves and some of their fans – on Monday night.  Still, the Caps won the possession battle, they played the Flyers even at 5-on-5, and they were in the game to the end.  If a Caps fan wants to hang their hat on that hook, it’s a pretty sturdy one.  This loss could be – perhaps should be – just a speed bump in this series.  On the other hand, Caps fans might now have that odd feeling in the pit of their stomach about what Friday represents.  “Game 5” has often been a pivotal one, either to close a series (they have won a playoff series in five games three times in franchise history) or as a stop on the way to a seven game series.  If this team is truly different from their predecessors, there will be handshakes on the ice Friday night.