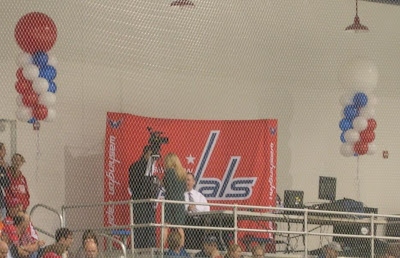 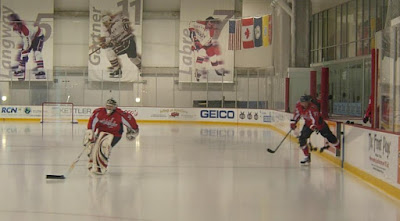 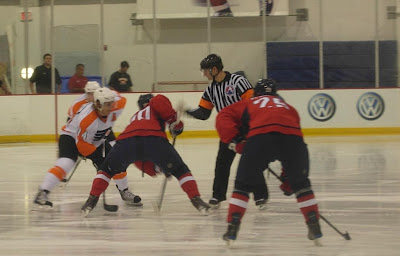 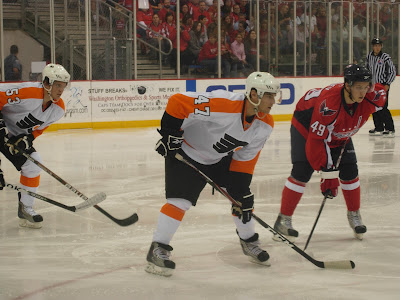 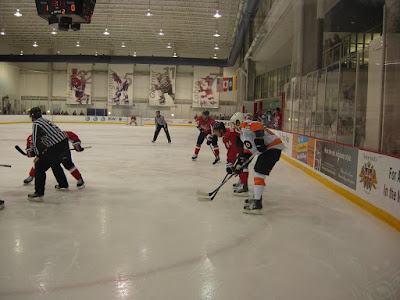 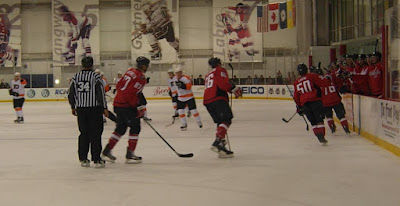 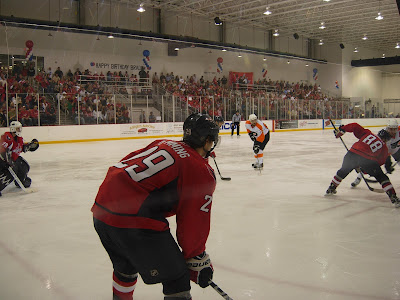 Posted by The Peerless at 7:53 PM No comments:

Michal Neuvirth
Theme: "A lot of people give up just before they're about to make it. You know you never know when that next obstacle is going to be the last one."
– Chuck Norris

Imagine yourself a young goaltender.  A second round draft pick in 2006 (fourth goalie selected).  The next year, you record a 26-8-4 record in Canadian juniors (2.32, .932, four shutouts), followed up by a 14-4 post-season record (2.44, .932) that carries your team to the Memorial Cup semi-finals.  You have cemented yourself as a prospect to watch, except the next year you end up playing for three different teams in Canadian juniors (Plymouth, Windsor, Oshawa).  No matter – you still put up a combined 17-7-8 record and go 7-2, 2.49, .928 in the post-season with Oshawa.  Not much more to prove here.
In 2008-2009, the moving around continues.  South Carolina, Czech Republic, Washington, Hershey.  No matter; he became an all-star with the South Carolina Stingrays – his 6-7-0 record might not have been impressive, but his 2.28 goals against average, .911 save percentage, and two shutouts in 13 games was.  He was brought up for a cup o’ coffee with the Caps, playing in five games (2-1-0, 3.00, .892).  He also managed 17 games in Hershey, compiling a 9-5-2 record (2.70, .904), but saved the best for last.  In the post-season he went 16-6, 1.92, .932 and was the most valuable player of the playoffs as his Bears team captured the Calder Cup.
By now, you’re thinking two things.  First, nothing – at least insofar as moving all around the globe is concerned – seems to stop this kid.  And second, what more does he have to prove?  Well, whatever there was left, he would get his chance.  In 2009-2010 he split time between Washington (9-4-0, 2.75, .914 in 17 games) and Hershey (15-6-0, 2.24, .919).  He polished off the season with another Calder Cup, going 14-4, 2.07, .920 in the process.
Let’s recap… two years in Canadian juniors, where he was 64-21-12 (regular and post season), 2.63, .924, four shutouts)… partial season in the ECHL (6-7-0, 2.28, .911)… two partial seasons in Washington (11-5-0, 2.80, .910)… parts of two seasons in Hershey where he was 54-21-2, 2.20, .920, and seven shutouts (five of them in the post-season, including the only occurrence in AHL history in which a goalie clinched a series with shutouts in Games 6 and 7, as well as a shutout in the Calder Cup clinching game in 2010).  That is an overall record overall of 135-54-14, 2.46, .921, and 13 shutouts.  What is stopping this kid from being not only the top prospect goaltender for the Washington Capitals, but from being in the conversation about the top goaltending prospect in the NHL?
Semyon Varlamov.  Now, what team would not want this problem?
Fearless:  Did you know, cuz, that of the 26 goaltenders drafted in 2006, Neuvirth is already third in total NHL games played?  Only Steve Mason (119) and Semyon Varlamov (32) have more than the 22 that Neuvirth has.  And, he has the third best GAA of any 2006 draftee having played more than 1 game.
Cheerless:  It’s not a long list, cuz – five goalies drafted in 2006 have played more than one game; only seven have played at all.  But it is hard to find a negative here.  He has performed at a high level at each level he has played at from juniors on.  Even last year, facing 31.9 shots per 60 minutes, he had a better save percentage than did Varlamov with the Caps (Varlamov faced 28.2 shots per 60 minutes). But what he hasn’t done well is stop penalty shots.  He’s never stopped one at the NHL level (ok, three tries).  He has never participated in a shootout, so it’s hard to tell if this is a particular weakness he has.  Guess we’ll find out if he’s splitting time with Varlamov, eh cuz?
In the end…
For Caps coaches, this is the best of all possible problems to confront.  For those who cover the Caps on a daily basis, it is a font of neverending speculation as to which one has more potential.  For fans, it provides a neverending source for discussion of who is better (and the flip side, who the Caps should deal).  Varlamov…Neuvirth…Varlamov…Neuvirth.  Both drafted in 2006, both likely to get a big chunk of games to establish their bona fides for the playoffs and beyond, both on the last year of their respective entry level contracts.  Ever since the draft in 2006, Neuvirth has been a half-step in arrears of Varlamov in the pecking order of goaltenders, but he has toiled diligently and, more important, productively at every level at which he has played.
Each has had obstacles in his path to the nets for the Capitals.  With Varlamov it has been injuries.  With Neuvirth, it has been the unsettled nature of his playing location, plus having Varlamov in his windshield.  We noted that Varlamov doesn’t have to be otherworldly, just very good, very consistent, and very healthy.  He has to be because Neuvirth has been very good and at times otherworldly.  This race is not over and won’t be this year, or perhaps next, or perhaps the year after.  And that seems to be the thing about pro sports – there really never seems to be that last obstacle.  It’s always something, someone ahead of you on the depth chart, a particularly nettlesome opponent to conquer, the need to keep one’s skills and health at a high level, the onset of declining performance over time.  But Neuvirth has dealt quietly and effectively with every obstacle he has faced in his young career.  It is hard to bet against him emerging as the eventual front runner in his competition with Varlamov.  And that competition is going to be something that Caps fans hope will be wonderful to watch unfold.
Projection:
38 games, 19-10-6, 2.61, .913, 1 shutout
Posted by The Peerless at 11:40 AM 1 comment:

This notice was sent to season ticket holders concerning the preseason game against Nashville on October 3rd:

In today's Planholder Update, the start time for the pre-season game on Sunday, October 3 vs. Nashville should have been listed as 12:30 p.m., not 7 p.m. The correct pre-season schedule is below.
Thanks and sorry for the confusion.
Posted by The Peerless at 7:34 AM No comments: