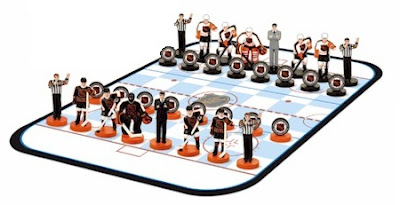 The Washington Capitals were busy this past weekend in what will be a summer-long chess match, trying to position their pieces – new and old – to challenge for a Stanley Cup next season and for years to come. The first order of business was to address the perennial problem of the hole at center on the second line.

In 2008, as the Capitals were making a last push for a playoff berth that seemed impossible just months earlier, the “solution” was to trade Theo Ruth to Columbus for Sergei Fedorov. Adding a veteran of Fedorov’s pedigree provided a measure of leadership that a young team such as the Caps needed, but the fact is that he was on the far side of a legendary career. In 70 regular season games over two seasons with the Caps he was 13-33-46, plus-2. It was a respectable output, and he did score the game-winning goal in Game 7 of the opening round of the 2009 playoffs against the New York Rangers. On the other hand, he missed 30 games in his only full season with the Caps, and he managed only a 2-11-13 scoring line in 21 playoff games with Washington.

In 2009-2010 the solution was Brendan Morrison, a player who posted 20-goal seasons in four of his last five full seasons in Vancouver, but who had wrist and knee injuries in the 2007-2008 season. After splitting time between Anaheim and Dallas in the 2008-2009 season, scoring 16 goals in 81 games, he arrived in Washington as a free agent. He started fast enough with the Caps, going 9-14-23 in his first 29 games. But he went ice cold after that, going 3-16-19 over his last 45 games of the regular season and had but one assist in five playoff games. The next season, he was in Calgary.

In 2010-2011 it was solution-by-committee. Brooks Laich, rookies Marcus Johansson and Mathieu Perreault. It was no solution. At the trading deadline Jason Arnott was picked up for David Steckel and a second round draft choice, and he provided stability and that “veteran leadership” so prized by many. But he missed eight of the last 19 games of the regular season, and he was 1-5-6 in nine playoff games. By July, he was a St. Louis Blue.

This past season it was back to solution-by-committee. Brooks Laich, Marcus Johansson, Mathieu Perreault. If one could have combined the best of the three – Johansson’s speed, Laich’s versatility, and Perreault’s uncanny shooting accuracy – the Caps might have had a solution. But apart, each was an incomplete solution. Johansson wasn’t sturdy enough to deal with the punishment of the position and was prone to defensive lapses, Laich wasn’t as adept a playmaker as the position requires, and Perreault had not yet put together a body of work that suggested he could survive with his slight frame against the burly centers in the East.

As it is, the Capitals have not had two centers with at least 50 points in the regular season since Robert Lang (69) and Michael Nylander (60) did it in the 2002-2003 season. Until Nicklas Backstrom joined the club in the 2007-2008 season, the Caps had no centers hit the 50-point mark since Lang and Nylander did it.

If a problem could be both acute and chronic, the lack of a credible second line center was it for the Capitals.

And that brings us to Friday. The Capitals acquired Mike Ribeiro from the Dallas Stars for prospect forward Cody Eakin and a second round pick in the 2012 draft (the Stars selected Mike Winther with the pick). Ribeiro is a scoring line center. He is not necessarily an elite scorer, but he is a consistent one, especially when compared to the committee/rental approach the Caps have used the past several years to address their problem. For example…

-- While the Capitals have not had a full-time second line center register as many as 50 points in a single season since 2002-2003, Ribeiro has not finished a season with fewer than that number since 2002-2003.

-- He is not an elite goal scorer, but again he is a consistent one. Over eight full seasons he has not finished a season with fewer than 16 goals, with a high of 27 and an average of 20 over that span.

-- Only twice in eight seasons has Ribeiro had fewer than 40 assists (high of 56 twice and an average of 46).

-- He is an efficient player, never finishing a season with a shooting percentage lower than 11.8 percent (high of 25.2 percent and an average of 14.8 percent over the past eight seasons).

-- Last season was the first time in eight seasons Ribeiro finished a season with fewer than 23 power play points (2-13-15). In the seven previous seasons he averaged 7-18-25. That 25-point average would have led the Caps in each of the past two seasons.

-- For a center who is not the largest of his species (6’0”, 177) he has been durable. Only once in the last eight seasons had he played fewer than 74 games in a regular season. And, he has averaged more than 19:30 per game in each of his last four seasons.

-- As much as we loathe the Gimmick, the league still insists on awarding standings points to teams that win the trick shot competition. Ribeiro is 20-for-57 lifetime in the shootout (35.1 percent shooting percentage) with nine of the 20 goals being of the game-deciding variety. If Alexander Semin departs (3-for-6 last season and 15-for-43 for his career – 34.9 percent), the Caps might avoid leaving standings points on the table with Ribeiro.

Offensively, and as a matter of structure and stability, Ribeiro is a solution. That is the good part. On the other hand…

-- There seems to be an issue about his propensity to overstay his welcome – on the ice, that is. As Mike Heika of the Dallas Morning News put it:

“His insistence on taking long shifts used to frustrate the heck out of Brad Richards and Mike Modano, and they could have played a huge part in Jamie Benn having such a strange season last year.”

It is possible to make too much of this – Ribeiro did lead Dallas forwards in average shift length last season (53.0 seconds/shift), but he was tied with Phil Kessel, Shane Doan, Blake Wheeler, Chris Kunitz and PA Parenteau for 14th among league forwards. It does suggest somewhat the need to be managed.

-- Faceoffs…ugh. In eight seasons Ribeiro’s best finish was a 46.6 percent winning percentage, and he averaged 45.1 percent. With Nicklas Backstrom the only returning center having finished 2011-2012 over 50 percent (500 draws minimum), the Caps are not getting improvement with Ribeiro.

-- Then there is the contract. The good part is that the $5.0 million cap hit is reasonable for a player who has averaged 65 points over the past eight seasons. By way of comparison, Ales Hemsky (also with a $5.0 million cap hit) has a total of 100 points in his last 138 games (a 59-point scoring pace), but has been brittle, missing 108 games over the last three seasons. Tomas Plekanec (another $5.0 million cap hit) has averaged 56 points a season. Martin Havlat ($5.0 million) has averaged 51 points a season over his last six years and has missed 130 games in that span. The bad part is it has the one year left on the deal, so the Caps could be right back in this situation this time next year. And, in the event (heaven forbid) the Caps want to move him at the trading deadline in 2012-2013, Ribeiro has a limited no-trade clause (he can specify a ten-team no-trade list).

In the deal that brought Ribeiro to Washington the Caps gave up a “maybe” (Cody Eakin) for a known – and consistent – commodity. Eakin might one day be a second line center, though we think he will be more of a third-line center type. In any event, he is not now a second line center team for a club having Stanley Cup aspirations. Ribeiro provides a dimension on offense the Capitals have not had in quite some time. He is a credible offensive threat on the second line. He can provide power play production for a team that has underperformed on the man advantage the past two seasons. He is not without his warts, but he is a clear improvement over any alternative the Caps had in-house.

In the end, this trade does not have the shock value of a Jordan Staal-for-Brandon Sutter (and other assets) or Luke Schenn-for-James van Riemsdyk deal. However, it addresses a clear need with a player of consistent production. On paper, it is a plus move. But the important concepts there are “on paper” and “a move.” With respect to the latter, the Caps have almost $21 million in cap space to build on this move, either through trades for talent or through free agency. This first move looks promising.
Posted by The Peerless at 2:11 AM 1 comment: