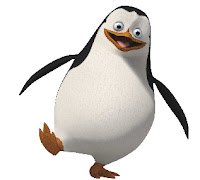 So…You’re outshot, 42-23, including being outshot 34-15 in the last two periods and overtime. You’re outhit, 44-31. You had to skate off ten more minutes in power play time, 14-4. You are skated, outchanced, out…well, just about everything.
And all in a hostile rink.

And still, in the end, it took a deflection off a stick for your opponent to skate off with a win, escaping sure doom had they fallen behind 3-0.

That was the story last night as the Pittsubrgh Penguins rode home on a slapshot from Kris Letang that deflected off the shaft of the stick of Washington Capitals defenseman Shaone Morrisonn and off a post behind goalie Semyon Varlamov in a 3-2 Penguin victory.

Let’s face it, the Caps didn’t play a very sound game. Too timid, too indecisive, too passive… it was as if their car had only one gear all night – reverse. If not for the play of Varlamov, who stopped 39 of 42 shots in what might have been his best performance of the playoffs, the Caps would have been out of this early. That they weren’t is illuminating. If they showed up, maybe it would have been the Penguins who would have been out of it – the game and likely the series – early, especially after the freakish goal scored by Alex Ovechkin 1:23 into the game, a product of Marc-Andre Fleury misplaing a puck behind his own net, losing his stick, then getting back in front of his net too late to stop an Ovechkin drive.

But the combination of Penguin persistence and Capital absence was enough for the Penguins to escape with this being a series once more.

1 – Chris Clark’s had a quiet night on the scoresheet in 6:35 of ice time. One shot was all that marked his line. No other shot attempts, no hits, no takeaways, no giveaways, no blocked shots. Oddly, perhaps, he was on the ice for the Letang winner. Rough night.

7 – Milan Jurcina was pretty much a guided missile all night. He had eight hits on seven different players, lighting up Evgeni Malkin twice, including one slobberknocker.

2 – Delay of game penalties. If you’re going to go a man down, you’d like to exact a pound of flesh in doing so. But these kinds of penalties are like leadoff walks in baseball – a cheap disadvantage that usually comes back to bite a team in the backside. That it didn’t on this night (although it contributed to all the energy that had to be expended killing 14 minutes earned in penalties), the Caps should consider themselves fortunate.

8 – If we were to have told you in the pre-game that a Penguin would have eight hits, how many of you would have raised your hand if you thought that Penguin would be Brooks Orpik. Way wrong answer… it was Ruslan Fedotenko, who had only 14 (in eight games) going into last night’s action.

0 – We can’t expect the Laich/Steckel/Bradley line to score every game. That really isn’t their primary job. And we did get and Ovechkin goal (again) and a Nicklas Backstrom sighting. But neither Alexander Semin, nor Mike Green have a goal in the three games of this series (Green has only two shots on goal). They have five assists between them, but these are guys who averaged more than a point a game in the regular season, and both scored goals at better than a 35-per-82 game pace. They will have to be heard from sometime in this series for the Caps to advance.

1 – David Steckel won 13 of 21 draws. Sidney Crosby lost 18 of 31. But Crosby beat Steckel on the one that mattered, the one that led to the game-winning goal.

38 – the average number of shots per game faced by Varlamov. Caps fans would breathe a lot easier if that number was shaved by ten (the Rangers averaged only 24 in the first round series).

7 – We know that Ovechkin is going to get his. We’re pleasantly surprised by the production of the Steckel line. We know Semin and Green need to increase their production. But seven is the number of consecutive games, and counting, that Brooks Laich has gone without a goal. It is his longest streak since going 13 games without a goal from January 1st through February 1st.

4 – You just get a feeling that a fourth line of Clark, Boyd Gordon, and Michael Nylander should be more productive, or at least energetic, than it appeared to be last night. One shot on goal, no hits, no takeaways. Gordon did, however, win seven of nine draws and logged 6:25 of penalty killing time during which the Penguins did not score.

The theme this morning is equal parts the Penguins dominating play and that this is a competitive series once more. Both are true to a point. Neither team has had a game yet in which all cylinders were firing, but this was the first one in which the Caps effort level didn’t really match the Penguins. Part of that might have been desperation on the part of the home team (only twice has a team come back from a 3-0 hole in NHL history, and the Penguins were the victim of the most recent occurrence, against the Islanders in 1975). But part of it, too, might have been the Caps playing more passively than they should have, allowing the Penguins too much freedom and chasing themselves into a series of bad penalties.

It argues for a better result for the Caps in Game 4, if they show up. Whether they exert their will on the Penguins will go a long way toward that end. Last night, we saw what happens when they don’t… but still, it took a deflection and a post in overtime for the Penguins to finally pull out the win.

Gotta be better in Game 4, because Pittsburgh was in Game 3…