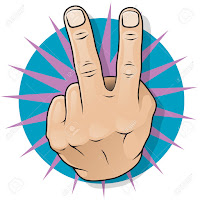 The Washington Capitals closed the first half of their 2017-2018 season on a high note, defeating the Carolina Hurricanes, 5-4, in overtime on Tuesday night in Raleigh.  It was the Caps’ third straight win and broke a three-game losing streak on the road.

The Caps fell behind early when John Carlson served up a turnover on a plate to Victor Rask between the hash marks that Rask immediately converted into his ninth goal of the season, beating goalie Braden Holtby on the blocker side 5:21 into the game.

Barely a minute later, the Caps had the equalizer.  Chandler Stephenson picked off a centering feed in front of his own net and turned up ice.  Skating down the left side, he had the puck poked off his stick at the Carolina blue line but recovered it and fed it in front to Alex Chiasson skating down the middle.  Chiasson redirected the puck past goalie Cam Ward, and it was 1-1, 6:39 into the period.

Six minutes later the Caps took their first lead of the game.  Brooks Orpik sent a long pass out of his own end to Jay Beagle at the Hurricanes’ blue line.  Beagle tapped it back to Devante Smith-Pelly entering the zone, and Smith-Pelly stepped up to fire a shot from the right wing faceoff circle that beat Ward on the long side to make it 2-1 at the 12:53 mark.

The Caps extended their lead mid-way through the second period on a fine individual effort from Dmitry Orlov.  Skating the puck out of his own end, Orlov carried it into the Carolina end and fired a shot that went wide to Ward’s right.  The puck caromed hard off the end board and back across the goal line where Orlov followed it up to smack a shot from a difficult angle past Ward 8:48 into the period.

Rask scored his second of the game on a power play to make it 3-2 at the 11:15 mark, taking a feed from Justin Williams in the high slot and rifling a shot past Holtby.  The Hurricanes took the lead on goals less than two minutes apart early in the third period, Elias Lindholm coverting a pass from Derek Ryan from between the hash marks to tie the game 5:40 into the period and Teuvo Teravainen giving Carolina their first, and only lead of the night, getting credit for giving the Canes the lead when a bouncing puck off his shot hit Holtby’s skate and trickled into the net at the 7:04 mark.

Alex Ovechkin tied the game 12:45 into the third period when Jaccob Slavin failed to clear a loose puck from the left wing wall in his own end, Nicklas Backstrom picked it up and fed Ovechkin in the faceoff circle, and Ovechkin circled in to backhand the puck past Ward’s blocker.

That would be how the teams went to overtime, and the extra period ended early.  The final play started with Sebatian Aho ringing a shot off the post behind Holtby, the puck caroming out to Nicklas Backstrom.  From his own blue line, Backstrom fed Ovechkin who turned up ice.  Skating up the right side, Ovechkin carried the puck into the Carolina zone, faked a slap shot that froze Slavin, and then wristed a shot past a screened Ward to give the Caps the 5-4 win.

-- Three Carolina goals came directly off turnovers from defensemen – from John Carlson on the first Victor Rask goal, from Taylor Chorney on the Elias Lindholm goal, and from Madison Bowey on the Teuvo Teravainen goal.

-- This was Alex Ovechkin’s fourth multi-goal game of the season and first since November 25th in a 4-2 win in Toronto over the Maple Leafs.  He scored on both of the shots on goal with which he was credited.

-- It was Ovechkin’s first multi-goal game this season that was not a hat trick.

-- With his first goal, Ovechkin became the fourth player in NHL history to record 25 or more goals in his first 13 seasons, joining Mike Gartner, Wayne Gretzky, and Jaromir Jagr.

-- Nicklas Backstrom had a pair of assists for his eighth multi-point game of the season.  He has had four of them at home and four of them on the road.

-- The Caps allowed 38 shots on goal.  It was the 11th time this season that Braden Holtby faced at least 35 shots on goal.  Only three goaltenders have faced 35 or more shots more often: New Jersey’s Cory Schneider (12), Nashville’s Pekka Rinne (12), and Toronto’s Frederik Andersen (14).

-- Carolina was 1-for-4 on the power play.  It was the 12th time in 20 road games that the Caps allowed at least one power play goal.  Last night ended a two-game streak without allowing one that tied their high for the season.

-- John Carlson skated 30:51 last night, the first time this season that he topped the 30 minute mark in ice time.  It was the first time a Capital topped 30 minutes in a game since Matt Niskanen skated 32:04 in a 5-4 Gimmick loss to Columbus one year ago to the day before Carlson did it.

-- Did you have Devante Smith-Pelly leading the team in shots on goal?  He did, with five.

It is not often one can say that the goalie was the key in a 5-4 game, but three giveaways by Capitals defensemen deep in their own end led directly to three Carolina goals.  At least it wasn’t one defensemen, the errors made by three different perpetrators (team…do things as a team).  When you add to that the fact that the Caps really took their foot off the pedal after scoring their second goal (they actually led in total shot attempts mid-way through the first period but were dominated thereafter), it put a premium on Holtby not allowing anything soft.  He didn’t; he needed more disciplined play in front of him.

All that said, the Caps still won and extended their lead over the New Jersey Devils in the Metropolitan Division (the Devils lost in a Gimmick to the St. Louis Blues but picked up a point).  Those two points will come in handy this week as the Caps are off until Sunday against the Blues, and the rest of the division catches up on the schedule.  It is entirely possible that the Caps will be tied in standings points with their two closest pursuers in the division on Sunday as the Devils are two points back and have one game this week, while Columbus is four back and plays twice.  What is tight could get tighter. That’s why the points matter.