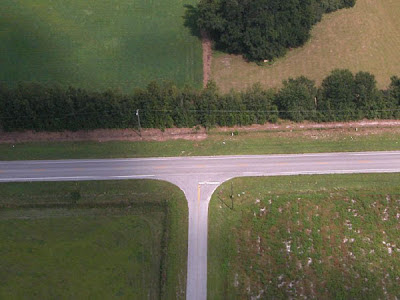 The Peerless found a reference to this article in his mailbox this evening, and it set him to wondering, "is the NHL really growing?"

Then there was this, the latest in those persistent, just-under-the-radar stories that hint at potential expansion, and it set The Peerless to wondering how one-time infusions of fees are a good thing for the long term health of the league.

Higher prices for merchandise and tickets, inflated attendance figures, hints at juicy (albeit one-time) expansion fees down the road. The Peerless was set to wondering how the league was going to grow the product when a stagnant volume of fans are tapped out of ridiculously priced merchandise, charged ticket prices beyond their affordability, and stuck with a diluted product...

The intersection of these wonderments might suggest a good investment for potential owners -- in the short term -- or benefits (or at least tolerable burdens) for corporate swells whose interest is less in hockey than in having a place to entertain clients.

None of this sounds like a very good deal for fans or families. Maybe the NHL had better beware that as it drives through this intersection, it doesn't end up in a ditch.
Posted by The Peerless at 10:46 PM No comments: 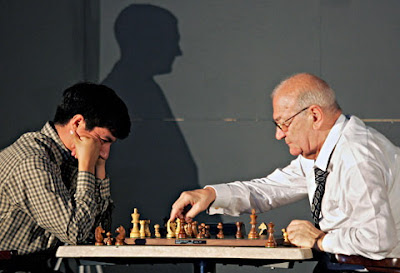 The Canadian press had some interesting things to report on the Caps earlier today. There were the expected comments about being a playoff team -- George McPhee noted that, "we think we should be knocking on the playoff door, that we'd like to be battling to get in that seventh or eighth spot..."

Yeah, yeah, ok...we'd all like to be seeing the Caps battle for that spot. But it was the comments that followed -- buried in the story -- that should get brain cells firing and imaginations whirring. The juxtaposition of two comments from McPhee is especially provacative...

"We know we have a very smart player [in Nicklas Backstrom], a very responsible player, someone who can make a play, someone who is good on faceoffs and really sharp defensively. But you just don't know if they're ready to handle that centre-ice position."

McPhee went on to emphasize that Pittsburgh's Jordan Staal and Boston's Phil Kessel played the wing most of last season, despite each being a natural center.

Well, gee...If Kozlov is going to play with Ovechkin, and Nylander centers those two....and Backstrom ends up on the wing...uh, who is centering the second line?

No plan is (or should be) etched in stone, so if Backstrom can't handle the center duties, Kozlov might move to the second line, with Chris Clark going to play on the right side up top. That'd sure mess up our little benchmarks...but there is a tiny little voice in The Peerless' head asking...."is there a September surprise coming on the personnel front?"
Posted by The Peerless at 10:02 PM 1 comment: 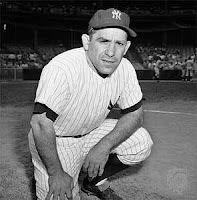 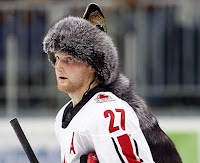 Young Mr. Alzner is showing great promise as a quote machine. Consider this nugget from Mike Vogel's interview with Alzner from the Capitals' home page...

Vogel: Does this camp open your eyes to the types of things you’ll need to do here in September if you hope to make this team?

Alzner: “It’s just little things. Like in practice, I turned up [ice] one time. I handled the puck once and then I passed it. And I was told right after that, ‘You don’t even handle it. You chip the puck off the boards to the guy that should be there.’ And that’s true. Because at this next level when you watch on TV, guys are always open. All you’ve got to do is move the puck quicker and look before you get the puck. It’s really opening up my eyes. I’m happy we have a more intense camp compared to some other teams where they kind of throw sauce around and go off the bar. I’m really enjoying it.”

Throw sauce and go off the bar? What, is that some weird drinking-slash-barbecue game? I think the young man is channeling the best of this guy.

Thanks to MattyMurp on The Official for the lead...