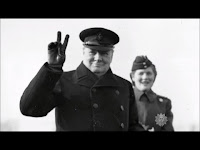 The Washington Capitals hoped to kill two birds with one stone with their visit to New Jersey to face the Devils on Friday night.  First, to wash the bitter taste of an 8-4 loss to the New York Islanders the previous night out of their mouths, and second, to continue their perfect record against the Devils this season.  Both teams got something out of the decision, the Devils forcing overtime to earn their first standings point against the Caps this season, but the Caps getting the extra point on a Dmitry Orlov goal late in overtime for a 2-1 win.

Washington went a man short in the fourth minute when John Carlson was flagged for holding at the 3:18 mark.  The officials then evened things up with a dubious goaltender interference call on Jesper Bratt at 4:41 of the period.  Neither team converted their abbreviated power plays, and that would be just about all the excitement there was in a scoreless first period.

The Caps enjoyed another early power play when Sami Vatanen went to the box at 2:12 for high-sticking.  Despite five shots on goal with this man advantage, the Caps could not score.

Washington did break the scoreless tie when Lars Eller intercepted a clearing attempt up the  boards and fed John Carlson at the top of the offensive zone.  Carlson let fly with a slap shot that handcuffed goalie Mackenzie Blackwood and snuck under his left arm to make it 1-0, 8:22 into the period.

New Jersey tied the game in the 13th minute on a Mike McLeod goal, beating goalie Vitek Vanecek on a rebound of a Jesper Boqvist shot at the 12:53 mark.

The Devils got another power play chance late in the period when Dmitry Orlov was sent off for interference at the 19:07 mark.  New Jersey did not score, but they would carry 1:07 of power play time into the final period.

Nothing happened, so we go to…

Conor Sheary had a glorious chance early in the extra frame, all alone with a breakaway on Blackwood, but could not convert.  The Caps would end it before the Gimmick, though, when Dmitry Orlov carried the puck out of his own end down the left side, and when he got to the left wing circle unleashed a shot that clicked off the stick of Yegor Sharangovich and over the right shoulder of Blackwood for the game-winner at 4:39 of overtime, a 2-1 final.

It was not pretty, and the Devils have not played as bad as their six straight losses to the Caps would suggest.  They played rather well in this one, too.  But the Caps needed a grind-it-out win after the 8-4 shellacking they took at the hands of the New York Islanders last night, and that is precisely what they got.  On to Sunday.