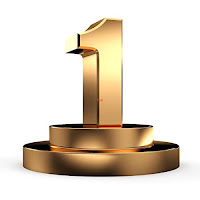 The Washington Capitals ended the first week of the new season hosting the Tampa Bay Lighting at Capital One Arena.  In what ended up being a close-fought, almost playoff-like game, the Caps held the defending NHL champs to a standoff before Steven Stamkos ended the evening in the dying seconds of overtime in a 2-1 Tampa Bay win.

Washington went to a power play at the 3:41 mark, Alex Killorn going off for hooking.  Alex Ovechkin whistled a one-timer off the outside of the post, but the Caps failed to convert the man advantage.

Tampa Bay appeared to take the lead late in the period when Killorn batted a rebound past goalie Vitek Vanecek from the blue paint, but upon further review, it was determined that the puck rebounded off the safety netting, not the glass, rendering the puck out of bounds and the goal disallowed.

The Caps had several good chances in the last minute, but goalie Andrei Vasilevskiy fought off a pair of shots to keep the teams even and scoreless, which is the way the period ended.

-- Tom Wilson was credited with four hits in the period.  None of them were cheap.

Vanecek foiled a two-on-one when he closed the five-hole on Steven Stamkos from the low slot in the first minute of the period.

Nikita Kucherov almost put the Lightning on the scoreboard when he intercepted an ill thought-out attempt at a clear up the middle, but Vanecek blockered Kucherov’s shot away from the low slot to keep things scoreless.

The Caps got a power play 13:29 into the period when Ross Colton was sent to the box for cross-checking.  Washington did little on the power play and was unable to convert.

The teams engaged in a scrum at the Tampa Bay blue line late in the period, but the only penalty doled out was to Carl Hagelin for holding at the 16:38 mark.

Washington broke the ice as the period was winding down to the last minute.  The Caps out-worked the Lightning along the left wing board at the Tampa Bay line.  The puck squirted to Alex Ovechkin, who circled through the middle and ripped a shot past Vasilevskiy’s glove to make it 1-0 at the 18:51 mark.  Just 14 seconds later, Ovechkin appeared to make it a 2-0 game, but Vasilevskiy covered the puck before it could completely cross the goal line, a call confirmed by video review.  The teams would go to the locker room with the Caps holding the 1-0 lead.

-- Alex Ovechkin and Garnet Hathaway led the team with three shots on goal through 40 minutes.  Each also had five attempts to lead the team.

-- Odd, but it was four forwards for the Caps who did not have a shot attempt through two periods – Anthony Mantha, Hendrix Lapierre, Daniel Sprong, and Conor Sheary.

Ovechkin almost got that second goal one more time, turning Ryan McDonagh inside out, circling around McDonagh and in on Vasilevskiy, but his shot went wide off the net on the short side.

Mikhail Sergachev tied the game with a long distance shot from just inside the offensive blue line through a screen to tie the game 4:23 into the period.

Ovechkin had a third chance for his second goal with a shot from a severe angle ticketed for the top corner, but Vasilevskiy got the shaft of his stick on the puck to turn it away.

Ondrej Palat was whistled for interference 14:50 into the period.  The Caps did not convert, and the teams continued tied, 1-1.  This would be how the teams went to…

The Caps got a power play 1:21 into the extra frame when Sergachev was sent off for cross-checking, giving the Caps a 4-on-3 advantage.  The Caps did not convert, but they dominated offensive zone time, even after the penalty expired, Tampa Bay having to resort to icing the puck to get a break.

The Caps paid for not converting when Steven Stamkos grabbed a lose puck in his own end, rushed up ice, and fired a shot under the arm of Vanecek to win the contest, 2-1, with just 14.4 seconds left in overtime.

-- Alex Ovechkin recorded a goal, but he was abo0ut 12 inches from posting a four-goal game. He had one attempt stopped by the thinnest of margins on the Lightning goal line, another that hit the net behind Andrei Vasilevskiy, and a third attempt ring off the shaft of Vasilevskiy’s stick on what looked like a sure goal.

-- Alex Ovechkin finished with eight shots on goal and 14 attempts to lead the team.

-- Conor Sheary and Hendrix Lapierre were the only Caps without a shot attempt.

-- Tom Wilson led the team in credited hits with four.

-- Lapierre had his ice time rationed closely.  He skated under four minutes in all three periods (he did not take a shift in overtime) and had only six shifts over the last 40 minutes of regulation (12 for the game).

-- Vitek Vanecek has stopped 45 of 48 shots through two games (.938).  A full-blown goalie controversy might be on our hands.

Taking the defending Stanley Cup champions to a standoff for 64:46 isn’t the worst of outcomes, especially if you subscribe to the view that the hockey gods were not kind to Alex Ovechkin on this night.  Martin Fehervary looks like the real deal, more than holding his own against a veteran team, Ovechkin looks like he is 26 instead of 36.  Vitek Vanecek has played well in the early going, less vulnerable to wandering and playi9ng himself out of position, looking more compact and calmer than he did early in his rookie season last year.  Getting the second point would have been nice, but this ended up being all but a “toss-up” game.  Caps fans would be wise to take that as a good sign.