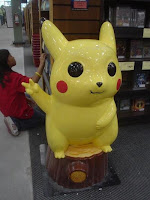 We’ll remember that for the rest of the weekend, knowing that despite 20 minutes of hell followed by 45 minutes of yawn, followed by a Gimmick, the Caps escaped with the extra point this evening, beating the Nashville Predators in a Bettman Special, 3-2.

Only one player for the Caps managed to find the back of the net tonight. It will hardly surprise anyone that the individual who did so was Alex Ovechkin, notching his eighth and ninth goals of the season, and scoring the only goal in the Gimmick (note to Caps fans… there is no hat trick in a Gimmick; enough with the hats).

It sure looked as if this one would be over early. In the first period, Ovechkin scored two goals, the Caps had one power play goal in two chances, the Predators failed (again) to score. Fans might be forgiven if they were limbering up their tossing arms for the hat trick goal that would surely come in the third period.

But then something happened.

The Caps decided they’d play grind it out hockey. That’s not necessarily a bad thing, and it really wasn’t a bad idea tonight. The Caps outshot the Predators 9-0 before Nashville got its first shot on Semyon Varlamov – at 10:32 into the period. You'd have to like that kind of trend.

But the two-goal lead is the most dangerous lead for a reason. Nashville halved the lead when Shea Weber stepped into a slap shot after Patric Hornqvist dropped him the puck. The biscuit sailed past Varlamov’s left ear and into the back of the net. There might be a goaltender who could have stopped that shot, but who that is doesn’t immediately come to mind.

Then, something happened that shouldn’t have. Nashville got a strange goal less than two minutes later. Jeff Schultz played the puck along the boards where it was picked off by J.P. Dumont. Dumont did his best “Ovechkin,” turning and throwing the puck at the net. It looked as if it might have clipped Brian Pothier on the way through, the puck perhaps altering direction just enough to sneak past Varlamov hugging – not tightly enough as it turned out – the right post.

After that is was a Predator sort of game – deliberate, zone to zone, tote that barge, lift that bale. 24 minutes (the last four of the second period, all 20 of the third) of rather boring hockey, which was very much to Nashville’s liking.

Overtime was a bit more interesting, but only a bit as the Caps registered the only shot on goal in the five minute extra frame. It was amazing that with the teams skating only four a side that the puck could still be blocked and pinballed about without ever reaching a goaltender. Again, that suited Nashville just fine, but truth be told, unless Weber was going to step into another one, the Predators might not have scored again until Thanksgiving.

So that left The Gimmick, and Alex Ovechkin, whose performance in games and The Gimmick is like the difference between the Mona Lisa and a portrait of Elvis on velvet, potted the only goal on an hellaciously sick move on Dan Ellis, who but for having stretched before the game might have found his groin somewhere in Adams Morgan after trying vainly to cover enough of the net to stop the shot.

- Wade Belak took a penalty at 3:08 of the first period. That isn’t noteworthy. This is – before the game reached four minutes, the Predators had two breakaways on Varlamov while killing the penalty. Coming within 15 seconds of one another, Varlamov first had to stick out his left pad to stop an attempt by Joel Ward, then had to stand his ground to knock down a wrister by Weber. For that alone, we’d have given Varlamov at least the second star. If Nashville scores there (what would have been only their second first period goal of the year), this is probably a different game.

- Ovechkin is on a pace for 92 goals. No, we don’t think he’ll score 92 goals. But we’re betting the odds of him doing it are a little bit shorter tonight than they might have been yesterday.

- David Steckel earned the hard hat tonight, and “earned” is precisely the verb of choice there. He was a man among boys (or at least younger men) with his work along the boards and in the circle (he won 14 of 25 draws). He was a monster on the penalty kill, using his stick oand body to good use in the 4:38 of shorthanded time he logged.

- Speaking of shorthanded time, there was Quintin Laing getting 5:08 for himself (more than 17 minutes total).

- All in all, the Caps looked to make very good use of their sticks in cutting off passing lanes, especially when Nashville tried to use the middle of the ice as a go-through zone.

- Francis Bouillon is going to need a few extra minutes in the whirlpool tonight… seven blocked shots, three of them shots by Alexander Semin.

- Eric Fehr and Keith Aucoin had one shift each in the third period; Chris Clark had two. The Caps went with three lines for pretty much the entire third period and overtime. Not a bad idea since the Caps don’t play again until next Thursday.

- We don’t say much about the referees in this space, but just what game was Chris Rooney looking at? The hooking call on Nicklas Backstrom in the third period didn’t look like a hook in real time, and it sure as hell didn’t look like any more of a hook in slow motion on the replay. Please, NHL… you can’t find a referee better than this guy somewhere? Anywhere?

- In the last two years combined in Philadelphia, Mike Knuble totaled 46 assists. He is on a pace for 51 this year.

- Speaking of draws, you think it doesn’t matter who takes them? The Caps had 14 defensive zone draws. David Steckel took 11 of them and won seven.

- Nashville is an offense-starved team. How do we know this? Shea Weber led the Predators in shot attempts (eight) and tied for the lead in shots on goal (three). It’s a little like watching the Caps in the day Kevin Hatcher was leading the team in goals.

- Speaking of goals. Goals on the season… Nashville: 9 – Alex Ovechkin: 9

- Varlamov is now 7-0-1 in the regular season, career. This was the first time he participated in The Gimmick.

- Milan Jurcina is quietly putting together a string of solid games on the blue line. Tonight – four blocked shots to lead all players for the Caps. His three hits led the club, too.

- Oh, and we really liked that bit where Brendan Morrison just threw the puck into space, had it bounce off the boards, and skitter to the middle of the ice where Ovechkin could get it and break in on Dan Ellis with Teemo Laakso waving his stick at Ovechkin in pursuit while Ovechkin potted the goal. Just like you drew it up, right guys?... right?

Hey, folks… it was a win. Was it pretty? No. Were there any highlights that weren’t fluky goals? No. Will anyone remember this in March? No.