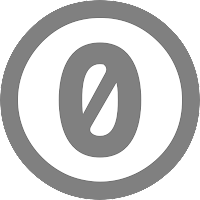 For 38 minutes the Washington Capitals looked as if they were turning a corner against the Ottawa Senators.  They got goals less than five minutes apart late in the first period, added stifling defense (13 shots allowed), mixed in some effective goaltending (Micxhal Neuvirth stopping all 13 shots faced), and had a recipe for inching up a bit in the Eastern Conference standings (a win would have left them tenth in the Conference at the end of the night).

Then came the last 22 minutes.  The Senators scored three goals on their last 14 shots while the Caps  managed only 11 shots (none of which they scored on).  Washington took two penalties (one of which led to the game-winning goal with only 2:30 left).  The horn went off with the Senators winning a 3-2 decision and the Caps still in 14th place in the East.  It was an opportunity lost.

-- More of the same… long stretches of not quite getting it interspersed with short bursts of looking like a functioning hockey team.  The Troy Brouwer goal was one of the latter.  It helped that Guillaume Latendresse started the play by doing something he had no business doing, cutting to the middle of the ice at the Caps blue line with Nicklas Backstronm standing right there.  Latendresse coughed up the puck to Backstrom, who led Wojtek Wolski with a pass for a 2-on-1 with Brouwer heading down the middle.  When Patrick Wiercioch loped instead of skated after Brouwer, Wolski had an open target for a pass. He made good on it, Brouwer deked goalie Craig Anderson to the ice, and the Caps had a lead.

-  The second Caps goal was more simplicity and hard work than the reflection of a system.  Matt Hendricks won a faceoff in the Ottawa end and made a bee line for the net.  John Erskine collected the puck and fired a shot that was blocked by Jim O’Brien.  Erskine stuck with the play and retrieved the puck, upon which he moved it over to Jay Beagle on his right.  Beagle fired, and Hendricks – still camped out in front of the Senators’ net – redirected the puck past Anderson, and it was 2-0.

-  The adventure that is John Carlson continues.  Six shot attempts, four on goal, three blocked shots, and a hit, but he was also on ice for two of the three Senator goals.  He has been on ice for 15 of the 22 goals scored against Washington through six games.  At this rate he will be on ice for 16 more goals in 48 games (120) han he was in 82 games last season (104).

-  Matt Hendricks… a goal (following a faceoff win), two hits, 6-for-7 on faceoffs in just under 14 minutes of ice time.  He is certainly doing his part out there.

-  Eric Fehr and Mathieu Perreault combined for three shots on goal in combined 18:08 of ice time with no points.  If they are out there to generate offense, it is not happening yet.

-  The penalty called on Karl Alzner last night was his first minor of the season and only his 30th in 221 career games.  It was probably the weakest of any of the calls against him, career-wise.  That is certainly not a penalty last January, and it probably is not a penalty a month from now.

-  John Erskine announced his presence with authority last night.  He was credited with eight hits.  But it was his staying with the play that led to the Caps’ second goal that stood out.

-  OK, so the leading at intermission thing is not such a big deal, after all.  The Caps led at both intermissions, and lost.

-  The Caps got power play shots from the guys you want taking them – Ovechkin, Backstrom, Wolski, and Mike Green.  Just not enough of them (one apiece).

In the end, if a team’s fourth line negates your top line in scoring; if their most dangerous scorer is out, and yours is just, well, not there; you’re going to lose.  Still, the Caps really have no excuse for losing this game.  A two goal lead in the second half of the game with the other team’s top scorer out; you need to close the deal with 22 minutes left.  The Caps did not, and it is another opportunity lost, this one against a team they might have been fighting with for a playoff spot.  A spot that even only six games into the season is starting to look like hope more than expectation.