The Peerless Prognosticator is ON THE AIR!!! -- Caps vs. Maple Leafs, March 1st

Tonight, the Caps return home for the back end of a back-to-back set. The Toronto Maple Leafs are in town, and for the Leafs it is one more year in an endless era of disappointment. Since 1967, in fact, the Leafs have the thoroughly unremarkable record of 1,326-1,426 with 383 ties and 47 overtime/shootout losses. In 39 seasons since that championship, they have failed to make the playoffs 13 times. This year is likely to make it 14, the last three in succession.

1967 is a long, long time ago. Here is how long…Chris Chelios was only five years old.

Has it really been a while since sipped from the Cup? Well, let’s take a look at what happened in 1967, and you decide:

We were still on Super Bowl I…in fact, we hadn’t even begun to use the term, “Super Bowl” yet. It was called the “AFL-NFL World Championship Game” (the term “Super Bowl” was introduced in 1970).

Albert DeSalvo – “The Boston Strangler” – was convicted of numerous crimes and sent to prison.

“The Doors” was released

The American Basketball Association was formed

The 25th amendment to the U.S. Constitution on presidential succession was ratified

The first automatic cash machine was installed (Barclay’s Bank in )

The Disney film, “The Jungle Book,” was released

The Corporation for Public Broadcasting was established

NASA conducted the first test of a Saturn V rocket, which would later be used for the lunar missions of the Apollo space program

The first heart transplant procedure was performed by Dr. Christian Barnard, in

The “Concorde” supersonic aircraft was introduced

But tonight we have two teams that are two points apart in the standings but perhaps miles apart in attitude. The Caps sit with 68 points in 65 games, three points out of eighth place in the conference and first place (and a top-three seed) in the Southeast Division. They’ve won two in a row, running up eight goals against two stout defensive teams in and . They’ve allowed only three goals in the last three games, including the 2-1 overtime loss to the Devils last Sunday. They added assets to address specific needs at the trading deadline – Sergei Fedorov, Cristobal Huet, and Matt Cooke – while giving up precious little from their prospect pool (which should not be seen as demeaning to Ted Ruth) or draft picks. Two of those newcomers paid instant dividends in last night’s win in .

has the burden of expectations – the belief that the Stanley Cup is something of a birthright to , its hockey team, and its fans, which must weigh pretty heavily on them since they are last in the Northeast Division, 13 points behind surprising . Finishing in the top-eight is their only route to the playoffs, and they are five points out with 16 games to play and four teams over which they must yet climb.

The Leafs have done their part, though, over their last seven games:

is 1-0-1 since the trading deadline, both games having been settled in extra time (4-3 shootout win in , 3-2 overtime loss in ). The Leafs were sellers at the deadline, dealing Chad Kilger, Hal Gill, and Wade Belak for three 2008 draft picks and a 2009 selection (none in the first round). But the players left behind haven’t done a bad job lately. Some of the better performances over the 5-1-1 run:

In goal, Vesa Toskala has gotten the call in each of the last seven games. He’s provided some solid netminding with only one game having allowed more than three goals. Given Toronto’s effort at making a last push to get into the top eight, it is entirely likely that Toskala gets the call again tonight, even though he played (and lost, in a shootout) last night in Tampa. Over these last seven games, Toskala is 5-1-1, 2.10, .925. Seems the Caps will be facing another goalie who is hot.

If, however, Toskala is rested tonight (seems unlikely, given the Leafs don’t play again until Tuesday), Andrew Raycroft could get the call. That groan you just heard was from any Leafs fans reading this. Raycroft is 2-8-4, 4.07, .868 on the year. It would be fair to say he’s been disappointing.

These are two teams two points apart in the standings, but far apart in terms of the look and feel of them as they move forward. The Capitals were surprising buyers at the trading deadline, the Leafs were in selling mode (and would have been to a greater extent but for players exercising no-trade clauses in their contracts), picking up four draft picks for largely role players. It is a chance for fans to greet the new guys for and get another taste of a playoff push – something absent too long in D.C. That’s why… 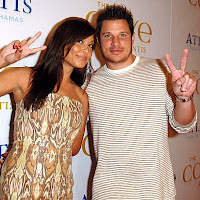 Well, that was fun.

Last night, the Caps solved the New Jersey Devils and their long-time goaltending nemesis Martin Brodeur for a 4-0 win. You might say they put the “dent” in the .

The adjective that comes to mind in looking back over this game is “patient.” A lot of coaches preach sticking to their system ("play your game," in the parlance of the late Herb Brooks). But when a team is frustrated by their opponent in trying to implement that system, they often fall prey to taking shortcuts or taking chances outside the comfort zone of that system.

Not so last night. held the Caps to a measly four shots in the opening frame, and Brodeur turned each of them aside. It was looking like a replay of last Sunday, with the only changes being that of venue and the color of uniform.

Then, Andy Greene took a tripping call midway through the second period. This gave head coach Bruce Bourdreau an opportunity to unleash the hounds…the first unit of the power play was Alex Ovechkin, Alexander Semin, Sergei Fedorov, Nicklas Backstrom, and Mike Green would make the Devils pay for the transgression, finishing one of the prettier plays one will see this season…Fedorov, from the right wing boards, slid a backhand pass to Semin at the edge of the right wing circle. Semin wasted no time getting the puck to Green, pinching down on the weak side, who whistled the puck past Brodeur’s blocker to break the scoreless deadlock. The play was made possible by Fedorov intercepting Patrik Elias’ clearing attempt at the blue line and recycling the attack from there.

The key goal might have been the one scored less than a minute into the third period, when Ovechkin, from the right wing point, sent a pass to Viktor Kozlov in the left wing circle. Kozlov secured the puck and fired before Brodeur could get across to the post. It was a shot that Brodeur might save 99 out of 100 times, but it looked as if it might have changed direction off the stick of the Devils’ Mike Mottau, or a case of Mottau’s stick distracting Brodeur’s tracking the puck.

Tom Poti and Semin ran virtually the same play eight minutes later, only this time Semin one-timed Poti’s pass from the right point past Brodeur on the short side.

The Caps then got some insurance (without even calling Prudential…sorry, couldn’t resist) from Donald Brashear, of all people. Matt Bradley, skating down the left side as the clock ticked past three minutes remaining, sent a shot toward Brodeur that was blocked by Paul Martin. Bradley picked up the loose puck and continued his circuit around the net. But as he was about to disappear behind the cage, he backhanded the puck in front to Brashear, who was left alone in the slot to Brodeur’s right. Brashear snapped the puck into the net before Brodeur could recover, and the victory was complete.

The Caps – who were the better team for most of last Sunday’s loss to – were certainly the better team last night. And a lot of that can be attributed to patience. At both ends of the ice they showed the discipline and attention to detail in running Broudreau’s system until it was Brodeur who cracked in this game. Scoring four goals on Brodeur in the span of 25:38 covering the second and third periods is something the goaltender simply hasn’t seen in a while. It was the only time in February he allowed that many. Brodeur did have his moments, though, chiefly at the expense of Ovechkin (who is now in his longest goalless streak of his young career – seven games). He dove to poke check the puck off Ovechkin’s stick as Ovechkin was breaking in across the crease to foil one attempt in the first period, and he made a “freeze that moment” glove save on a drive by Ovechkin that was ticketed for the far top corner in the third.

On the other hand, his counterpart – the new guy, Cristobal Huet – stopped everything he saw…18 shots worth. That number is quite telling. The difference between 18 and, say, 25 shots might be better defense. Certainly the Caps had that last night, allowing only two shots to reach Huet in the third period – none in the last 6:20 of the game. But is also might be a function of: a) no rebounds that b) the Caps fail to clear. Pucks that hit Huet last night didn’t seem to ever come back out, and the Caps added 11 blocks to ensure that pucks never got to Huet in the first place. To say Huet impressed in his debut is to damn with faint praise, but it was a team effort in their own end, too.

Fun fact…Huet was the second Capitals goalie to start his season for the Caps with a shutout. Olaf Kolzig notched one in the home opener against on October 6th. They are the only two shutouts for Capitals’ goaltenders this season. If you’re wondering about Brent Johnson, he gave up a single goal in his first game of the year, against in the season opener.

As for the other new guy, he can stay. Fedorov might have only the secondary assist on the first Caps goal, but it was his play that got the whole thing started by reaching out and corralling the puck before a clearing attempt by Patrik Elias could skip over the blue line. He also 10 of 13 draws and gave the middle of the second line a presence that just hasn’t been there over the last 20 games or so (in other words, since Michael Nylander left the lineup).

The Caps made the most of what power play opportunities they got, converting two of three. They held the Devils without on in their three opportunities. It was the first time the Devils allowed two power play goals since February 4th, in a 4-3 overtime win against . Although the Caps record is only 3-2-2 over their last seven games, their power play is 7/24 (29.2 percent). It figures to remain formidable with Fedorov added to the mix.

You’d be hard pressed to find a poor performance in the lot from among the Caps in this one. There were some other fine performances to note…Boyd Gordon winning eight of 12 draws and doing a fine job hounding Jersey’s forwards…Nicklas Backstrom getting a pair of assists in as quiet a manner as possible…Tom Poti also notching a pair of assists.

Whatever controversy there might be concerning the goaltending situation isn’t over, but it could be set aside for one night when the Caps made use of one of their games-in-hand over to inch just that much closer. Both teams are in action tonight ( hosting , hosting ). We do not want to get too far ahead of ourselves, but could be playing for first place on Monday, when they take on the Bruins.

This isn’t over yet.