The Peerless Prognosticator is ON THE AIR!!! -- Game 36: Devils at Capitals, December 21st

Welcome to an abbreviated version of the prognosto, this being an extremely busy week for The Peerless in other facets of day to day experience.  The Washington Capitals are hosting the New Jersey Devils tonight in the back half of a back-to-back set of games in another Metropolitan Division skirmish.  Let’s get right to our takes for the clubs…

1.  New Jersey comes into this game with a less-than-happy record for December (3-4-2).  Worse, the Devils have not yet won a road game in regulation this month, losing three times and beating the New York Rangers in overtime.  Their power play is only 4-for-28 in their nine December games (14.3 percent), while their penalty kill is 21-for-26 (80.8 percent).

3.  New Jersey is the Boeing of NHL teams, at least in terms of one-goal games.  Their record is 7-7-7, just like the wide-body aircraft.

4.  Speaking of wide-body aircraft, would you have believed that at age 41, the second oldest skater in the league (to Teemu Selanne), that Jaromir Jagr would be leading the Devils – or any NHL team – in goals scored?  He has 12 goals, one of only two members of the club to top ten goals (Michael Ryder has 10).  Jagr comes into this game on a six-game points streak (1-7-8).  How impressive is that?  He had only one longer streak as a member of the Caps, an eight-game streak in the 2001-2002 season.

1.  ‘Tis the Season.  Nicklas Backstrom is celebrating the holiday season by spreading good cheer.  He has 14 assists in his last seven games, 12 in his last five contests.  He now leads the league in helpers with 33, one more than Sidgeni Malksby in Pittsburgh.

2.  Since Backstrom broke into the league in the 2007-2008 season, recording four or more assists in a game has been done 115 times, nine of them by Backstrom.  No one – not Sidney Crosby (four times), not Ryan Getzlaf (five times), not Joe Thornton or Henrik Zetterberg (three times apiece) – has done it as many times over that span of time.

4.  Back to Backstrom… Only two players – Sidney Crosby (21) and Patrick Kane (19) – have more points scored against their respective division opponents than Backstrom (16).  No player has more intra-divisional assists (13).

5.  Alex Ovechkin likes his home cookin’.  Of his 29 goals, 19 of them have been scored at Verizon Center (leads the league in home goals), and 25 of his points have been recorded there (third in the league).  As you might expect, Nicklas Backstrom does not trail far behind.  He is fourth in home points scored, first in home assists recorded.

Patrik Elias seems to have been with the Devils since they came out of Colorado to settle in the swamps of northern New Jersey.  Actually, he took the ice for the Devils for the first time back in 1995-1996 when he got one game of experience (no points and a minus-1 in a 2-1 loss to Toronto on December 7, 1995, if you were wondering).  He is 16th among active players in games played (1,118), eighth in points (952), tied for tenth in assists (570), fifth in plus-minus (plus-193), fifth in game-winning goals (78), tied for 12th in shorthanded goals (15).  What might be forgotten but for Elias, his family, and die-hard Devils fans is that he was a member of the all-rookie team of 1997-1998 and was a first team all star in 2000-2001.  Still, he is one of the most underrated players of this era, overshadowed by the success the club has enjoyed over his career in New Jersey (two Stanley Cups and two other trips to the finals).  This season he is second on the club in scoring and has points in six of his last eight games (2-6-8).  He is 21-33-54 in 55 career games against Washington.

Don’t look now, but John Carlson is now fifth in the league in goal scoring among defensemen (seven).  He has, at least for the time being, taken over the trigger man duties from Mike Green on the blue line.  He also is assuming a larger burden of power play time, logging 2:35 per game (to Green’s 3:22).  Carlson leads the team and is tied for third in the league in power play goals (four), including the power play tally he had last night in Carolina.  What had been curiously absent from Carlson’s game, from an offensive perspective, is assists.  He had 30 helpers in 82 games in his rookie season and had not really come close since (he had 23 in his sophomore season and 16 last year in an abbreviated season, a 27-assist pace).  He has seven helpers so far this year, a 16-assist pace.  It might not matter much if that booming shot continues to develop.  In 11 career games against New Jersey, Carlson is 2-6-8.

On the other side of the ice, the Devils are 3-4-2 in December, 5-7-2 in their last 14 games.  If anything, it is their defense and goaltending letting them down, at least by Devils standards.  Over their last 14 games the Devils have scored and allowed 37 goals, a 2.64 goals per game scored and allowed.  It is the allowed number that is of concern here.  Only twice in nine games in December have the Devils allowed fewer than three goals (not coincidentally, they won both games).  That’s the fault line upon which this game will be decided. 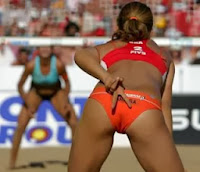 The Washington Capitals and Carolina Hurricanes locked horns last night in Raleigh, North Carolina.  The Caps came out with a win, a 4-2 decision that pushed the Caps to a six-point lead over the Hurricanes in the Metropolitan Division standings and left them five points ahead of the third-place Philadelphia Flyers.

We do not have a lot to say about the game (real life having intruded this week to keep us from spending a lot of time here), but we do have a few comments…

-- Odd that Alex Ovechkin would score his 400th career goal into an empty net.  Only 22 of his 400 goals are of that variety, and he has only three in his last 160 games.

-- With four assists, that makes nine times in his career Nicklas Backstrom hit that mark in a single game.  It is the second time he did it this season (he had four ten days ago against Tampa Bay) and the third time he’s done it in his last 48 games.

-- The second line was more active offensively than we have been used to seeing lately.  They accounted for nine of the 29 shots on goal for the Caps and 12 of the 42 shot attempts.

-- Jeff Skinner had 15 shot attempts for the Hurricanes and nothing to show for it.  What do youthink of that, young man?...


Posted by The Peerless at 7:55 AM No comments: