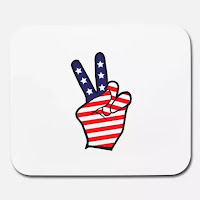 For the Washington Capitals and New York Islanders, the playoffs start early.  Tied at the top of the East Division standings in points – the Caps holding the top spot by a tie-breaker (24 to 21 regulation wins) – the two teams started a three-game set against one another on Thursday night at Nassau Veterans Memorial Coliseum.  The teams could not settle things in regulation or the five-minute overtime, so it was left to the Gimmick, and Evgeny Kuznetsov made sure the Caps could “fly” off with with a "bird" celebration and the 1-0 win with a game-winning Gimmick goal.

The Islanders thoroughly dominated shot generation early, but the Caps got a chance with a power play 12:16 into the period when Scott Mayfield was cited for tripping.  The Caps failed to score on their only shot on goal (Alex Ovechkin), and neither team could score at even strength through 20 minutes.  Caps and Isles, scoreless.

-- Ovechkin had only 3:35 in even strength ice time in the period. Nine forwards had more, and Evgeny Kuznetsov had the same amount.  Only Tom Wilson had less (3:33).

The teams started the second period as they ended the first, unable to find the back of the net.  And the Caps once more had a chance to remedy that situation with a power play when Mathew Barzal was sent off for high-sticking at the 13:29 mark.  Once more, Ovechkin got the only power play shot on goal, and once more, it failed to get across the goal line, and the teams continued in their search for the game’s first goal.

Washington got its third man advantage of the game late in the period when Noah Dobson pitched the puck over the glass for a delay of game penalty at 17:29.  This time, the Caps failed to get a shot on goal in the two-minute advantage, and the teams skated off after 40 minutes still in a scoreless tie.

-- Ovechkin and Sheary led the Caps in shots on goal through 40 minutes with four apiece.

-- Lars Eller won nine of 12 faceoffs through two periods, best winning percentage for either team for players with more than one draw taken.

-- Ovechkin finished the period with 6:00 in power play ice time, 7:56 in even strength ice time.

There was no scoring in the first nine minutes of the period, and then the Islanders got their first power play of the game when Lars Eller went off for tripping.  The Isles did not convert, but they got a second chance with a man advantage when Alex Ovechkin was sent to the box for tripping at 11:49.  They failed on that one, too, and both teams failed to get a goal, sending this contest to…

The Islanders seemed to have the puck for eight minutes of a five-minute overtime, but they failed to score.  So did the Caps, which means….IT’S GIMMICK TIME!!!

-- Evgeny Kuznetsov’s game-winning Gimmick goal was the 19th freestyle goal of his career (third-most in team history) and sixth game-winner (tied with Alexander Semin for third in franchise history).

-- Ilya Samsonov’s shutout was the third of his career, tying Jose Theodore for 14th place in team history.

-- Alex Ovechkin skated only 11:18 at even strength.  Only Carl Hagelin skated fewer minutes among the 18 skaters (10:59).  He did not skate the last 7:49 of the game (third period and overtime) and did not take a turn in the Gimmick.

-- This was the first time the Caps played to a 65-minute scoreless tie since December 27, 2017, when they ended overtime scoreless against the New York Rangers.  They lost that game in the Gimmick.  It is the first time in team history they won a game after going 65 minutes with scoreless hockey.  His last shift was 23 seconds, fueling some speculation he might have suffered an injury.

-- This looks like the first time in Caps history that they won a game after 65 minutes of scoreless tie hockey.

-- The Caps finished the regulation and overtime outshooting the Islanders, 28-26, 23-10 over the last 40 minutes.  Washington out-attempted the Isles for the game, 63-39.

-- Anthony Mantha had his goal streak with the Caps stopped at four games.  He finished this game without a shot on goal.

Yes, it did have a playoff feel to it.  Then again, there was a regular season sameness in one respect.  The Caps started the game slowly after a layoff, playing a comparatively lethargic game for the first 20 minutes, before ramping up the effort in the last 40 minutes.  These two teams are definitely in lockdown mode, with one goal in regulation and overtime (that by the Islanders) in 125 minutes of hockey over their last two matchups.  Now they get to do it two more times.  It’s going to be brutal.

Posted by The Peerless at 10:20 PM No comments: