The Peerless Prognosticator is ON THE AIR!!! -- Caps at Lightning, January 12th

A back-to-back game. Back-to-back…might refer to:

Back to Back, a 1976 album by The Brecker Brothers

Back to Back: Raw & Uncut, a 2008 album by hip-hop artists Method Man and Streetlife

"Back to Back", a song by Deep Purple from their 2005 album Rapture of the Deep

"Back to Back", a song by the heavy metal band Pretty Maids from the 1984 album Red Hot and Heavy

Back to Back, a 1990 film starring Bill Paxton, Todd Field, and Ben Johnson

Back to Back, a 1996 film starring Michael Rooker and Ryo Ishibashi

Back to back film production, the practice of making two films as a unified production

Birmingham Back to Backs, the last surviving court of back-to-back houses in Birmingham, England

Back-to-back life sentences, a judicial practice where a felon is sentenced to two consecutive life terms in prison

Back to back ticketing, a booking ploy used by travelers in commercial aviation to lower the costs of flying to a desired destination

Back-to-back user agent, the user agent to both ends of a Session Initiation Protocol call

"Back to Back", the nickname of American professional poker player Layne Flack

The practice of two disc jockeys working together, one is playing a record on the turntables, while the other is choosing the next record to be played. Because DJs often use to store their records behind themselves, this practice results in the two standing back to back.

…or these infernal games on consecutive nights that wreak havoc on those of us who toil through the night to scribble this nonsense.

And tonight, the Caps play that second game in two nights when they travel to Tampa to take on the Tampa Bay Lightning. The Lightning, if you’ve been sleeping under a rock lately, are not only challenging the Caps’ supremacy in the Southeast, but they lead the Caps in the Southeast Division race by virtue of having more wins (25 to 24) than do the Caps in 43 games, despite the teams being tied with 55 standings points.  Here are the overall numbers: 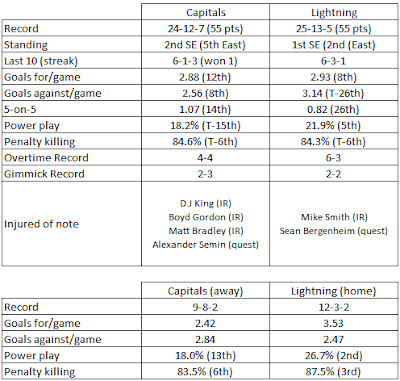 These teams met just eight days ago in Washington, the Lightning escaping Verizon Center with a 1-0 overtime win on a goal by Martin St. Louis. It must have taken something out of the Bolts, because they are 1-2-0 in three games since that meeting. Not just that, but the old goaltending problems seem to have resurfaced. After shutting out the Caps, newcomer Dwayne Roloson was lit up for five goals on 23 shots in an 8-1 loss at Pittsburgh the following night. Roloson recovered to take a 2-1 decision in Ottawa from the sinking out of sight Senators, but then Dan Ellis took over in the next contest and was roughed up for four goals on 24 shots in a 6-1 loss to the New Jersey Devils that featured two empty net goals for the Devils. Overall, Tampa Bay goaltenders stopped 84 of 97 shots faced, a .870 save percentage over the last three games.

The other side of this equation is that the Lightning haven’t lit up their side of the scoreboard in the last three games, either. Six goals in three games, none of them by Steven Stamkos. If he is held without a goal tonight it will tie his longest streak without a goal this season. In fact, in his last 21 games he has 10 goals. Compare that to the 21 goals he had in his first 22 games. He seems to have returned to the mortals in the NHL.

Adam Hall had two goals in the Lightning’s last three games. When he scored Tampa Bay’s only goal in an 8-1 loss to Pittsburgh, it was his first goal in 21 games. Seeing as how he was held without a goal in the Lightning’s 6-3 loss to New Jersey in his last game, perhaps he has returned to what for him is normalcy. Caps fans can only hope.

What Tampa Bay did not get in the last three games, scoring-wise, was any support from the blue line. A secondary assist from Mattias Ohlund on Tampa Bay’s third (and last) goal against the Devils in the 6-3 loss is the only point the blue line has contributed to the score sheet in the last three games. This is a bit unusual for the Lightning, in that four defensemen have contributed at least ten points so far this season (Brett Clark, Victor Hedman, Pavel Kubina, and Randy Jones).

What is wrong with Vinnie? He had a brief spasm of goal scoring, registering four in three games in late December, but he is currently working on a six game streak without a goal, and but for that three game spike has only three goals in 24 games. Even that four goal spurt came after a ten-game streak without a goal. It is largely because of his lack of goal scoring production that the Lightning’s success from night to night depends on whether Steven Stamkos pots a goal (he has 25 goals in 25 wins).

Mike Green is 3-4-7 in his last seven games. In those seven games it was only against Tampa Bay in the 1-0 overtime loss in which he did not record a point. He came into the season having gone 9-14-23 in 28 games against the Lightning, and it was against the Lightning – in Tampa – that he set the record for consecutive games played by a defenseman with scoring a goal (eight). He has no points in either game played against Tampa Bay so far this season.

2. SHOOOOT. The famous Wayne Gretzky quote goes, “you miss one hundred percent of the shots you don’t take.” It has no more meaning than on the power play, where (as Caps fans have been educated in recent days) save percentages are can be largely a matter of luck. Shoot…maybe you’ll get lucky.

3. Head Games. In Bull Durham, Crash Davis is in the batter’s box silently talking to himself and remarks that the pitcher he is facing is a “son of a bitch who throws hard.” Then his thoughts are interrupted by the name “Annie.” “Annie, Annie, Annie…who is this Annie?” He catches himself, steps back, and says to himself, “Jesus, get outta the box you idiot, where's your head? Get the broad outta your head.” You might say the same about the effect Dwayne Roloson had on the Caps in the last meeting of these teams and about the success he has had against the Caps. Tampa Bay might have obtained Roloson with Washington in mind. The Caps have to get him out of their heads.

In the end, the Caps have a pair of six-goal games against this team this year. Roloson notwithstanding, it is not as if the Lightning have retooled themselves to become the Boston Bruins with their 2.10 goals allowed per game sort of defense, or even the Caps, who have allowed only 20 goals in their last 11 games and have allowed only as many as three goals in regulation time twice. Part of that is getting the big guys on the board. Only one shot on goal for Alex Ovechkin, Nicklas Backstrom, and Mike Green last night in the third period and overtime isn’t a formula for that to happen. Hopefully, the lack of production last night means they have a reserve available in tonight’s second half of the back-to-back.

Capitals 5 – Lightning 3
Posted by The Peerless at 6:59 AM No comments: 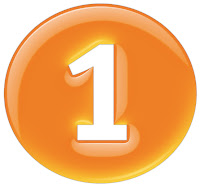 The Washington Capitals earned a standings point last night against the Florida Panthers, falling in overtime to the home team, 4-3, when Panther defenseman Dennis Wideman took advantage of the old Capitals bugaboo – an inability to clear the puck from their own zone – to wrist the game-winner past goalie Michal Neuvirth’s glove on a power play at 2:51 of the extra frame.

-- On the one hand, the Caps mounted a furious comeback after falling behind 3-0 less than 27 minutes into the game.

-- On the other hand, the Caps looked sluggish in the first period, getting outshot 20-7.

-- On the one hand, the Caps killed off all three 4-on-5 shorthanded situations they faced.

-- On the one hand, the Caps drew five power play opportunities.

-- On the other, they converted none of them, despite getting nine shots on goal.

-- On the one hand, the Caps outscored the Panthers, 3-1, at even strength.

-- On the one hand, the guys you expect to get goals – Alex Ovechkin, Mike Green, Nicklas Backstrom – had none on 14 shots on goal (although they did have three assists among them). It might be worth noting that the three of them recorded only a single shot on goal among them in the third period and overtime (Ovechkin).

-- On the other, Marcus Johansson had his first two-goal game in the NHL. It was the first time in nine games and only the second time in his last 19 contests that he had more than one shot on goal.

-- On the one hand, Brian Willsie skated only one shift in the third period…you might have expected that from a recent call-up from Hershey.

-- On the other hand, Mathieu Perreault skated only one shift in the third period, resulting in his lowest ice time number in a game he didn’t break his nose in the 16 games he has played this season.

In the end, the Caps preserved their streak of games of not losing in regulation (6-0-3). You could say that they let this one get away from them in overtime, but the seeds of this one were sown when they had to face 5-on-3 situations in the first and second periods, allowing goals on both. That, and not taking advantage of any of their own power play opportunities -- five of them in the first two periods.

On the one hand, the Caps did get that standings point, one that might come in handy down the road.

On the other hand, the Caps are still in fifth place and have to go to Tampa Bay tonight after going extra time to get that point.
Posted by The Peerless at 3:43 AM No comments: