Alex Ovechkin
Theme: “For of all sad words of tongue or pen, the saddest are these: ‘It might have been!’”

Last year was a “might have been” season for Alex Ovechkin. The two-time reigning Hart Trophy winner had the stars in his sky aligned for what might have been a season for the ages. The most compelling force in the NHL and perhaps its most market-friendly would see his Washington Capitals mentioned often as contenders for the Stanley Cup. He would be named the 14th captain in Capitals history (and first European). He would be the centerpiece of a Team Russia squad that would be among the favorites for an Olympic gold medal. And he could have been the only the third player in NHL history to win the Hart Trophy as the NHL’s most valuable player three times in succession, joining Wayne Gretzky and Bobby Orr.

To say that 2009-2010 was a disappointment would be an understatement. His reputation took a hit after serving a pair of two-game suspensions for hits on Chicago’s Brian Campbell and Carolina’s Tim Gleason. He missed six games to a shoulder injury, the first significant injury of his career (although he was also injured in his hit on Gleason, a knee-on-knee collision). His Team Russia lost in embarrassing fashion to Team Canada in a quarterfinal round game, denied a medal of any kind. During those Olympics his reputation took further abuse as a result of a perceived surly attitude toward the press. His Capitals were bounced in stunning fashion in the opening round of the Stanley Cup playoffs by the Montreal Canadiens after taking a 3-1 lead in games. And, despite finishing the year with his best points-per-game average of his five-year career, he did not win that third consecutive Hart Trophy.

It is easy to forget that Ovechkin was on a pace for a 57-67-124, plus-51 season. That despite missing those ten games he still finished one goal away from his third consecutive Richard Trophy as the league’s leading goal scorer. That despite missing those ten games he still finished sixth in assists (second among wingers) and ahead of Sidney Crosby (in nine fewer games played). That he still finished fourth in game-winning goals. That he still finished in the top-20 in hits among forwards. That he still won the Ted Lindsay Award as the league’s outstanding player as voted on by the players, only the third player to win that honor in three consecutive years (including when it was awarded as the Lester B. Pearson Award) since the award was established in 1971. That he was 30-4-7 as captain after taking over from Chris Clark when the latter was traded to Columbus.

We have droned on and on about Ovechkin’s consistency since he came into the league, but last season he might have topped himself. In 72 games he was held without a point in consecutive games only twice and on neither occasion for more than two games in succession. If you went to see him play in person you had about a one-in-two chance of seeing him score a goal (35 games out of 72). Only once all season did he have as many as two consecutive games on the minus side of the ledger.

For all the grief he took for his teams’ lack of success in the Olympics and the Stanley Cup playoffs, Ovechkin finished second among the Russians in scoring in the Vancouver Olympics; and he was 5-5-10, plus-5 in seven games in the Montreal playoff series, the second best points per game mark in the post season.

Still, given the possibilities this year offered, by the standards of performance Ovechkin has set for himself, it had to be looked at as a disappointment.

Fearless: In 28 post season games to date, Ovechkin is 20-20-40, plus-14. That works out to a 59-59-118, plus 41 82-game pace, just for comparison. For all the negative press he got last year for being a dirty player and out of control, he was not whistled for a single penalty minute in the playoffs. He showed he could respond to a punch in the nose – after being held without a shot in Game 1 against the Canadiens, he came back went 1-3-4, plus three in Game 2.

In 25 games against Eastern Conference teams that made the playoffs last year Ovechkin finished 20-22-42, plus-31. That is not a typo. That is a 66-72-138, plus-101 pace over 82 games. He isn’t puffing up his numbers against the also rans in the league. But the reputation of great players isn’t built on gaudy regular season statistics. In 1998 The Hockey News compiled a list of the 100 greatest NHL players. The top 25 players on that list have a total of 100 Stanley Cups among them. Of that group 21 players have multiple championships. None are without at least one Stanley Cup.

This is now the standard of comparison for Alex Ovechkin. Is he among the greats to play the game? To answer that question in the affirmative, he is going to have to add a Stanley Cup to his resume. Part of that, we maintain, is the ability of those in the front office to surround him with a capable supporting cast. It happened for Sidney Crosby in Pittsburgh; it happened for Patrick Kane in Chicago. There is certainly a capable supporting cast in Washington, even with the holes that many think exist on this team. Ovechkin is the Captain, the lightning rod for all that happens – good and bad – for this, his team.

Ovechkin is entering what should be the prime of his career. But it is worth noting that Wayne Gretzky did not win a Stanley Cup after the age of 27. Mario Lemieux did not win one after the age of 26. While it is certainly possible to win a first Stanley Cup after reaching 30 (Steve Yzerman) or even after reaching 40 (Raymond Bourque), the point is that it all goes by so fast, too. And before you know it, one might be left to ponder what might have been.

When the preseason began, would you have thought... 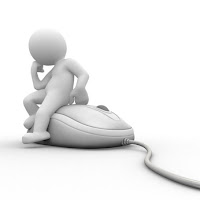 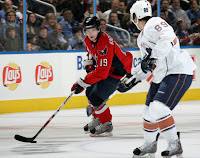 Theme: “Without continual growth and progress, such words as improvement, achievement, and success have no meaning.”

Since the NHL returned from its lockout for the 2005-2006 season, 14 different players have reached the 100-point mark. Of that group, only four reached it at a younger age than Nicklas Backstrom – Eric Staal, Sidney Crosby, Evgeni Malkin, and Alex Ovechkin. Not bad company. Getting there for Backstrom has been an example of steady progress. In three seasons his goal totals have jumped from 14 to 22 to 33; his assists from 55 to 66 to 68, and his points from 69 to 88 to 101. He also has done it while playing in each of the 246 games over the past three regular seasons.

Backstrom was a model of consistency last season, registering at least one point in 55 of 82 games and had streaks of at least two games without a point only five times all season. He had 13 games in which he recorded at least three points, including two five-point games.

Backstrom’s steady improvement over his three-year career has placed him among the most dangerous offensive talents in the NHL, but he has improved other aspects of his game in a less conspicuous manner. His blocked shot totals have improved from 34 to 46 to 62; and his game has acquired a more physical edge. Although he has yet to be sent off for a major penalty, the occurrences of physical penalties such as roughing, slashing, boarding, etc. have increased from two to four to nine last season. His faceoff winning percentage improved as well. From a 46.3 percent winning percentage in his rookie year, he improved to 48.7 percent and then to 49.9 percent last year. With that improvement he has been asked to take more responsibility in the circle, taking 18.5 percent of the Caps’ faceoffs in 2007-2008, 24.5 percent in 2008-2009, and 27.1 percent last season.

He has shown himself to be a capable playoff performer, having gone 12-18-30, plus-13 in 28 career playoff games. Last spring he looked to be on his way to a Conn Smythe kind of post season, going 5-4-9, plus-eight in the first four games of the opening round series against Montreal, including a hat trick (and the overtime game-winner) in Game 2. But in the last three games he was held without a point and saw his shot total drop from 20 in Games 1-4 to seven in Games 5-7, perhaps the product of a shoulder injury suffered in Game 3.

It was an odd finish to a spectacular year for Backstrom, one in which he showed his mettle against top competition. In 28 games against Eastern Conference teams that would make the playoffs he was 10-29-39, plus-23, including two goals and ten assists in four games against Eastern Conference champion Philadelphia. His performance was rewarded with a ten-year, $67 million contract that ensures that he and linemate Alex Ovechkin will be skating together for the next decade in Washington.

Cheerless: Forsberg had his first Stanley Cup at age 22.

Backstrom has to be on the short list of the top centers in the game, and he is still on the upward curve of his developmental arc. It is not beyond the realm of possibility that he will be a 30-70-100 player for some years to come. He and Alex Ovechkin are one of the most lethal duos on the power play in the league (the second highest power play point total among teammates in the NHL last year, behind Martin St. Louis and Steven Stamkos of Tampa Bay). No center in the league had a higher goals for/on ice per 60 minutes at 5-on-4 than did Backstrom (numbers from behindthenet.ca), and it was not close – almost 13 percent higher than that of Jonathan Toews of Chicago.

He was also a very effective player at even strength. Among centers playing in at least 50 games last year, his goals on/goals off ice differential per 60 minutes (2.15) led the league and did so by a wide margin – more than 11 percent over Vancouver’s Henrik Sedin (numbers from behindthenet.ca).

An aspect of Backstrom’s game that does not get as much attention is his presence on the penalty kill. Among Caps playing at least half of the season’s games in Washington last year, he finished sixth in shorthanded ice time among forwards. And although he finished 44th (among 88 centers) in goals against/on ice per 60 minutes at 4-on-5, he has shown a certain fearlessness in his approach to the job…

One could make an argument that Backstrom is the Capitals indispensable player. There simply is no replacement for him anywhere on the roster or in the Capitals’ system. Given the responsibilities Backstrom shoulders – centering the top line, manning the first power play, paying his dues on the penalty kill, taking (and improving) a larger share of faceoffs – it is hard to believe he is still only 22 with fewer than 250 games of regular season experience in the NHL. The kind of production he provides, not to mention the consistency, is the sort of thing one might expect in a player much older. But what is most noteworthy about Backstrom’s brief career to date is the progression. To have increased his goal scoring by more than double over his rookie year, to have increased his assists by almost a quarter and his total points by almost 50 percent in three seasons is nothing short of amazing.

To expect those kinds of leaps this year is likely a stretch. A 40-80-120 season might be a fantasy league players dream, but not a likely result. Still, if he produces at last year’s level, it will still place him among the league scoring leaders. And, if he should improve on what are already rather impressive career playoff numbers, the improvement will be in how deep the Capitals go next spring on their quest for a Stanley Cup