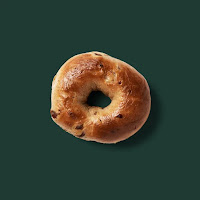 The Washington Capitals wrapped up their two-game set with the New York Rangers on Tuesday night at Madison Square Garden in New York the first of what will be a five-game road trip for the Caps against teams in the New York metro area.  The Caps entered the game on a three-game winning streak and a loss to the Rangers on March 20th being their only blemish over their last 11 games.  The Rangers were trying to stop a losing streak at two games.  They did just that, spotting the Caps a 2-0 lead before roaring back with five unanswered goals in a 5-2 win.

The Caps went on a power play just 1:42 into the game when Kevin Rooney was sent off on a holding call.  The Caps converted the chance 41 seconds later when T.J. Oshie slid out from the top of the crease to an open area between the hash marks, took a feed from Nicklas Backstrom, and snapped a shot over the glove of goalie Igor Shesterkin at the 2:23 mark.

The Caps looked as if they scored a second goal 4:22 into the period when out of a clot of bodies in the crease, Nic Dowd jabbed at the puck and nudged it under Shesterkin.  A video review ensued, the question being whether Shesterkin was pushed with the under him over the goal line.  The review confirmed the goal, and the Caps were up, 2-0.

New York went on the power play when the Caps were called for too many men on the ice at 12:29 of the period.  The Rangers got two shots on goal, but neither found the back of the net, and the score remained 2-0, Caps.

The Rangers did halve the lead, though, when Filip Chytil pilfered the puck from Dmitry Orlov just inside the Rangers’ blue line and sped off on a breakaway.  He deked goalie Vitek Vanecek to the ice and lifted a forehand over Vanecek’s right pad to make it 2-1, Caps, at the 15:26 mark.

The Rangers got a second power play late in the frame when Zdeno Chara went off for slashing at 19:18 of the period.  The Rangers would not score in the first 42 seconds of the power play but would have 1:18 in power play time to open the second period.  The Caps led after one period, 2-1.

-- Brenden Dillon, Garnet Hathaway, and Nic Dowd each had two shots on goal to lead the Caps.

-- In his first game back after injury kept him out of the lineup for seven games, Lars Eller skated only five shifts and 3:33 in the period, his shifts and ice time both being lowest on the team.

The Caps killed of the remainder of the Ranger power play that carried over into the second period and held on to their 2-1 lead.  The teams played to a standoff for the next 11-plus minutes until the Caps had their second power play of the evening, Phil DiGiuseppe going off for tripping at the 12:44 mark.  The Caps managed five shots on goal with the man advantage but could not solve Shesterkin for the third goal.  Neither team would score in the period, and the Caps took a 2-1 lead into the third period.

-- Nicklas Backstrom was the only Capital without a shot attempt over the first 40 minutes.

-- Lars Eller was the only Capital taking more than one faceoff was under 50 percent over the first two periods (3-for-7/42.9 percent).

The Rangers tied the game in the fifth minute when Kaapo Kakko finished a three man rush that began with another Caps turnover at the offensive blue line, this one by Zdeno Chara, stuffing a feed from Ryan Strome from the top of the crease past Vanecek to make it 2-2, 4:10 into the period.  Just 2:22 later, Adam Fox gave the Rangers their first lead of the evening when he took a feed from Artemi Panarin, circled through the right wing faceoff circle, and caught Vanecek leaning to his right, backhanding a shot over Vanecek’s glove on the near side 6:32 into the period.

The Caps almost tied it when Nicklas Backstrom’s shot from the right wing circle looked to be ticketed for the top corner on the far side, but Shesterkin shouldered it aside, and Brendan Smith sprung Panarin on a clean breakaway, Panarin finishing the scoring play with a nifty backhand over Vanecek’s right pad to make it 4-2, 15:41 into the period.

The Rangers added an empty net goal with 34.9 seconds left for the 5-2 win.

-- T.J. Oshie’s power play goal in the first period was the Caps’ first in 17 tries against the Ranger penalty killers this season.

-- Nick Jensen and Carl Hagelin were the only Caps without a shot on goal.

-- Tom Wilson finished the night with 12 minutes in penalties, the second time this season he hit double digits in PIMs (March 5th, 10 minutes in a 5-1 loss to Boston).

-- Thirteen of 18 skaters for the Caps finished with minus ratings; none were in plus territory.

-- Lars Eller skated a team low 10:05 in ice time in his first game back after injury.