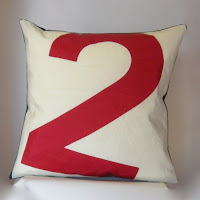 FRUSTRATE (transitive verb): a : to balk or defeat in an endeavor b : to induce feelings of discouragement in

When the Carolina Hurricanes skated off after dropping a 2-1 decision to the Washington Capitals last night, the body language in their walk had all the look of frustration, a team that did a lot of things right, but just couldn’t solve the goaltending stylings of Braden Holtby, who won his third game in as many tries since taking over in the net from the injured Michal Neuvirth.

Why should Carolina have been frustrated? Well, first of all, the Hurricanes played a fine first period for a road team. They held the Caps to nine shots on goal (foiling two Capitals power plays in the process), none of them getting past their own goalie, Cam Ward. They peppered Holtby with 13 shots to tenderize him for things to come. Then, they scored first, a goal from Tuomo Ruutu over Holtby’s blocker late in the second period. It should have been huge. Carolina came into the game with a 21-2-4 record when scoring the game’s first goal. And when they held the Caps off the scoreboard in the middle 20 minutes, it should have been “game over.” Carolina was 21-0-0 when leading after two period this season.

Which brings us to “frustration.” After playing a textbook road game for the first 40 minutes, Carolina's lead in the third period lasted 47 seconds, long enough for Marcus Johansson to carry the puck to the Hurricanes' blue line and inch it over it before dropping a pass to Alex Ovechkin curling behind him. Ovechkin stepped in and wristed a shot that appeared to nick defenseman Joe Corvo’s stick on the way to the net, enough to allow it to jump over Cam Ward’s blocker and into the net to tie the game.

Four and a half minutes later Carolina was given a chance to take the lead back when Jason Arnott was sent off for hooking Jeff Skinner. The Hurricanes were unable to cash in, but the situation was made worse when Arnott left the box as Matt Hendricks was blocking a shot by Tim Gleason. The puck bounded out to center ice where Arnott picked it up and skated in alone on Cam Ward. Ward made the save on Arnott, but was let down by his defensemen coming back on the play. Gleason, who was chasing Arnott, followed him past the play as Ward was making the save and was oblivious to Hendricks chasing after a possible rebound. Jay Harrison took the wrong line on Hendricks, skating on a line outside the one Hendricks was following, and the result was that Hendricks was left all alone to shovel home the rebound over Ward, who was down and out after stopping Arnott. Instead of taking a lead on the power play, the Hurricanes were burned on it, letting the Caps get behind a lagging defense to grab the lead.

Holtby made it stand up, stopping the nine shots he faced after Washington took the lead – making it 40 saves on 41 shots for the game – and the Caps had their seventh win in a row, a 2-1 victor.

-- Holtby continues to impress. He had a shutout streak of 150:39 stopped when he allowed Ruutu’s goal late in the second period, then did not allow another. The goal was the lone marker he allowed in the last 85 shots he faced, dating back to a trick shot loss to the Rangers on January 24th. That’s a .988 save percentage.

-- Matt Hendrick’s game winner was his third of the season (among the eight goals he has overall). That’s third on the team, trailing only the Alexes.

-- One of sports’ most worn out clichés is that when a player goes down to injury, it is an opportunity for another to step up in his place. Well, it works for Marcus Johansson so far. He has points in three of his last four games and has had the primary assist on two Ovechkin goals, those coming in the absence of Nicklas Backstrom, out with a hand injury.

-- On the other hand, Johansson did not attempt a shot on goal (only one in the two games playing alongside Ovechkin in Nicklas Backstrom’s absence). Something that does not seem uncommon among young guys playing alongside a big goal scorer. And think on this – in his first 14 games in the NHL, Backstrom had only ten shots on goal.  He got over it.

-- OK, Karl Alzner and John Carlson were on the ice for the only Carolina goal, but they otherwise had an interesting game in this respect. Together they had nine of the Caps’ 26 blocked shots.

-- Those 26 shots the Caps blocked matched the total shots they took that found Cam Ward or the back of the net.

-- Another day, another non-Schultz sighting (and that’s a good thing)… 15 minutes, plus-2, and no opposition goals.

-- When David Steckel was traded, Boyd Gordon became the player who might be counted on to take a lot of the important draws, especially in the defensive zone. But when Backstrom went out, a lot of the load fell to Brooks Laich. He has stepped up. He split 20 draws last night, but in the two games Backstrom has missed he has won 25 of 41 draws (61.0 percent). It would have been even nicer had he been able to do better than 1-for-6 in the offensive zone last night.

-- You might remember that upon coming to the Caps, there was some concern about that minus-26 number that Dennis Wideman put up with Florida in 61 games. And thus, we see the problem in putting too much emphasis on that number. He was a plus-2 last night, making it five games for Wideman on the plus side of the ledger (he has not yet been a minus player). He is plus-7 in six games so far with the Caps.

-- Alexander Semin played only 3:37 in the third period on four shifts last night, none of it killing either of the two penalties taken by the Caps (he averages more than a minute of shorthanded ice time this season).

-- How is it the Caps had only 26 shots on goal against a team that was dead last in the league in allowing shots? Alex Ovechkin: 1… Alexander Semin: 1… Mike Knuble: 1.

-- On the other side, this game was Revenge of the Grinders. Matt Hendricks and Jason Arnott led the Caps with four shots apiece.

In the end, the seven-game winning streak provides a symmetry to the eight-game winless streak in December. But streaks are funny. When the Caps were in the midst of their eight-game drought in December, you could see signs of it coming to an end, even when they lost to Anaheim and Boston in a pair of one-goal decisions. In fact, those two games started a run (37 games and still going strong) in which the Caps have allowed an average of only 1.95 goals per game.

On this streak, a couple of chinks in the armor were exposed last night. Allowing 41 shots is not something a team wants to expose its goalie to very often. Even if you want to argue that Carolina didn’t get a lot of quality chances, if the opponent is getting that many shots, they are spending entirely too much time in your zone. The 81 shot attempts only serves to drive the point home harder.

The two third period penalties made things more interesting than perhaps they needed to be (even if the Caps capitalized on one of them when they scored off a rush by Arnott coming out of the box that led to a goal). Six shot attempts from the top line (five of them by Ovechkin) seems on the light side. Matt Bradley has no goals in his last 12 games (one in his last 21), Jason Chimera none in his last 16 games, Boyd Gordon one in his last 31. These guys are not going to be big scorers (although Chimera could be a 15-18 goal scorer), and they have to be responsible in their own end of the ice, but getting occasional offensive contributions are going to be important going forward.

On balance, it was a win – a good win. But one that revealed a few flaws of the sort that creep up as streaks go on. That’s one reason why streaks end. But at the moment, the Caps are solidly in second place in the East, three points ahead of third-place Boston and four ahead of Tampa Bay. A good thing, because now things get harder. Over the next ten days the Caps will play Chicago, Montreal, Detroit, New Jersey, and Philadelphia. Not a stiff in the bunch. That should provide some motivation for the Caps to keep the streak going, for these are the kinds of teams against which the Caps will be measured as they prepare for the playoffs.
Posted by The Peerless at 6:24 AM 2 comments: