The Peerless Prognosticator is ON THE AIR!!! -- Caps vs. Thrashers, Opening Night

Oh, if feels good to type that. I might just throw open the window and shout it out into the woods. Wait a sec…

…ok, that felt good, but it scared the crap out of the neighbor’s dog. But that’s just payback for all the barking he does at three a-m. Anyway, we’re back, and so are the Caps, and we will not mention “playoffs,” “opening round,” “Montreal,” or “big steaming pile of poo.” That’s in the past, over and done with. We’re going to find our happy place, get centered, and have the right attitude as we kick this opening night pig and get started against the Atlanta Thrashers.

“Oh, cute, like I haven’t heard THAT one before.” 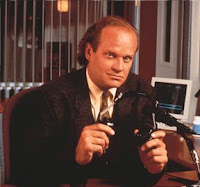 “He’s not in denial, but I think he does need group thereapy.” 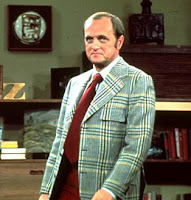 And you guys think I need therapy? The season hasn’t even started yet.

“But you need closure from last year.”

A case of Bud provided all the “closure” I need, Doc.

“Talking things out with a group can’t hurt.”

Look, I appreciate the offer of help, guys, but really…

“You really should consider therapy.”

“Yes, and I think I would be a much better therapist than this… Chicago hack.”

And why should I pick you?

“I can prescribe medication.”

Let’s hope it doesn’t come to that.

Tonight the Caps kick off their 36th season of NHL hockey as they visit the Atlanta Thrashers at Philips Arena. The Thrashers are coming off a disappointing season in which they were three games over .500 as late as March 21st and challenging for a playoff spot. But the Thrashers stumbled to the finish, going 3-5-2 over their last ten games (the third, and last, win a meaningless season-ender against Pittsburgh) and finishing tenth in the East, five points behind eighth-place Montreal. 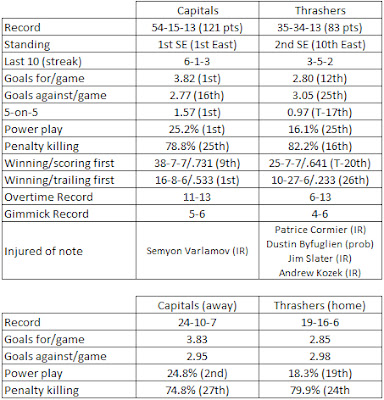 The difficulty for Atlanta is that two of their top three goal scorers from last year – Ilya Kovalchuk (traded to New Jersey) and Maxim Afinogenov (signed with SKA St. Petersburg of the KHL) are gone. Gone, too, is Colby Armstrong (signed by Toronto), who was fifth in goal scoring last year with 15. That means that among returning players, only Nik Antropov (24) and Rich Peverley (22) notched more than 14 goals last year . By way of comparison, the Caps have eight players returning this season with at least 19 goals scored last season.

The lack of returning offense puts pressure on new players to produce and do so quickly. Niclas Bergfors was obtained in the blockbuster trade with New Jersey that sent Ilya Kovalchuk to the Devils. In 27 games with the Thrashers last year Bergfors was a respectable 8-9-13, minus-3, while getting more than 16 minutes of ice time a night. He was 2-3-5, even, in four games against the Caps last season. Bergfors was held without a point in four pre-season games.

Alexander Burmistrov will step onto the ice for his first NHL game tonight against the Caps. He is part of a trend, joining Zach Bogosian and Evander Kane as first round draft picks to skate with the Thrashers after being drafted. Last season, with the Barrie Colts in the Ontario Hockey League, he was 22-43-65 in 62 games, plus 8-8-16 in 17 playoff games. He had an assist in six pre-season games.

At the other end of the experience scale is Fredrik Modin, who is no stranger to Caps fans. Modin brings more than 850 games of NHL experience to the Thrashers after skating for the Blue Jackets and Kings last year. He also has a Stanley Cup ring on his finger, won when he skated with the Tampa Bay Lightning in 2003-2004. In 38 career games against the Caps he is 14-9-23. Whether he has anything left in the tank is the question. Tonight is his 36th birthday, and he hasn’t topped ten goals in a season since netting 22 for Columbus in 2006-2007. He did not face the Caps last season, and he did not register a point in any of the four pre-season games in which he played.

Anthony Stewart is getting a second chance. A 25th overall pick of the Florida Panthers in 2003, he played only 105 games over four seasons with the Panthers, registering a modest four goals and 12 points. He is still only 25 years old and brings a big frame to the ice (6’3”, 230). Stewart had an assist in six pre-season games.

Kane finished in a tie for 12th among rookie scorers last season (14-12-26, plus-2), but did not score a point in any of the five games he played against the Caps. In the pre-season this year he was 0-1-1, minus-4 in the five games in which he played. Among returning players he was the fourth leading scorer among forwards last year. He might have been a surprise as one of the recent crop of Thrasher first round draft choices to crack the lineup the following opening night, but this year the Thrashers might be expecting him to contribute more, to replace some of the scoring lost with the departures of Kovalchuk, Afinogenov, and Armstrong. It might be a bit much to ask of a 19 year old.

Fleischmann is the early entry in the second-line center sweepstakes. He has not had particularly successful results against the Thrashers (2-6-8, plus-4, in 22 career games), but tonight he starts skating with wingers (likely Brooks Laich and Alexander Semin) who are upgrades over the sort of linemates he had in the past. Tonight, in a game against a comparatively weak opponent, is as good a time as any to see what the Caps have in this second-line experiment.

1. Focus. It is always tough to win on the road in the opener, even in Atlanta. The Thrashers have won their last two home season openers and are 4-4-2 in their history in such games. It is worth noting that they are 4-1-1 in their last six home openers, two of the wins coming at the expense of the Caps by a combined 15-5 margin. The Caps can’t sleepwalk their way through this one.

3. Doing the little things. Part of the challenge this season will be for the Caps to avoid taking short cuts, of looking too far ahead. This game, even if it is a season opener, provides that temptation. One of the criticisms against the Caps last year, in spite of losing only 28 games all season, was that they could occasionally (or perhaps too often) play down to the level of their opponent.

In the end, Atlanta gets a tough draw in their home opener, at least on paper. This is a game that should be over by the 30 minute mark. That’s on paper. The Thrashers pounded the Caps in a couple of recent home openers in which they played them. And if you’re thinking that those results were a product of teams having Ilya Kovalchuk on its roster, he didn’t score a goal in either of those games (Caps fans might remember that Peter Bondra had a pair for the Thrashers in the 2005 home opener for Atlanta). If the Caps can get off to a fast start, the talent differential between these teams will take over…