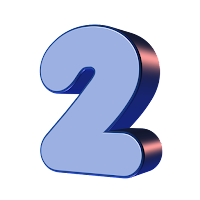 The Washington Capitals swept the home-and-home series with the Carolina Hurricanes and swept the season series, four games to none, with a 3-2 come from behind win on Thursday night.  The win clinched a playoff spot for the Caps, the fifth straight season they made it to the big show.

The scoring started early in this contest.  Carolina broke the ice in the fifth minute.  The Caps got caught chasing the Hurricanes’ cycle on the left side of the offensive zone, and they lost track of Nino Niederreiter in the middle of the ice.  Justin Williams found him all alone cruising down the slot, and while Niderreiter got caught deep, below the goal line trying to stuff the puck past goalie Braden Holtby, he was able to follow up his initial shot off the side of the post and stuff it behind Holtby at the 4:31 mark to make it 1-0.

Less than a minute later, the Caps tied the game.  Taking advantage of Carolina players running into one another in the offensive zone, the Caps broke out, Brooks Orpik chipping it off the glass to Brett Connolly heading up the right side. Connolly and Jakub Vrana on a 2-on-1 break.  Connoly skated in, curled the puck around defenseman Trevor van Riemsdyk, and wristed it past goalie Curtis McElhinney 5:13 into the period.  That would do it for the first period scoring.

-- Carolina was credited with ten hits in the period.

The teams skated back and forth over the first half of the period without damage, but it was the Hurricanes who broke through first in the second half of the period.  Warren Foegele skated the puck down the right side into the Caps’ zone, slithered the puck through the skates of defenseman Nick Jensen, deked Holtby to ice, and ripped it into the back of the net to make it 2-1, 12:30 into the period.

The Caps got a power play, courtesy of a Justin Williams tripping call 16 minutes into the period, but the Caps managed to exert no pressure with the man advantage, recording no shots on the power play.  The period ended without any further scoring.

The Caps wasted little time getting the game-tying goal in the third period.  The Caps broke out of their end smartly, Christian Djoos sending the puck up to Evgeny Kuznetsov as the latter was exiting the defensive zone.  Kuznetsov skated to the red line and then sent the puck across to Jakub Vrana skating down the left side.  Vrana kicked in the afterburners and curled around Micheal Ferland, breaking in alone on McElhinney.  Vrana backhanded the puck between McElhinney’s pads as he was skating through the low slot, and the game was tied, 2-2, 1:35 into the period.

The Caps took the lead with less than five minutes in regulation.  Nick Jensen collected the puck along the right wing boards and flung a shot at the Carolina net.  Nic Dowd was curling around the paint and got the blade of his stick on the puck just enough to redirect it past McElhinney on the short side to give the Caps a 3-2 lead at the 15:04 mark.

It would be the only scoring of the period, although Alex Ovechkin almost got an empty netter for his 50th, barely missing into an empty net in the last minute of play.

-- With the win, the Caps hit the 100-point mark for the fifth straight season, extending their team record for consecutive 100-point seasons.

-- The win also put the Caps into the postseason for the fifth straight year and 11th in the last 12 seasons.

-- Each of the three players on the top line – Alex Ovechkin, Nicklas Backstrom, and Tom Wilson – were minus-2.

-- Brooks Orpik led the team with six credited hits.  No other Capital had more than two.

-- Ovechkin had 11 shot attempts, four on goal.  Both led the team.

The Capitals took care of business.  They spotted Carolina a one-goal lead twice, but they never let the Hurricanes get any space – on the scoreboard or on the ice.  The Caps had balance, an especially welcome development since the first line did not have a point and was on the ice for both Carolina goals.  In an odd way, it was an entirely forgettable game, but in a good way.  It was the sort of game in which players filled their lanes and did their jobs.  It is that kind of seamless effort, top to bottom, that the Caps are finding more of as they head into the last few games of the regular season.  In that regard, it was the perfect sort of game to clinch a playoff spot.