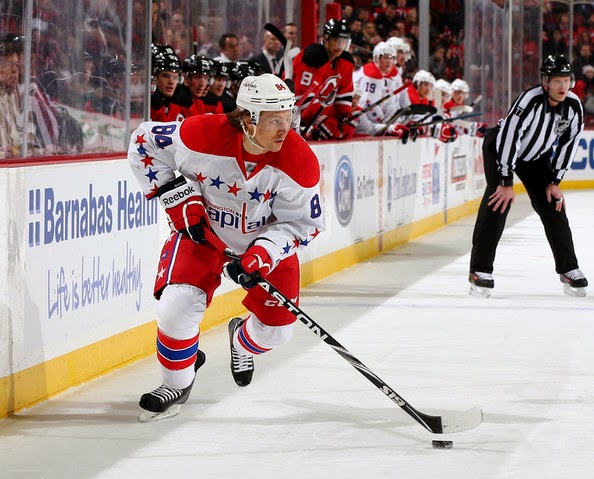 The second line center position for the Washington Capitals over the past half dozen years was like watching the television game show, “The Price Is Right.”  The “audience” is all the possibilities to fill that open space among the four contestants.  The “emcee,” George McPhee, would shout “come on down” with the next deal to try to fill the spot. 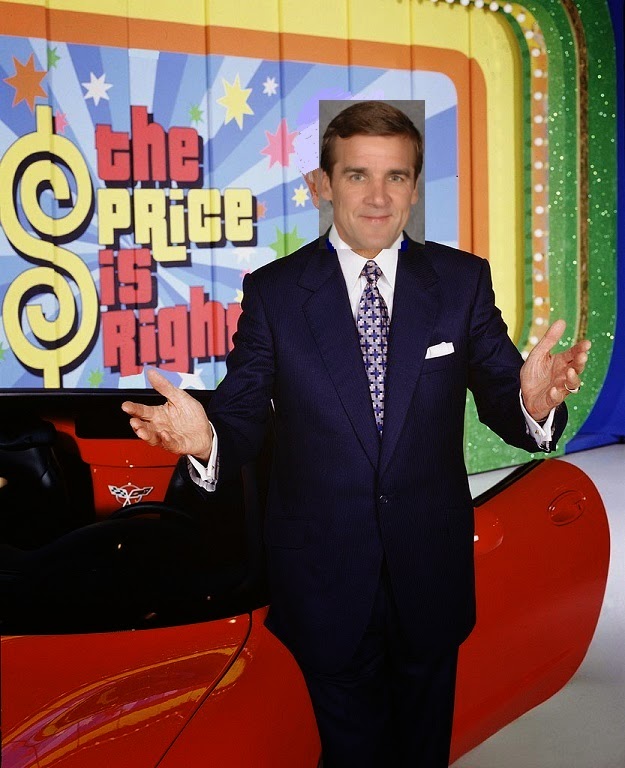 “Brendan Morrison… COME ON DOWN!!”

And so it was on August 23, 2013, when the Capitals announced, “Mikhail Grabovski… COME ON DOWN!”  Grabovski had been bought out of the last four years of a five-year, $27.5 million deal with the Toronto Maple Leafs under odd circumstances, to say the least, was signed by the Capitals to a one-year, $3 million deal to plug that pesky hole in the middle of the second line.

It seemed a match made in, well, if not heaven, then in the minds of Caps fans.  Grabovski had been banished to a checking line in Toronto on a team that ranked next to last in Fenwick-for percentage in 5-on-5 close score situations, a season after Grabovski scored 23 goals in 74 games with the Leafs.

In Washington, the idea was that Grabovski would slide into that second line center spot like a hand in a glove, centering Troy Brouwer on the right and perhaps a Martin Erat or a Brooks Laich on the left to take some of the heat off the top line of Alex Ovechkin, Nicklas Backstrom, and Marcus Johansson.

On Opening Night of the 2013-2014 season, the move looked like a dream.  Grabovski was in the starting lineup centering Brouwer and Laich, and after the defending Stanley Cup champions raised their banner and took a 2-1 lead into the first intermission, Grabovski assisting on the Caps’ goal, he scored three goals over a 15:46 period overlapping the second and third periods to give the Caps a 4-3 lead.  But, as if a sign of what the season would hold in store, the Caps could not hold the lead and lost to the Blackhawks, 6-4.

For Grabovski, though, it was a good start and one that he would sustain for almost half of the season.  Playing in the first 32 games of the season Grabovski went 9-18-27, plus-6.  The Caps went 17-12-3 and were second in the Metropolitan Division standings, sixth in the Eastern Conference standings.  All in all, things looked pretty good.  Then Grabovski got the flu.

Fearless’ Take… So here is Grabovski, signed to address a specific need, and what happens?  He ends up skating more than 200 minutes at 5-on-5 with five different forwards, none of them for over 300 minutes.  But here is the thing.  Let’s look at the performance numbers with those five forwards.  In every single instance – with Troy Brouwer, Eric Fehr, Alex Ovechkin, Jason Chimera, and Joel Ward – those five forwards had a goals-for percentage greater that 50 percent.  The Caps scored more goals than they allowed when each of them skated with Grabovski.  Every one of them had lower goals-for percentages when playing apart from Grabovski, and three of them – Brouwer, Fehr, and Ovechkin – had goals-for percentages under 50 percent.  His underlying numbers were just as good.  Among forwards playing in at least half the Caps’ games this season Grabovski had the best Corsi-for percentage at 5-on-5, the only forward to finish over 50 percent (51.0).  His PDO (the sum of shooting and save percentages) of 102.5 at 5-on-5 was best of any skater on the team playing in at least half of the games. This is what he was brought in to do.

Cheerless’ Take… Uh, cuz?  Not to get too out of joint about it, but the Caps averaged 1.07 standings points per game with Grabovski in the lineup, 1.17 without him.  OK, he probably never recovered completely from that ankle injury he suffered against New Jersey on January 24th – he played only nine games after that – but are we sure about what we have here as far as a difference maker goes?

Odd Grabovski Fact… Mikhail Grabovski is the first player in Capitals franchise history to record a hat trick in his first game with the club and in a season opener, accomplishing the feat in the 2013-2014 season opener in Chicago.  As if to complete a “hat trick hat trick” of firsts, it was Grabovski’s first career hat trick.

Game to Remember… November 1st versus Philadelphia.  OK, obviously there is the season opener in Chicago, but let’s look at another game.  A game that ended a lot better for the Caps.  On November 1st the Caps would introduce Grabovski to the renewed I-95 rivalry with the Philadelphia Flyers.  Grabovski put his own stamp on the rivalry in the second period when, with the Caps holding a 1-0 lead, he drove to the net as Joel Ward was maneuvering the puck out from behind the Flyer net.  Defenseman Mark Streit swept the puck off Ward’s stick, but Grabovski was there to keep Streit from moving it out of the crease.  It was enough to allow Ward another attempt, and he made good on that one, to give the Caps a 2-0 lead.

Just 80 seconds later Grabovski had another helper, this one on a goal by Jason Chimera after Grabovski stifled a pass from Vincent Lecavalier to Erik Gustafsson at the Caps’ blue line.  Grabovski’s effort allowed Chimera to break clean with the puck between the Flyers defense and snap a forehand past goalie Steve Mason for a 3-0 lead.  Grabovski and Ward teamed up again after a Nicklas Backstrom goal made it 4-0.  It was a nifty passing sequence, Jason Chimera digging the puck out from the left wing wall and feeding Grabovski.  From the left wing circle Grabovski backhanded the puck to Ward, and Ward snapped a shot off the far post to make it 5-0, Caps, in a game Washington went on to win, 7-0.  It was Grabovski’s only three-assist game of the season.

Game to Forget… February 27th versus Florida.  By the time the Capitals returned from the Winter Olympics break, Mikhail Grabovski had been off the ice for 34 days since suffering an ankle injury against the New Jersey Devils on January 24th.  Having been out of action for almost five weeks, the hope was that Grabovski could pick up where he left off for the stretch run having missed only eight games in that span.  Nice thought.  It lasted all of 13 minutes.  That is how long Grabovski lasted in the first period, having skated only four shifts and 2:20 in ice time before retiring for the evening.  The Caps beat the Panthers on that night, 5-4, but Grabovski would miss the next 14 games.  The Caps went 6-5-3 in that span and failed to make up any ground in their push for a playoff spot.

Just what did the Caps have here?  When he was in the lineup, Mikhail Grabovski made those with whom he played better.  His possession numbers were very good, especially when compared with how the team struggled overall in their possession numbers.  He did this despite having a rather rich variety of linemates and playing on the wing (not center) as the season wound down.  On the other hand, the Caps’ record was not appreciably different with him in the lineup than when he was not.

This leaves us with perhaps the biggest personnel question not involving an individual who wears a suit.  Will the Capitals re-sign Mikhail Grabovski?  All things considered, this should be a no-brainer.  There is no obvious candidate, either in the system or through free agency, that could reproduce Grabovski’s production (Paul Stastny fans, please note, Grabovski’s possession numbers were comparable at 5-on-5).  It will be the suspense surrounding Grabovski that helps keeps Caps fans engaged over the summer.  But while we are waiting to see if the price is right for 2014-2015, for the 2013-2014 season Grabovski seemed to be what the Caps needed to fill a persistent need.

Posted by The Peerless at 4:31 PM No comments: