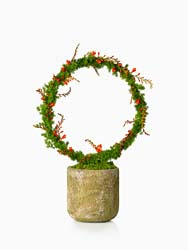 Sometimes, that step backward covers more territory than those two steps you took forward. Such was the case last night when the Caps took a big step backward in losing to the Montreal Canadiens, 5-2.

It wasn’t so much that nothing went right…nothing went. Pick a topic…power play (1-for-4, but looking at times pretty ragged)…penalty killing (2-for-4, including giving up the back-breaker in the third)…goaltending (let’s face it, this is now a concern; Olaf Kolzig has given up three or more goals in seven of his last eight games and has a save percentage of .854 in that span)…defense (too much standing around near the crease)…offense (two goals on 37 shots…Cristobal Huet is not Ken Dryden, folks)…effort (the Caps looked like they were skating at three-quarter speed much of the night, and there is no way the Caps should be out-hit by this team, 24-18).

If ever there was a game lately where the Caps missed the absent Chris Clark and Boyd Gordon, it was this one. They just never looked as if they were into this game, and they looked bad both in their own end and in faceoff situations. There were times when one might of expected Bruce Boudreau to pull a “Norman Dale” (that’d be the coach in the movie “Hoosiers”) when he played the last minutes of a game a man short by choice…there were some Caps who deserved to sit.

The sequence of events at the end of the first and through the second periods knocked the Caps off their pegs – Tom Poti called for an iffy tripping penalty, then Montreal scoring on three of their next four shots (the power play from the Poti call and their first two shots of the second period to give the visitors a 3-1 lead). Until the Poti call, the Caps might not have been dominant, but they appeared to get the better of the play. After that sequence, which involved a lot of relative inactivity by both clubs, the only mystery was what the final score would be.

Giving up five goals to a club where almost half the total shots (21) come from two players (Mark Streit and Guillaume Latendresse, neither of whom will be confused with Alexander Ovechkin or Alexander Semin, combined for ten) isn’t just unusual, but absurd. It was a reflection of a generally poor night for the home team in the sort of game from which they have to get two points. Getting three on the road is good…getting one of them against the Red Wings was nice. Two points last night was necessary. And now, Brian Pothier will spend some time on the shelf with a broken thumb. There are Caps fans who will rejoice at such a turn, but Pothier is second among Caps defensemen in scoring, eats up almost 19 minutes a game, and leads the team in plus-minus. At this point, if one thinks John Erskine or Steve Eminger is an automatic upgrade in filling that position, well…we’d disagree.

Next up for the Caps, in the last game before the Christmas break, is the Islanders on the road. The Islanders are in the midst of some tough times, going 2-7-1 in their last ten, which makes that game of the “necessary” sort. We’ll see…