So, with Ilya Kovalchuk’s gleaming new 17-year contract in limbo at the moment, we stop and ask ourselves, just how long is 17 years? Well, 17 years ago…

-- Martin Brodeur had a grand total of two NHL wins on his resume, getting a late season cup o’ coffee after completing his season at Saint-Hyacinthe Laser of the QMJHL.

-- Sidney Crosby had not yet celebrated his sixth birthday. This did not keep fans from voting him to his (and ESPN’s) first ESPY award as best NHL player.

-- There was still NHL hockey being played in Winnipeg, Quebec, Minneapolis, and Hartford.

-- The Ottawa Senators won 10 games… total… for the season.

-- No one saw more rubber go into their own net among non-goalies than Kevin Hatcher. He was on the ice for 162 goals against the Washington Capitals.

-- Alex Ovechkin – age 8 – would soon develop his passion for hockey by enrolling in hockey school.

-- Chris Chelios just completed his tenth season in the NHL.

-- Gary Bettman was just months into his tenure as Commissioner of the NHL.

-- The Buffalo Bills still had not lost four Super Bowls (they just lost their third). 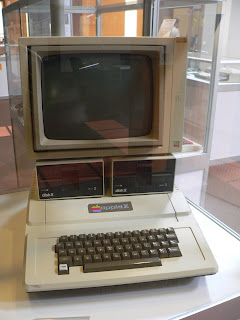