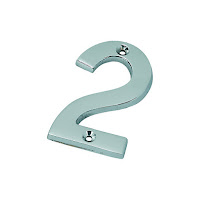 The Washington Capitals did their level best to give a game away, but they just couldn’t as Nicklas Backstrom scored the game-winning goal with 43 seconds left in regulation to allow the Caps to escape with a 3-2 win over the Columbus Blue Jackets in the first of a home-and-home set that will conclude on Friday night in Washington.

The Caps once again could not get out of their own way in the defensive zone.  They did a good job pinning Columbus in their end early, but when the Blue Jackets finally broke free and got the puck into the other end, they scored.  David Savard did the honors at the 1:58 mark.  Taking a feed from Alexander Wennberg at the top of the offensive zone, he threaded a shot through a maze of players and over the glove of the screened goalie, Braden Holtby.

Less than two minutes later, Markus Nutivaara took a holding penalty for Columbus, and the Caps evened the game on the ensuing power play.  Nicklas Backstrom and Evgeny Kuznetsov played catch with the puck on the right side, and when Backstrom took a return feed from Kuznetsov, he laid the puck out to John Carlson at the center point.  Carlson fired a dart that snuck through goalie Sergei Bobrovsky, and it was 1-1, 4:54 into the period.

That would be how the teams went to the first intermission, but the Caps took a penalty late, Nicklas Backstrom sent off for holding the stick with just 2.9 seconds left, the Columbus power play carrying over into the second period.

Washington led the first period in shots on goal, 12-11, and they had a 24-17 edge in shot attempts.  Alex Ovechkin led the team with four shots on goal and six shot attempts.  Tom Wilson had three of the four credited hits for the team, and Evgeny Kuznetsov won all three faceoffs he took, the only Cap over 50 percent.

Tom Wilson broke the tie five minutes into the period when he took a feed from Alex Ovechkin, broke in alone on Bobrovsky, deked the goalie to the ice, and slipped the puck on the backhand under his right pad to make it 2-1.

It would be the only goal, largely due to Braden Holtby, who stopped all 17 shots he faced.  Columbus had a 29-12 edge in shot attempts.

The Caps went into a shell, and then the backed up to the rear of the shelter, allowing the Blue Jackets to pile up shots and shot attempts.  Columbus chipped away over the first 13 minutes and then finally broke through to tie the game in the 14th minute.  Brandon Dubinsky chipped a rebound of his own shot over the left pad of Holtby to make it 2-2 at the 13:55 mark.

It looked as if the Caps would be fortunate to hang on to force overtime, but Nicklas Backstrom got the game-winner late.  It was a product of determined play by T.J. Oshie, who while tied up with David Savard at the bottom of the left wing circle to Bobrovsky’s right, backhanded the puck across to Backstrom closing on the net from the right wing circle.  Backstrom wasted no time, snapping a shot that Bobrovsky got a piece of on its way through, but not enough to keep it out of the back of the net.  The Caps held on from there to skate off with the 3-2 win.

--  Tom Wilson broke a 12-game streak without a goal with his second period tally.  It was his first goal on the road since he recorded a pair of goals in a 3-2 win over the Bruins in Boston on November 4th, a span of 15 road games without a goal.

--  Backstrom had a goal and an assist, his 207th multi-point game as a Capital, one behind Bondra (208) for second place in team history (Ovechkin has 311 such games).

-- Lars Eller skated just 12:20 in this game, his low in ice time for a road game this season.

Sometimes a team is not rewarded for playing well and lose on a fluke, a bad call, or it just not being their night.  This was the opposite.  The Caps really did not deserve to win this game, but they parlayed excellent goaltending from Braden Holtby (who, let’s face it, pretty much stole this game) and a good play from skilled players late to win a game they had little business being competitive in over the last 40 minutes.  The Caps preserved their record of not losing a game in regulation when leading after 20 minutes (19-0-1) and when leading after 40 minutes (21-0-2), but it did not come easy.  Now, they get to return home, try to correct their mistakes, and place the Blue Jackets’ playoff hopes in even greater jeopardy than that in which they find themselves with this loss.