On the frozen tundra of Kettler Capitals Iceplex, two titans took to the ice to settle old scores and write new stories in the legendary battle for Lord Brown’s Boot.

It was the Commonwealth of Virginia and the Free State of Maryland battling for the Boot in the Third Annual Dave Fay Memorial Hockey Game, and it was a contest for the ages.

It did not take long for the scoring to start, and as often happens in such things, it started with a big save. Virginia had an opportunity early, but Steve “The Ice Man” Kolbe saved Maryland’s crabs with a classic “stack the pads” save that was positively “Brodeuresque”… or maybe “Pang-like.” Maryland took advantage of their good fortune by hot-footing it the other way and firing the puck off the pipe and behind Virginia’s celebrity goaltender, Tara “The Ice Queen” Wheeler. Miss Virginia would keep the home team in the game, though, as Maryland owned the territorial advantage early and had several scoring chances that Wheeler foiled (with the occasional aid of the posts behind her).

Virginia would tie the game at 1-1, and they seemed to get their skates under them at that point, but Maryland answered when ringer Gary Rissling deked and dipsy-do-ed down the ice to solve Wheeler and give the Free Staters the lead once more. Maryland would score again to make it 3-1, but Virginia’s own ringer – Ken Sabourin – would pot the puck to get Virginia within one at the first intermission. The Ice Man would end his period of work with a 3-2 “win within the game” over the Ice Queen.

Just as they did in the first period, Maryland would open the scoring in the second, but it was a harbinger of things that would be fairly reminiscent of last year’s classic. Virginia roared back with five unanswered goals, the pipes being more forgiving to the hosts, with pucks hitting iron and going in, than they were to the visitors in the first frame of the contest. When the second period was over, it was Virginia holding a 7-4 lead. Things looked bleak for the Marylanders.

In the third, Virginia stretched their lead by scoring the first goal, then played to protect their lead. Maryland would get one back to close the gap to three once more. With more than four minutes to go in the contest, Maryland pulled out all the stops – or at least their goalie – in a desperate attempt to catch the Virginians (they’d already played almost a minute with seven men on the ice). The Virginians, however, potted an empty net goal to restore the four-goal advantage, but Maryland wasn’t done. They called time with 1:21 left to, as announcer Wes Johnson put it, “ponder how they could score four goals in the last minute and 21 seconds.”

The Marylanders would make a dent in that deficit, scoring in the last minute to draw within 9-6. Then, they pulled their goalie to get the extra man – or 15 – over the bench. With the Maryland bench emptied of skaters, the Virginians did likewise, and the scene on the ice reminded this observer of the battle of Antietam… or Fredricksburg… or maybe last call at the Rock Bottom Brewery.

Through the maze of bodies, Maryland would score one last goal in the dying seconds, but the visitors would come up short. The Virginian’s defended their title, winning the contest 9-7 and once more holding Lord Brown’s Boot aloft in victory.

It was an amazing contest, with a hat trick for each team and a record-setting performance, as Gary Rissling was credited with 47 assists, most of them coming from the friendly confines of his own bench. As for the “three stars” of the game, shoot… they were all stars – both teams – skating for a good cause. Here are a few pictures of the action… 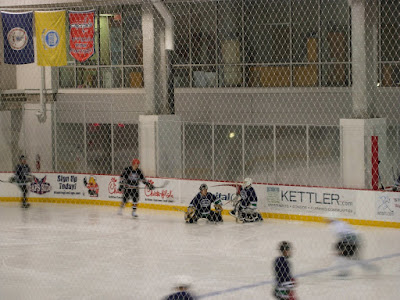 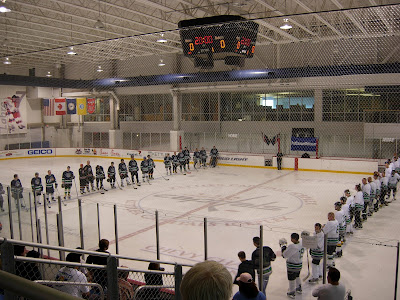 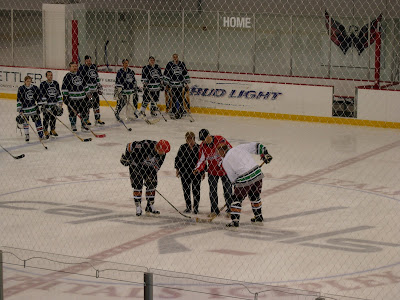 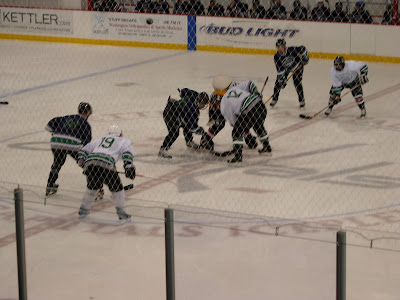 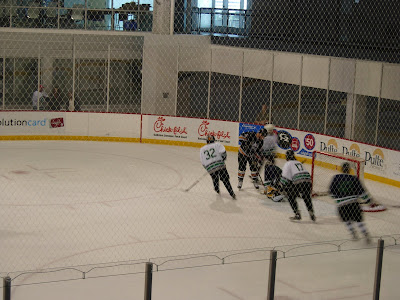 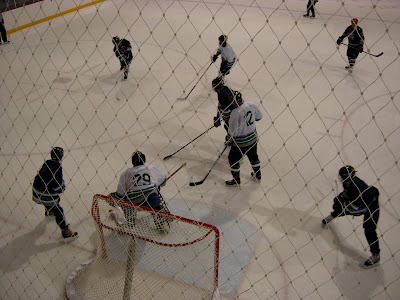 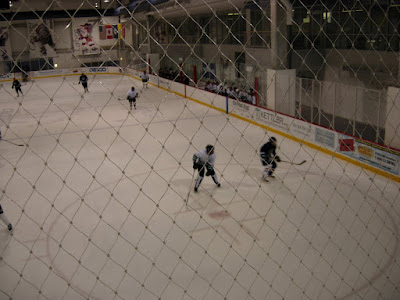 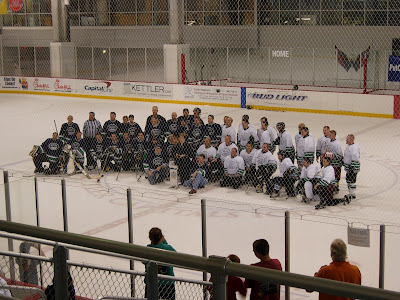