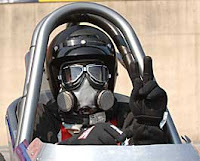 It wasn’t pretty, or more to the point, the Caps weren’t effective when they tried to be pretty. But when they just let fly, good things happened. They parlayed some welcome offense from Alexander Semin (two goals) and Tomas Fleischmann (goal, two assists), and a strange goal from Eric Fehr into a 4-2 win over the Montreal Canadiens in Game 1 AO (After Ovechkin was named permanent captain).

It wasn’t just a night of firsts for Ovechkin, either. It was Tomas Fleischmann’s first night as a full-time (well, almost full-time) center, and the early returns are quite encouraging. Of course, the only reason the Caps are doing this is as prelude to a blockbuster trade (hee-yeah… right).

But back to the game, it was a case of the Caps taking advantage of what looked like an off night for the Montreal defense (for the sake of Habs fans, we hope so… you’d look far and wide before you found a defenseman in white who had a good night). It would have been worse on the Canadiens had not the Caps all too often tried to make one last pass, foregoing a shot at netminder Carey Price. Bobby Bigpants had a decent game, but for the early part of the evening he either had really good looks at shots, or the Caps misfired (the Caps had 30 shot attempts in the first period, 11 on goal, none in the net).

In the second period, the Caps made things a bit easier on themselves by making things simpler for themselves. It didn’t hurt that Montreal took a couple of boneheaded roughing penalties – Scott Gomez for starting a kerfuffle moments after Semin scored to put the Caps up 3-1, retaliating for Semin tripping a Canadien who dropped Semin to the ice; and Maxim Lapierre for starting a scrum at the Washington net at a stoppage of play. The Caps didn’t score on either of those power plays, but coming in the latter parts of the second period, with Montreal down 3-1, the Canadiens could not establish any offensive rhythm to get themselves back in the game.

After that, it was a matter of clamping down. That does not mean playing prevent defense, and it looked for a while as if the Caps were doing just that. It made it easier for the Canadiens to make a game of it when Mike Knuble took the first of his two penalties in the third period. The Canadiens scored on the resulting power play, causing an uneasy grumble among the Caps faithful.

But that’s as close as Montreal would get, Semin slamming the door on the comeback by rifling a shot past Price with just over two minutes left in regulation. And thus, the Reign of Alexander The Captain began with a glorious victory… well, a victory.

-- We are always impressed by Price’s preternatural calm in net. Nothing seems to faze him. But calm can become sleepy in the blink of an eye, too. Price’s calm served him well when he could get good looks at shots and let Caps commit (his waiting on Mike Green to go high glove when Green had space and time to wind and fire anywhere he wanted was the best example). But later, when Caps like Semin and Fehr were shooting from odd angles or through screens, Price could only wave at the puck.

-- The goal by Fehr was well-deserved. It wasn’t pretty, to be sure. He took a feed from Brooks Laich and just shoveled the puck to the net. But in the “good things happen when you shoot” file, it hit a body in front and caromed into the net. It’s a bit of a reward for all the hard work he does at the other end forechecking. That’s two goals in three games for Fehr (with a healthy scratch thrown in).

-- Whether he was a winger or a center, Fleischmann made a really smart play when defenseman Andrei Markov ended up without a stick. He skated right at him from the corner. With Markov unable to employ a stick to poke check or otherwise harrass him, Flesichmann had more or less an unimpeded path to the net, where he beat Price low to the stick side.

-- John Erskine had a rough night. He couldn’t keep Scott Gomez from bothering him off the puck behind the Caps net just before Montreal scored their first goal of the evening, and he seemed to have a devil of a time keeping his skates under him. It showed in the third period. Whereas he had 5:48 and 4:17 in ice time in periods one and two, he was limited to 2:43 in the third.

-- Interesting move with Montreal on the power play and a faceoff in the Caps end. The Caps sent out Nicklas Backstrom late with David Steckel taking the draw. Insurance, one supposes (since Backstrom came off right after the draw). Such is the Montreal power play that you’d want that second center out there in the event Steckel was tossed from the circle.

-- Here’s a line… 2:42 in ice time, no shots, no shots blocked, no missed shots, no hits, no giveaways, no takeaways, no blocked shots, no faceoffs taken . That’s your line, Georges Laraque.

-- Neuvirth was solid in the usual goaltender responsibilities. Montreal scored on goal off a deflection and another when a pass nicked a skate on the way through. Hard to fault Neuvirth in either instance. But something to note about Neuvirth is that the skaters look to play with more discipline in their own end in front of him. Whatever the reason, he is now 4-2-0 in his last six decisions, 2.34, .918. Pretty respectable for a guy who under normal circumstances would be starting in Hershey.

-- He didn’t get a star, but should have (we hope he got the hard hat). Matt Bradley had ten minutes of raw cracklin’ energy out there. He was chugging all over the ice hunting down Canadiens and had a couple of nice scoring chances (he had four shots to Ovechkin’s three tonight).

The Caps looked a bit listless in the first period and tried to get a little too cute when they did have some energy. If not for that, this game might have been over early. Frankly, we were very much underwhelmed by Montreal. Perhaps it was the absence of the Kostitsyns, who provide quite a bit of skill to the lineup. But at five-on-five the Canadiens weren’t much of a threat to score, and in fact did only by way of a fluky bounce.

But two points is two points, and on the night when the Caps reached the 25-win mark, they churned out the points in a workmanlike effort, the kind that will see them through the long days of January.
Posted by The Peerless at 12:11 AM