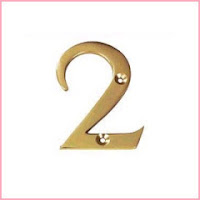 Big night on F Street, it was. The Caps defeated the Atlanta Thrashers, 5-2 to sweep the season series between the clubs in a game that really was, as they say, “closer than the score indicates.” The Caps broke on top with a first period goal by Nicklas Backstrom, then gave the lead away mid-way through the second period on a freakish goal by Evgeni Artyukhin off the skate of Brendan Morrison, who was camped in the high slot 25 feet away from goal Jose Theodore as Artyukhin tried to send a pass across the ice from the half boards.

Then the Caps gave away another one less than two minutes later with some sloppy puck management on a power play, allowing Clarke MacArthur to intercept a pass and take off on a breakaway. MacArthur broke in on Theodore and put the puck in the only place available, high under the crossbar over Theodore’s glove on a backhand. It was so high under the crossbar that it looked as if it hit iron, but a replay confirmed that it hit the net before rebounding out. That ended the fun part of the evening for the Thrashers.

The Caps roared back with four goals, including the 49th and 50th (the game-tying and game-winning goals) by Alex Ovechkin, an insurance goal by Jason Chimera, and the other bookend goal for Nicklas Backstrom. It was a big night for big guns and for the club in general…

-- With the win the Caps reached the 120-point mark. In doing so, they are the first non-original six team in the NHL to accomplish the feat.

-- Ovechkin notched goals 49 and 50 to take the lead in the goal-scoring race and become only the third player in NHL history to hit the 50-goal mark in four of his first five seasons.

-- With an assist tacked onto his scoring line, Ovechkin took the lead in scoring from Henrik Sedin. Caps fans had better hope Sedin’s out of bullets, because Ovie might not be playing on Sunday. Bruce Boudreau suggested that might be the case in the post-game (apparently at Ovechkin’s request).

-- Ovechkin hit 50-goals, and Backstrom hit the 100-point mark on the same play. Hope they have a band saw in the locker room to halve the puck.

-- Alexander Semin recorded three assists, making the BOSS line of Ovechkin, Backstrom, and Semin 4-5-9, plus-11 for the night.

-- Jeff Schultz was a plus-4, making him plus-9 in his last two games, which is better than 777 other player in the league for the entire season.

-- But for the freak goal and the shortie, Jose Theodore had a better-than-solid game, stopping 29 of 31 shots. The guy is in a zone right now. You could count the number of juicy rebounds he left on your fist.

-- Even Boyd Gordon, who has fought chronic back problems all year it seems, looked quicker than he has at any point since opening night.

-- You could tell one team was tuning up for the playoffs, while the other team was tuning out. The Caps registered only nine hits on the night (Ovechkin had none of them). Atlanta had 16 hits, but a dozen of them must have come after the Caps had their fifth goal (not really, they were 4-7-5 by period).

-- Continuing on that line, there were only 22 turnovers recorded, 12 by the Caps, 10 by the Thrashers.

-- Ondrej Pavelec kept the Thrashers in the game, to a point. There were an awful lot of pucks bouncing around in his crease early that gave the impression that if the Caps kept firing, they would eventually break through. In fact, Pavelec stopped 33 of the first 35 shots he faced, but allowed goals on three of the last 12 shots he faced, all of them in a space of 3:16 in the third period.

-- Alex Ovechkin had two goals on three shots, but he failed to register a shot on goal in any of the five power plays the Caps had.

-- Meanwhile, Alexander Semin was teeing it up on the power play; he had six shots on goal in 6:40 of power play ice time. He has 11 shots on goal for the game and had four of the Caps’ total of seven takeaways. Think he likes playing with Ovechkin and Backstrom?

-- The Caps tied a franchise record with their 30th win at home this season, tying the mark set by the 1985-1986 club. They can take the record for themselves on Sunday against Boston (remember, it’s a NOON start, kids).

-- Speaking of 30, it was the 30th win for Jose Theodore, the fourth time in his career he has reached that mark.

-- Tyler Sloan was the only Cap not to record a shot attempt, but he also sat for the last 16:58 of the game.

In the end, the Thrashers gamely hung on for two periods, but the Caps depth of firepower did them in. And when the flood came, the Thrashers had nothing left in the tank to prevent it (as we happily puree our metaphors). The Caps play for a bit of history on Sunday (the home wins record), and that will make things at least a bit interesting, if they are having to do it with a spotty lineup. But hey, these guys have earned it. Screw NBC. An 82nd game at noon on a Sunday when you have a 21-point lead on the rest of the conference means squat compared to what comes next week.
Posted by The Peerless at 11:56 PM

Well said my friend! It was an awesome game to be at.