Today’s rookie session was another two-parter. The first one involved no pucks and no goalies. It was a measurement session, timing the players in a variety of skating drills. For many of these players, it was a follow-up to similar drills performed at development camp in July – a half-circuit sprint around the ice, a blue-line-to-blue-line sprint from a standing start, and an S-course drill around the faceoff circles. No one blew a gasket (although Anton Gustafsson did take a header in the skate around as the session was starting), Marcus Johansson did, however, almost clip the net on the half-circuit sprint and had to ease off before hitting the timing boxes. Other than that, the session went pretty much without incident.

The second session was a full-on skating session, and it was another high-tempo set of repetitions with one group staring their repetition often before the last group had finished. The coaches are clearly pushing these guys through their drills to test their fitness as much as get the needed work on systems in. The other thing we noticed with the rapid deployment of drills and the quick time approach to performing them is that the players are forced to make decisions – within the construct of the drill – quickly. This was on display in what seemed like a simple enough drill in which the forwards would circle about in their zone, dropping, flipping and passing the puck to one another in close quarters. Caps fans who attend games and arrive early no doubt have seen something like this when Alexander Semin or Tomas Fleischmann or Nicklas Backstrom will skate with one another and circle lazily between the red line and blue line in the pre-game skate dropping passes to one another. Today’s drill was performed at a much higher tempo, and there were instances this morning in which players struggled a bit to find a rhythm or their teammates’ sticks. A lot of pucks went skittering off into the corner or to the boards.

Through two days, you would have to say that the attitude is “business-like.” There isn’t much by way of joshing around, and coaches are quick to take players aside and point out things that need work. Bruce Boudreau seemed especially displeased with one effort on the part of Josh Godfrey, who didn’t force action closely or quickly enough for Boudreau’s liking. His mantra was “move your feet.” That seemed to be something all of the players could mind.

Tomorrow is the rookie camp scrimmage, then the Caps/Flyers rookie game on Thursday. Time flies when you’re having camp. 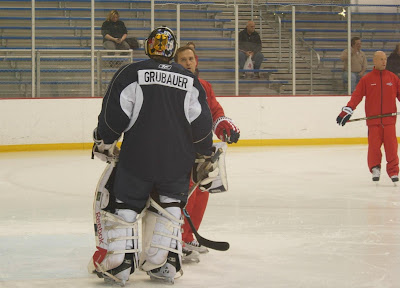 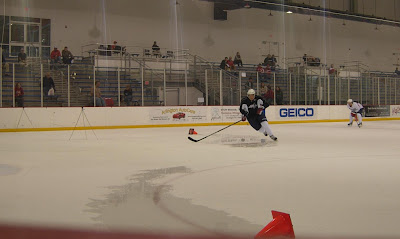 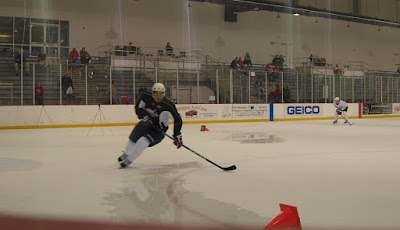 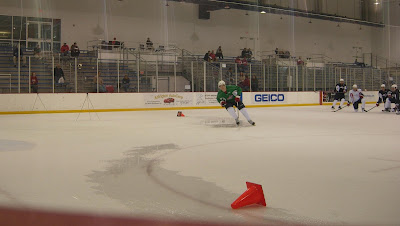 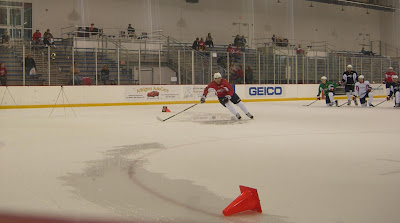 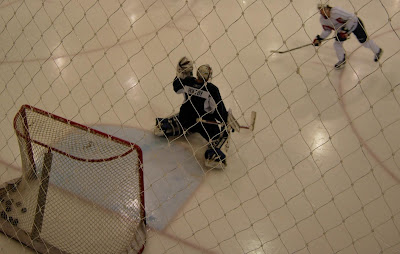 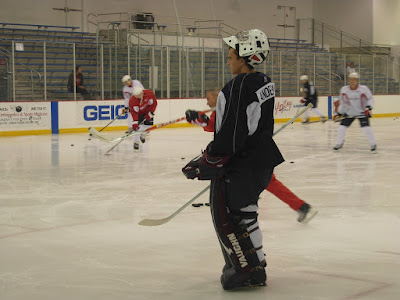 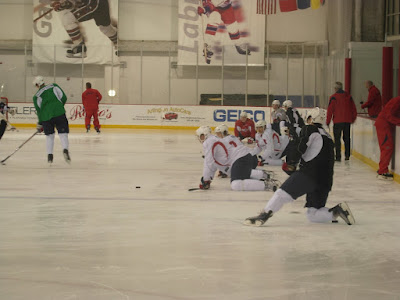 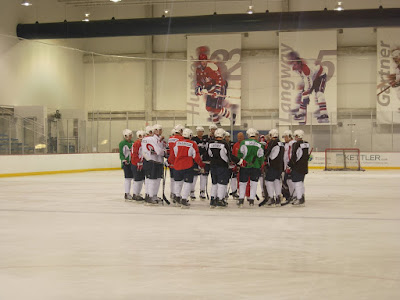 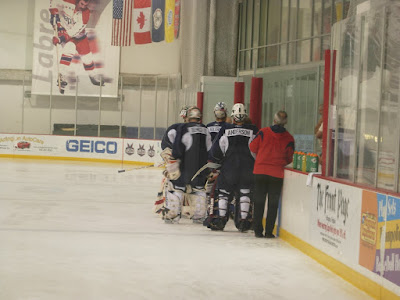 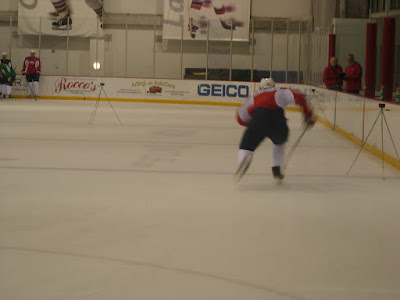 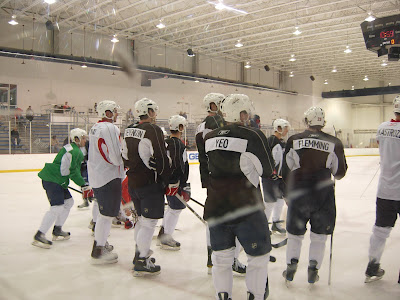 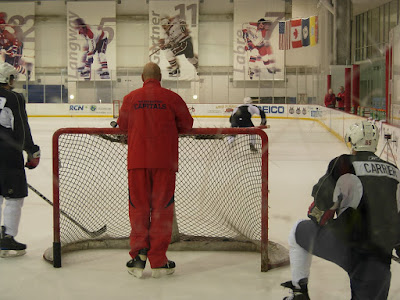 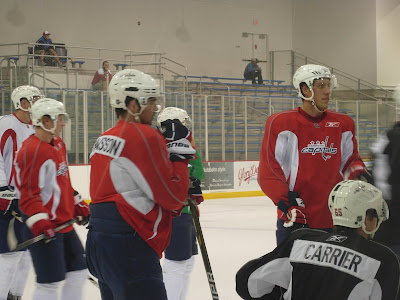