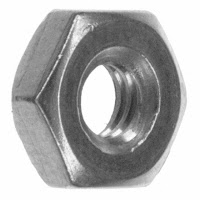 One would like to say that the Caps made progress last night. There were things to point to…

It didn’t matter, though, as the Caps dropped another one, a 3-2 loss to the Phoenix Coyotes. For all the good things the Caps might have done in this game, the contest came down to what Phoenix did – got fine goaltending, to a point (we’ll get back to that), and they blocked a lot of shot attempts (the Coyotes had more blocked shots (20) than they had shots themselves (18).

As we noted, the Caps scored first, but that is hardly an indicator of victory for this team. Marcus Johansson’s goal (which actually deflected off a Phoenix player and over goalie Ilya Bryzgalov’s shoulder) didn’t hold up as the Coyotes scored three goals in response. Matt Bradley made it interesting early in the third period by flicking the puck through a screened Bryzgalov, but the Caps ended up losing their 18th game in regulation, dropped to sixth place in the East, and finished this game with a 15-4-6 record when scoring first. That might seem pretty good, but it is 25th in the league in winning percentage when scoring first.

-- Whatever good stuff the Caps did, and there was quite a bit of it, actually, was performed in the first 45 minutes of the game. After Bradley scored at the 5:04 mark of the third period to cut the Coyote lead to 3-2 the Caps managed only five more shots on goal. More to the point, the Caps recorded only one shot on goal in the last 11:48 – a 68 foot shot from Alexander Semin at the 17:50 mark of the period. The Caps only attempted four shots in that last 11:48.

-- Bradley’s goal came only 40 seconds after the Coyotes took their 3-1 lead, and that was the product of a two-on-one break created when defenseman John Erskine could not hold up Vernon Fiddler inside the Phoenix blue line. Fiddler broke out on the 2-on-1 and finished the play off a feed from Scottie Upshall with Erskine unable to make up the ground to even things up.

-- Michal Neuvirth did not have a bad game; he had some excellent saves. But he wasn’t exactly Ginsu sharp on a couple of the Phoenix goals. The Whitney goal and the goal by Martin Hanzal looked stoppable. But one also might wonder what David Steckel was flailing at as Hanzal lifted the loose puck past Neuvirth. Steckel lost his man on the weak side – after looking for him and trying to cover him – just long enough for Hanzal to get his stick to the puck.

-- The Caps were 0-for-5 on the power play, but it looked a lot better than it has recently. They were getting pucks to the net (14 shots on goal) and charging after rebounds.

-- Ilya Bryzgalov is a fine goaltender, and he had a good night, but his job is made much easier when pucks are being fired low into his pads. If the Caps did well to get a lot of shots directed to the net, they did a less effective job making Bryzgalov defend pucks at waist level or higher in his butterfly.

-- Fifteen of the 31 Caps shots were stopped by Bryzgalov. Not redirected to the corner, not left for rebound – stopped for a faceoff. We’re not sure what to make of that – the Caps slow to get to loose pucks dropping in front of Bryzgalov, too much traffic running around in front of him to steer pucks away, Bryzgalov showing more confidence in his glove. But it did seem to contribute to a high faceoff volume (75 draws for the game).

In the end, it was little breakdowns that did the Caps in. Erskine getting caught to allow a 2-on-1, Steckel losing Hanzal for an instant, and Neuvirth not coming up large on either play. The offense was frustrating in that it did all anyone would want it to do…for 45 minutes. They shot the puck, they crashed the net, they made the Coyote defense work on the power play. They did everything but break the game open, largely because the shots they did get to Bryzgalov were in his wheel house for saves. They scored on an odd deflection (high over his shoulder, it should be noted) and through a screen. Then, in the last eight minutes…nothing. One shot, four attempts. In a one-goal game? Are you kidding me?

Those last eight minutes were a microcosm of the last two months. Simply not enough urgency or engagement when two points – or at least one – was there for the taking. The loss gives the Caps three consecutive losses, their fifth streak of at least three losses in a row this season. Before you panic, they had six such streaks last season. But last season they had eight streaks of at least three wins in a row. So far this season…four, only one of them since December 1st.

Doesn’t sound like a switch being flipped, does it?
Posted by The Peerless at 7:05 AM