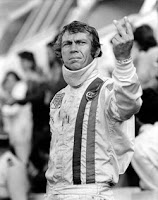 As many times as the Washington Capitals gave up standings points for less than sterling efforts this year, this time they managed to escape Buffalo with a pair of points with a less-than-spectacular effort as they defeated the Sabres, 2-1, this afternoon before a national “Hockey Day in America” television audience.

As frustrating as the last couple of months have been for the Caps and their fans (12-13-8 since December 1st), this ugly sort of contest might be the kind of game to turn things around for the last quarter of the season.

The Caps got goals from the two players who, for the moment, are competing for ice time on scoring lines to get the win. After a scoreless first period, Mathieu Perreault got the Caps off and running in the second by taking advantage of an imperfection in the rink. Matt Hendricks sent the puck deep into the Buffalo zone where it hit a support along the boards and rebounded into the slot in front of Sabres goalie Ryan Miller. Perreault cut behind Tyler Ennis where he was in position to receive the loose puck and snapped it past Miller before he could reset himself after starting to play what he thought would be a puck behind his own net.

Buffalo tied it on a power play less than three minutes later when Jason Pominville wristed a rising shot through a Scott Hannan screen (yes, he plays for the Caps) and over goalie Semyon Varlamov’s left shoulder.

The game remained tied until the 11th minute of the third period when Alex Ovechkin settled a puck in his own zone by bouncing it off his stick, catching it and dropping it to the ice. He skated the puck up ice into the Sabres’ zone where he fired it toward Miller. A rebound squirted out to the other side where it was found by Mathieu Perreault. Perreault sent the puck back toward Miller, but on the way it was deflected by Marcus Johansson enough to elude Miller for the power play goal and a lead that the Caps would hold over the last 9:40 of the contest.

-- Five power plays, 12 shots on goal. They scored on their last shot, a deflection by a player passing in front of the goaltender. One-for-five is nice (20 percent), but this power play is just gawd awful these days (11.1 percent over their last 35 games).

-- With an assist today, Alex Ovechkin has 19 points in his last 19 games, 16 points in his last 14 games, and five points so far through four games on this road trip. He is getting back to the production to which fans are accustomed. Now, if the rest of the scorers could find their stride.

-- 39 shots on goal, but only five in the third period. Fatigue at the end of a long (distance-wise) road trip?

-- Odd Mathieu Perreault stat…he scored at 10:20 of the third period. He did not get another shift for the remainder of the game.

-- Few players cram as much action into their time on ice as Matt Hendricks and Matt Bradley (Matt Squared?). Barely 20 minutes between them, four hits, a blocked shot, a couple of shots on goal, an assist.

-- Karl Alzner…no shot attempts, no hits, even. And no goals scored when he’s on the ice. If no one is mentioning Karl Alzner’s name, he’s probably having a good game. He had one today.

-- Speaking of which…one goal lead in the last minute, and which pair is on the ice for the Caps. Yeah, Alzner and John Carlson.

-- In the last 13 minutes the Sabres did not get a shot on goal from inside of 30 feet. Pretty good collapsing of the defense around Varlamov.

-- Caps have allowed a power play goal in each of their last four games; longest streak since giving up PP goals in seven straight during eight game winless streak in December.

-- Caps had 39 shots on goal, but only five from defense, and Carlson had three of those. Three defensemen had no shots on goal (Alzner, Schultz, Sloan). Alzner and Sloan had no attempts. Not complaining, since the Caps gave up only one goal…just an odd result given the high volume of total shots.

-- Mathieu Perreault and Marcus Johansson are still competing for that scoring line center position. They have seven and nine goals, respectively, after today’s game. This afternoon was the only game this season in which both recorded a goal in the same game.

In the end, it was two points the Caps needed. Yeah, it was the 13th time in 21 games in 2001 in which the Caps have scored two or fewer goals, but it was also the 13th time they allowed two or fewer goals in that span. If the Caps can get the power play going, they are likely to reverse that two-or-fewer goals scored number. Today might have been an encouraging sign in that the power play game-winner gave the Caps power play goals in consecutive games for only the second time since their first two games of December.

Today’s power play was a testament to perseverance. It was plainly awful in the first four tries, all of them coming in the first period when the Caps had a chance to get a lead and end the competitive portion of the afternoon. They had nine shots on those four power plays, but except for a marvelous glove save by Ryan Miller on one shot, the shots seemed once more aimed at the goalie’s pads. The Caps just look too tentative in shooting the puck, even when they have a mind to do just that.

Still, it is results that count, and two points is two points. The win puts the Caps in position to close to within three of Pittsburgh for fourth and within one of Southeast Division leader Tampa Bay as the Caps end the road trip with their first visit to Consol Energy Center in Pittsburgh tomorrow. It is a chance to make it a successful road trip when things looked a bit bleak earlier in the week after the west coast portion of the trip.
Posted by The Peerless at 9:15 PM