Last December, the Washington Capitals hosted the crew of HBO to film their run-up to the Winter Classic to be played against the Pittsburgh Penguins on New Year’s Day. In the second episode of the series, defenseman Mike Green said of the Caps' winless streak that was a theme in the early part of the series, “we’re being faced with a lot of adversity; at least we have time during the regular season to figure it out.”

Green was prescient. The Caps endured an eight-game winless streak while the cameras of HBO were rolling, but streaks can have an odd character to them. On winning streaks you can get a sense of when they are coming to an end when teams start to eke out wins when playing poorly by giving up too many chances, or winning by virtue of a lucky bounce or two, instead of winning with solid play. Conversely, you can tell when things might be getting better for a team on a losing streak when they start to tighten up their play and perhaps lose a game or two on an odd bounce.

Such was the case at the end of the Caps’ eight-game winless streak in December. After getting embarrassed by the New York Rangers at Madison Square Garden, 7-0, to run their winless streak to six games, the Caps tightened up their defense in a 2-1 overtime loss to Anaheim. After that loss to the Ducks, Bruce Boudreau said: "If we could play like that...we're going to win an awful lot of hockey games, and I see us winning a lot of hockey games in the future.” He might have been peeking into the future, too.

The Caps allowed three goals in the first period of their next game, a 3-2 loss to Boston, but tightened up by allowing no goals in the final two periods, and but for the acrobatics of Tim Thomas in goal for the Bruins – he stopped 25 of 26 third period shots – the Caps might have ended their streak on that night.

The Caps did end their winless streak the next time out, a 3-2 win in Ottawa. It was the first step in what would become – and still is – quite a run. With the 3-0 shutout of the New Jersey Devils on Friday, the Caps are 24-9-6 since that eight-game winless streak, and they have remade themselves in the process.

Last season the Caps were The Greatest Show on Ice, scoring goals often (a 3.82 average scoring rate, more than half a goal a game more than the second ranked team) and in bunches (22 of their wins coming by three or more goals). Defense? Well, yeah, as long as it didn’t get in the way of the show. The Caps finished 16th in the league in goals allowed per game, and of their 15 losses in regulation, six of them were of the three-or-more goal variety. That mix might have been fine in the regular season, where they could overwhelm most teams on most nights, but in the playoffs, where the playing field is more even in terms of talent, the approach did them in.

Which brings us to the 39 games since the Caps had their eight-game winless streak. It is a team unrecognizable to those who might not have seen the Caps since last season. On the one hand, the Caps have averaged only 2.46 goals per game, almost a goal and half less than they averaged last season and almost a half goal less than what they averaged in their first 34 games of this season (2.91) when they posted an 18-12-4 record. Last season, that 2.46 goals a game average would have been good for a tie for 28th in the league. One might have been forgiven if fans saw the red jerseys and wondered if the Caps and New Jersey Devils had changed cities (although last year the Devils scored 2.63 goals a game).

But despite that reduction in offensive production, the Caps have had an epiphany at the other end of the ice. The defense and goaltending has been amazing. In their last 39 games the Caps have allowed an average of 1.95 goals per game. Compare that to the 2.77 goals against they allowed last season and the 2.79 goals per game they allowed in their first 34 games this season. But here is the kicker. At their current pace of goals allowed for the season – 2.34 goals a game – the Caps will set a franchise record for fewest goals allowed in a full NHL season (192), besting the 194 goals allowed in 1999-2000. At the pace of the last 39 games (1.95), they will fairly shatter it with only 188 goals allowed.

Part of it has been an improvement in penalty killing. In the Caps first 34 games the penalty killers were 112 for 135 (83.0 percent), but improved to 112-for-138 (88.4 percent ) in the last 39 games. And what’s more, the Caps were able to minimize the occurrences of shorthanded situations. In the first ten games of this 39-game run the Caps allowed 4.6 shorthanded situations per game. In the second ten that dropped to 3.1, and in the third ten it dropped further to 2.6 occurrences. That number has jumped some (3.9 in the last nine games), but minimizing opponents’ opportunities has been a plus in this 39-game stretch. Overall, the numbers look like this:

Then there is the goaltending. You would be hard pressed to find a team in the NHL with the goaltending depth in prospects that the Caps have. Each of the three goalies dressing for the Caps this season – none of whom has yet reached his 23rd birthday – have nine wins or more for the season. But in this 39-game run of good fortune, it is arguably even better:

And if all of this hasn’t been good enough, the Caps are showing signs of improvement in those parts of their game that have lagged a bit, even in this run. Specifically, the power play, which has struggled a lot this season, is 5-for-18 (27.8 percent) in the last six games after going only 10-for-103 (9.7 percent) in the first 33 games of the current run.

Despite having a reputation of being a run-and-gun offensive team, this Caps squad has done it with just about everything but offense. Consider the following. Their second leading goal scorer has missed 15 games this season (Alexander Semin). Their top defenseman (Mike Green), among the elite offensive defensemen in the game, has missed 24 games, and his return is a matter of uncertainty. Their sixth leading goal scorer is playing in his first pro season in North America (Marcus Johansson). Their seventh leading goal scorer has played in only 45 games (Eric Fehr). Their ninth-ranked scorer came to training camp on a tryout contract (Matt Hendricks).

If last year’s group was a herd of pure bred greyhounds, this year’s group is a bunch of mutts grinding away game by game in a manner that is a faint echo of the lunch pail group that played for the Caps in the 1980’s. In the 39 games since the eight-game winless streak the Caps have held opponents to two or fewer goals 28 times. Even though they have scored two or fewer a total of 20 times, themselves, the improvements on defense have enabled them to carve out a 24-9-6 record and challenge for the top spot in the Eastern Conference.

If the style the Caps have forged over the past 39 games can carry them to playoff success, then the eight-game losing streak in December might have been the best thing that happened to them this season, ugly as it might have been at the time. Maybe in these 39 games the Caps, to use Mike Green’s phrase, “figured it out.” For in both streaks – losing and winning – perhaps they found their game.  Not as stylish or nimble as a Lamborghini, perhaps, but certainly capable of taking the Caps where they want to go. 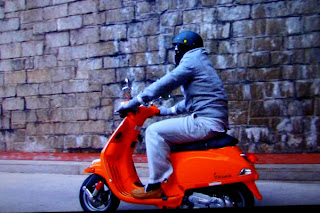 Your stuff is, I think, the best writing and coverage of the Caps out there -- topping that of the professional media. I can only imagine what your work would be like were you afforded the access to team sources as that of full-time professional journalists. Thanks very much.

Thanks very much. Comments like that from readers really mean a lot.

I agree with Jeremy - I read your material first - all of it. Then I peruse the rest of the SB offerings. When you were off line during the all star break I missed the stuff.

Said it before, but...God bless your prescience and your presence!! Now your next task: convince Caps Nation and the Twitterati that Ovie's injury is a maintenance thing, that the Flyer game is of little or no consequence and that the team goal must be resting everyone up for an extended playoff run....

Great analysis as always. I wonder if BB would become the first coach to set a franchise high for G/g one season and then a franchise low GAA the following season?

Good article, an interesting twist though would be "what if this metamorphis in fact doesn't work and still results in a 1st round exit"