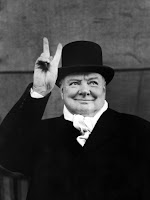 Maybe that should read, “four and oh brother.”

The Caps have been 4-0 three times in team history, and we feel quite comfortable is saying that this is the ugliest edition of the three. The Caps outlasted the Ottawa Senators tonight, 2-1, in what would have been perhaps the most boring 60 minutes of hockey in the league this season, if not for some sparkling work by Tomas Vokoun in goal for the Caps.

Vokoun stopped 32 of 33 shots to earn his second win, and that leaves him with 79 saves on the last 82 shots he has faced, going back to the third period of the 6-5 win over Tampa Bay (.963 save percentage). For the most part he was solid in his positioning, but it was his stick work that almost did him in, mostly when he was handling the puck behind his own net (we’ll chalk that up to the learning period with his defensemen).

The one time when it did do him it, it was merely the last miscue in a grisly shift in the defensive zone for the Caps. It came in the last minute of play in the first period, when Nick Foligno corralled the puck behind the Caps’ net. He sent it out to David Rundblad at the right point. Rundblad had acres of space and time to spare to figure out what to do, because the Caps were standing around in front of Vokoun with their backs to the play. Rundblad stepped up and sent a shot that deflected to the stick of Foligno at Vokoun’s left. Vokoun tried to poke-sweep check the puck away from Foligno, but only got a lot of Foligno’s skate. The move on Vokoun’s part left him prone on the ice and unable to do anything to defend Peter Regin, who picked up the puck near the goal line and snapped it over Vokoun with just over 25 seconds left in the first period.

The goal sucked all the momentum off the Caps bench that was built with Swedish hands. Nicklas Backstrom scored his first goal since last March 22, breaking a 20-game goalless streak (including playoffs). It came on the first of three Caps power plays and was the product of two nifty passes from in close. The first was from Mike Knuble behind the Ottawa net to Alexander Semin, who took advantage of a terrible attempt at a poke by Senator defenseman Chris Phillips by dishing it across the crease to Backstrom at goalie Alex Auld’s left. Backstrom stilled the puck with his skate, then ripped a forehand off the far pipe behind Auld and in from a severe angle.

The second goal was a product of something you can’t teach – speed. Marcus Johansson had the puck on his stick skating down the left side with Senator defenseman Erik Karlsson trying to keep pace. Johansson bent his line to curl around the back of the Ottawa cage, and Karlsson was left with only his stick to try to defend Johansson as he was pulling ahead. Johansson beat Karlsson around the back of the net, and beat Auld to the front as he wrapped the puck around the post and between Auld’s legs for the second goal.

-- What to make of Alex Ovechkin. In 18 minutes he had seven shots, three hits, three takeaways, and played all 200 feet of ice, for the most part. But he looked lost in his own zone on the Ottawa goal, and he had a couple of fine scoring opportunities that he passed up looking for teammates.

-- And there is this, too, about Ovechkin. The Caps had a total of 5:49 of power play time. Ovechkin skated only 2:21 of it and was not on the ice when Backstrom scored his power play goal. Again, what to make of it. Parceling out the time, or trying to send Ovechkin a message?

-- Jared Cowen led all players with seven hits, but it was the hit he took that was the most memorable. Trying to angle Ovechkin to the boards on a rush, he looked to have Ovechkin pinned, but Ovechkin, sensing he was running out of room, lowered his shoulder and lifted Cowen off his feet with a hit of his own. But, Cowen didn’t allow a scoring chance.

-- Vokoun won the first star of the game, and we agree. Mike Knuble won the second star off a two-assist performance, and Marcus Johansson won the third star for what was the game-winning goal. But from our seat, the most impactful player on the night for the Caps was Jason Chimera. Chimera used his speed to great effect in pressuring the Ottawa defense, to the point of the Senator defensemen cheating to try to cut him off on wide rushes. It enabled him to at least attempt a few passes to trailing teammates.

-- This was a team the Caps should have put away early. They didn’t. But they should have put them away late, too. Defenseman Sergei Gonchar took a puck off the boot late in the first period and did not skate over the last 40 minutes (it was later diagnosed as a bruised foot). The Senators, not a very good defensive team when fielding a full complement of defensemen, rotated five defensemen through the lineup. The Caps could not take advantage.

-- “Prevent” defense usually prevents only winning. The Caps were outshot 29-16 after Johansson’s goal at the 12:01 mark of the first period. It could have ended much worse for the Caps.

-- The watch word in this game might be, “didn’t”…as in, the Caps didn’t let this one get to overtime (the first regulation finish in four games this season).

-- The Caps didn’t relinquish a third period lead (they did so in each of the first three games).

-- They didn’t take any silly offensive zone penalties. In fact, the one penalty called on Washington – a boarding call against the Caps – looked very weak from our view. Zenon Konopka as much lost his balance as he was hit by Alzner.

-- Only Jeff Halpern won a majority of his draws, and that was only 3-for-5. The Caps were officially 28 up and 33 down in the circle, but it looked to us a lot worse than that. Part of the problem was poor support from wingers after the drop of the puck. The center was more or less on his own to win the draw cleanly too often.

-- Speaking of draws, the fact that nine Caps took draws, and eight Senators took them speaks to a busy night for linesmen throwing guys out of the circle.

-- The Caps were not sharp except for some stretches in the first period, but where they were bordering on poor was their work along the walls. Too often a Senator came out of a scrum or a one-on-one battle with the puck or able to push it along to a teammate.

-- We will give the Caps this… one penalty, one shot allowed, and if Erik Karlsson is the one taking that shot, we like the Caps’ chances. Part of winning the special teams battle, especially if you don’t draw many penalties of your own, is making sure to cut down opportunities for the other guys and minimizing chances when they do get them.

The 2-0 lead the Caps took 12 minutes into the first period might have been a signal that the Caps were going to lean on the Senators, get them down, and stand on their throats. But that goal with 26 seconds in the first period gave Ottawa some confidence, and they had the best of play in the last 40 minutes. One usually complains that a team doesn’t give a 60-minute effort. Tonight, the Caps didn’t give a “20-minute” effort in the first period, and it nearly came back to bite them in the end. Fortunately, Tomas Vokoun did give a 60-minute effort. It was enough for the Caps in a franchise record-tying, if not memorable, performance.
Posted by The Peerless at 12:36 AM

Love your recaps!
I have a question....
As a long time fan, but hockey novice, why DO players get kicked out of the circle during face-offs? I noticed all the players being sent out all night but couldn't understand why half the time...

When taking a faceoff, the player has to be "square" to the dot (that's why the horizontal lines are there); he can't lean to one side of the other to seek advantage. Also, the player from the visiting team must put his stick down first (there is a lot of leeway given on this, it seems). And, neither player may try to hook the other's stick; they must be still before the puck is dropped. If in the opinion of the linesman any of those rules are broken, he may "toss" the player from the faceoff. In other instances, if another one of the players tries to beat the drop of the puck by jumping across the invisible plane that separates the two sets of players, the referee may call for another draw with the man that took the draw for the offending team tossed out of the faceoff.