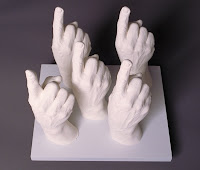 If on April 8th the Washington Capitals are at Kettler Capitals Iceplex packing things up for the summer after having missed the playoffs by one point, this is the game they will be thinking about.

The Caps ran out to a 3-0 lead not 26 minutes into their contest with the Winnipeg Jets, but that was the high-water mark of what became a disaster, losing the lead and eventually the game as the Jets stormed back to tie the game later in third period, winning it on a Tim Stapleton goal in overtime, 4-3.

If this was a “playoff” game for both teams, it was what Caps fans have come to know as a “Game 5.” A game in which the Caps can put an opponent away once and for all and don’t, eventually losing the game, losing their momentum, and eventually losing their eligibility to play on. You know, those games in which the Caps get out to that 3-1 lead in games and seemingly have things well in hand until they don’t. And then they dissolve like wet tissue paper.

The “getting out to that lead” came swiftly in this game. Jason Chimera got things started right…literally. It started with Alexander Semin and Blake Wheeler chasing a puck to the side boards in the Caps’ end. Semin got there first and guided the puck up the wall to Jeff Halpern. The Caps’ forward skated the puck out of his own zone and as he got to the red line eased a pass over to Chimera steaming down the middle. Tobias Enstrom was the only Jet back, and he had neither the speed, nor the proper angle to cope with Chimera’s momentum. Chimera was in alone and finished the play with a backhand to the left of goalie Ondrej Pavelec to open the scoring. It was a play made possible, in part, by the fact that the two passes that came before the puck landed on Chimera’s stick were made easier by the fact that both Semin and Halpern are right-handed shooters. Had they been left-handed, neither pass is likely to have been as accurate or as crisp to get Chimera free.

Then it was Alex Ovechkin’s turn to wreak havoc. The first was classic. Mike Knuble digs a puck out from the boards and moves it up to Brooks Laich. Then, Laich sends the puck ahead on a stretch pass to Ovechkin down the left wing. Ovechkin uses defenseman Mark Stuart as a screen and rips a wrist shot past Pavelec…2-0. The second one from Ovechkin was the product of some passing wizardry. John Carlson started it with the puck deep on the right wing boards. He chipped it up off the wall to Alexander Semin. Then, Semin sent it deep to Jason Chimera, who sent it to Mathieu Perreault in the high slot. Perreault slid it over to Ovechkin who buried a one timer, and it was looking a lot like the Wayback Machine had taken us back to the 2009-2010 season.

And in a way, it did. And not in a good way. Barely a minute after Ovechkin’s goal, Ben Maxwell got his first goal of the season to give the Jets some life. Barely a minute after that, Bryan Little edged the Jets another goal closer to make it 3-2. Then, and this really could happen only to the Caps, the Jets tied things up, not with an Evander Kane or a Blake Wheeler, or even a Dustin Byfuglien getting the game-tying goal. No…Spencer Machacek scored his first NHL goal. How? Off a Caps faceoff win. Jeff Halpern won the draw from Tim Stapleton in the Caps’ end to goalie Michal Neuvirth’s right at the 16:10 mark, but somehow the puck ended up on the stick of Ben Maxwell. He did what you do in those situations, he just threw it at the net. And with Mathieu Perreault tripping Machacek up, Machacek flicked the puck past Neuvirth’s left pad on the far side as he was tumbling to the ice. Tie game.

The rest was almost anti-climactic, because you know how these things generally end for the Caps. The Jets had control of the puck in the Caps end, Dustin Byfuglien beating John Carlson to the puck. Byfuglien saw Tim Stapleton skating into a seam in the 4-on-4 overtime defense and hit him in stride. Stapleton took a step up, snapped the puck over Michal Neuvirth’s left shoulder, and the comeback was complete. Just as we remember it.

-- There are good one-point wins, and there are bad ones. This is as bad as it gets. Home ice, a chance to stick a fork in one of their pursuers for a playoff spot, getting out to a 3-0 lead, and you lose? There is not enough sugar at Domino Sugar to coat this one.

-- Of the 23 shots on goal, the Alexes had 10 of them. Thirteen shots among the other 16 skaters, none of them from Brooks Laich, Mike Knuble, or Marcus Johansson.

-- Among the unsung for the Caps, Jay Beagle and Mathieu Perreault were a combined 18-for-24 (75 percent) on faceoffs.

-- Masters of the quote. See if you see a theme here…

“We were just panicking, throwing pucks everywhere. We knew they were going to come at us. Their season was on the line. It’s a disappointing end to a good period-and-a-half of hockey that went to waste.”

“You kind of put your tail between your legs when a team presses as hard as they did. We’re just trying to get the puck out. But when there’s time to make plays, you have to make the plays.”

“I don’t know. We get the lead 3-0 and [we’re] supposed to play simple and smart hockey, but it cost us a huge two points. We get one, but we gave them two.”

“We never should’ve lost that [game]. We just fell apart pretty much. It was an embarrassing, embarrassing loss.”

It doesn’t matter who said what, it could be any Cap in any big game over the past 25 years.

In the end, whatever momentum the Caps might have generated from a .500 road trip against some tough teams and a strong first 25 minutes was obliterated in that last 40 minutes of the game.  Alex Ovechkin summed it up. "It's stupid play by us. We just totally stop playing after they score (the) first goal. And we played so different style of hockey in the third period, so they just put puck deep and get pressure and they score another one."

Yup…it’s playoff time.
Posted by The Peerless at 7:42 AM

If they lose out of the playoffs by one game, they will be thinking about:

Unfortunately, I could go on and on.

Yeah that was a royal bite in the rear. But let's also be critical of the fans at the Verizon center. On TV they seemed comatose even with a three goal lead. It was like they were expecting bad things. One game not long ago there was one joker in section 210 who kept yelling insults at Shultz. ]The first one or two were funny, but the whole game? Ridiculous. Fans need to help the team get over the hump by getting a little "good" crazy. The team can feed off the fans (like it used to be) and like it is in Winnipeg. I swear it's like being at a UVA football game these days...