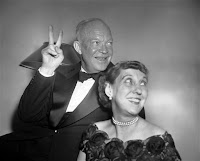 Alex Ovechkin can now add his name to the list that includes Cy Denneny, Reg Noble, and Joe Malone.  Ovechkin became the fourth player in NHL history to record hat tricks in back-to-back games to start a season and the first in 100 years (from Elias Sports Bureau) as the Caps steamrolled the Montreal Canadiens, 6-1, at Capital One Arena on Saturday night in the team’s season opener.  And in a double first, Nathan Walker became the first Australian player to appear in an NHL game, and he became the first Australian player to record a goal in the NHL.

Wayne Gretzky once said, “you miss 100 percent of the shots you don’t take.”  It might explain Alex Ovechkin going after a loose puck above the left wing circle, spinning, and slapping the bouncing puck over the glove of what appeared to be an utterly shocked goalie Carey Price 20 seconds into the contest to set the stage.

Less than half a minute later, the Caps had a 2-0 lead when T.J. Oshie recorded his first goal of the season off a Montreal turnover.  Jordie Benn circled out of the corner in the defensive end and tried to move the puck up ice, but Andre Burakovsky intercepted the feed.  Burakovsky fed Oshie moving through the left wing circle, and Oshie left it for Nicklas Backstrom.  The shot from Backstrom was stopped by Price, but not covered, and Oshie swooped in to swat the puck behind Price from the goal line to Price’s right just 46 seconds into the period.

Before the game was three minutes old, the Caps had a 3-0 lead when, on a power play, Ovechkin declared his office open for business.  Evgeny Kuznetsov and Nicklas Backstrom played catch on the right side of the power play formation until Kuznetsov found a lane through the middle of the ice to Ovechkin in the left wing circle.  Ovechkin one-timed the puck past a twirling Price to make it 3-0 at the 2:51 mark.

Neither the Caps nor Ovechkin were done with the first period yet, though.  With under two minutes in the period, the Caps worked the puck around the perimeter, Evgeny Kuznetsov to Aaron Ness, and back to Kuznetsov circling to the top of the left wing circle.  Kuznetsov’s blast from the top of the circle was redirected by Ovechkin past Price at the  18:10 mark to take a 4-0 lead to the first intermission.

Montreal came out with a new goalie – Al Montoya in relief of Price – and a new attitude, pressuring the Caps from the start.  It made for a period dominated by Braden Holtby in the Caps’ goal.  It paid off when Brendan Gallagher got loose at the top of the paint and converted a feed from below the goal line by Paul Byron to get the Canadiens on the board 4:50 into the period.

Ovechkin would restore the four-goal margin late in the period.  Circling through the right wing circle, Ovechkin fed Kuznetsov, who moved to the middle to create space.  It was enough to feed Ovechkin heading to the net from Price’s left.  As he reached the top of the paint, Ovechkin pulled the puck to his backhand and slid it toward Montoya.  It hit two Canadiens’ skates before it slithered across the line just before Oshie could tap it in.  Then, late in the period, Nathan Walker made history again.  He made it 79 seconds into the game when he stepped onto the ice as the first Australian to play in an NHL game.  And at the 18:05 mark of the second period, he made some more.  Jay Beagle won a draw in the offensive zone to the left of goalie Al Montoya.  Devante Smith-Pelly settled the puck at the top of the right wing circle and fired.  The puck hit Walker on the way through and eluded Montoya to give Walker his first NHL goal and the first “Australian” goal in NHL history.

No scoring in this period, but by this time, who cared?

- For some players, hat tricks are thought of in terms of games.  Alex Ovechkin recorded hat tricks in consecutive periods, following up his three-goal third period against Ottawa on Thursday with a three-goal first period on Saturday.

-- Ovechkin might have made it a career-high five-goal night in the last minute, but on an odd-man rush, he passed up a shot to feed Evgeny Kuznetsov, who fed Jakub Vrana, who whiffed on the opportunity.  As it was, it was Ovechkin’s fourth career four-goal game.

-- Ovechkin has seven goals in two games.  In the last thirty years, it is the most goals in the first two games of an NHL season.  Three players opened the season with five goals: Mike Gartner in 1988, Wendel Clark in 1992, and Brendan Shanahan in 1994.

-- Eleven skaters had points for the Caps, 14 skaters finished as “plus” players.  Only Brett Connolly was on the minus side of the ledger (minus-1).

-- Ovechkin had more than a third of the Caps’ total shots on goal (eight of 23).

-- Score effects in one graph (from Corsica.hockey)...

It would be hard to script a home opener better than that.  Maybe raising a Stanley Cup banner, but a four-goal game from the Captain, a sterling effort from the star goalie, and an unprecedented debut isn’t bad.  Two games in, and Alex Ovechkin has more than a third (six) of all the even strength goals he scored last season (16), and in doing it he has not forgotten the address of his office.  His hat trick goal was perhaps the most telling.  And he took advantage of an old teammate in doing it.  With the Caps working the puck around the perimeter, Ovechkin is working his way across the high slot, fighting for position with a Canadien defenseman – former Cap Karl Alzner.  He worked his way into position to free his stick to get enough of the Evgeny Kuznetsov shot to elude Carey Price.  If this is now in Ovechkin’s repertoire, it could be a big season for the captain and the Caps.