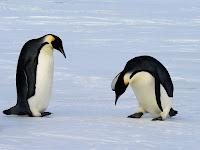 
Braden Holtby made history in this game, but it is part of a nice roll he is on.  In his last five appearances he is 5-0-0, 1.98, .939.  But for the unfortunate episode with Dmitry Orlov’s stick, this one might have been a shutout.  At the other end, the Caps had fine balance, a matter that has been an issue with some frequency this season.  This is the kind of team – the kind of game – that this year’s Capitals have to have, a team that gets contributions up and down the roster, solid special teams play at both ends, and solid goaltending.  If they can put more of these kinds of games together, the Capitals will be right in the thick of things.
Posted by The Peerless at 11:00 PM