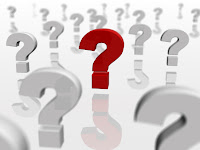 But what two weeks also does is make us realize that now, it’s a sprint to the finish – six weeks to play 19-22 games. And with so little time left, the focus will sharpen on what is the big issue for clubs fighting for a playoff spot or who have bigger aspirations than just making the playoffs. So, what is the big question that each team has facing it? We’ll start in the Southeast…

Washington: Can the Capitals settle on a goaltender?

If the Caps play .500 hockey the rest of the way (as measured in standings points available) they will finish the year with a franchise-record 110 points. Making the playoffs is not an issue for this club. But if going deep in the playoffs is the benchmark for success this year (if not reaching the Stanley Cup final), then the lingering issue they have is between the pipes.

No Washington goaltender has a majority of the wins for the Caps – Jose Theodore has 20 of the Capitals’ 41 wins so far. This speaks to a certain depth in the Capitals’ organization, but the flip side of that is that it is not yet clear who the number one goaltender will be for Washington when the playoffs start. Each of the three potential candidates has their arguments to make and their issues to answer for.

Theodore has been good, even spectacular in spots, but he carries the baggage of inconsistency and last year’ s disappointing performance in Game 1 of the opening round that earned him a spot on the bench for the duration of the playoffs. In his last ten appearances he is 8-0-2, 3.01, .917. What is alarming there is that he allowed 16 goals in his last four appearances. Varlamov, last year’s darling of the playoffs, has been good but brittle. Groin and knee injuries have limited him to 17 appearances this year, only one since December 7th (and he was lit up for six goals in that one). He had two shutouts in his last four appearances before going on the shelf in December. But he is essentially doing a season restart on March 1st. Neuvirth, the MVP of last year’s Calder Cup playoffs, has been plagued by the sort of inconsistency you would expect from a rookie. He hasn’t been credited with a loss since January 2nd, but in his last 10 appearances he has three starts he didn’t finish in going 6-0-0 (he also relieved Jose Theodore in what would be another no-decision), and he was injured in his last appearance.

By now, in a perfect world, Bruce Boudreau would have seen enough to make a choice between Theodore and Varlamov as the number one getting ready for the playoffs. But now, with 20 games left and the sprint about to start, the problem is that he probably hasn’t seen enough of a healthy Varlamov to make that choice. Will Varlamov be getting the lion’s share of starts coming out of the gate? It bears watching.

In four full seasons in the NHL before this one, Niittymaki never appeared in more than 52 games (and he was 9-29-9 for an awful Flyers team in that season). Well, he has appeared in 16 of the last 18 Lightning games and has a much better record than teammate Mike Smith in wins and losses (16-10-5 versus 10-14-6), goals against average (2.55 to 2.97) and save percentage (.917 to .903). Statistically, Niittymaki is putting together his best career season, but is he going to have the opportunity to maintain that pace in the season’s last six weeks? Here is the problem for Tampa Bay – his career record after March 1st is 8-11-1, 3.33, .889. Does he have enough gas in the tank to help get the Lightning into the top-eight?

Atlanta: Can the Thrashers be less consistent about their inconsistency?

The Thrashers have won consecutive games once in 2010. On the other hand, they’ve only gone without a point in consecutive games once in 2010 ( a three game losing streak from January 30th to February 5th). Their 8-7-6 record since January 1st is testimony to their inability to get any traction on their schedule. Trading away the franchise – Ilya Kovalchuk – is the sort of distraction that can’t help a team fighting consistency issues.

The Thrashers are only two points out of eighth place with three teams to climb over to get there. But what they need to wring some consistent winning out of their schedule is a “go-to” guy. Not to replace Kovalchuk, mind you, but a guy who can reliably approach a point a game and pot some clutch goals. Is that guy on the Thrasher roster? Nik Antropov was 3-9-12 in his last ten games heading into the break and is now the Thrashers’ leading scorer. Maxim Afinogenov – the Thrashers’ second leading scorer – was 3-1-4 in his last ten games going into the break. Rookie Evander Kane had goals in three of his last four games heading into the break. Unless the Thrashers have some more wheeling and dealing coming, it’s likely that the go-to guy has to come from this trio. It’s a rather steep hill to climb.

The last time a goaltender for the Panthers other than Tomas Vokoun earned a decision was December 27th. That’s 21 consecutive games (8-10-3) and counting. Add to that the fact that Vokoun is in Vancouver, where he played in all three of the preliminary round games for the Czech Republic. He will likely get the call when the Czech’s play Latvia on Tuesday, when they play Finland in the quarters on Wednesday (assuming they beat the Latvians), and – if it should come to pass – in the semis and medal game. With Florida lurking six points out of a playoff berth and with four teams to hop over, the question coming out of the break will be whether Vokoun plays in all of the Panthers’ last 21 games starting a week from tonight and whether he will have enough gas in the tank to make a difference. Since the lockout he has had a respectable finishing kick to his seasons, going 25-17-8 in games after March 1st. It’s worth noting that since the lockout, backup Scott Clemmensen has played a total of five games after March 1st, and in only two of those did he play a full 60 or more minutes (1-0-1).

Carolina: Is there enough time left?

When Carolina dropped a 3-2 decision to Tampa Bay on January 18th – their third straight loss at the time – they were 13 games under .500 with a 14-27-7 record. Since then the Hurrricanes are 10-3-0 and went into the Olympic break with a five-game winning streak. With 21 games remaining, nine points out of a playoff spot, and six teams to leap-frog, it is a daunting climb. What the Hurricanes do not have is the luxury of seeing whether their winning streak going into the break can be duplicated coming out of the break as a basis for making trade decisions. The deadline, coming as it does on March 3rd, provides almost no room to make any further evaluations of the current roster. Unfortunately for the Hurricanes, it is almost certainly too little, too late, and assets will be moved in anticipation of next year and beyond.
Posted by The Peerless at 11:01 PM