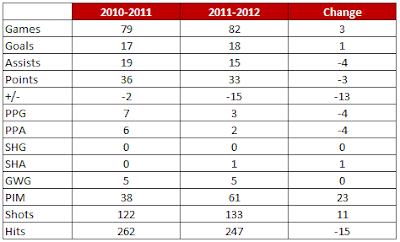 Email ThisBlogThis!Share to TwitterShare to FacebookShare to Pinterest
Labels: 2011-2012 BY THE TENS, NHL, the peerless prognosticator, troy brouwer, Washington Capitals