How the Game is Played: Who is the Most Influential Person in the Post-Lockout Era?

Anyone with more than a casual interest in the sport of hockey in general and the National Hockey League’s brand of it in particular would probably answer the question in the title with, “Sidney Crosby,” or perhaps “Gary Bettman,” or maybe “Brendan Shanahan,” or even perhaps a generic physician whose specialty is treating concussions. 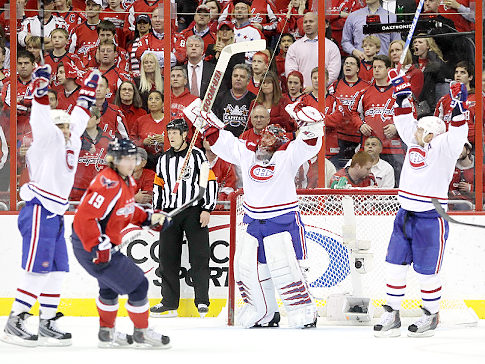 Professional team sports differ in their rules, their cultures, their uniforms. But one thing that seems to bind them together is this – they are copycats of success. If an NFL team wins a Lombardi Trophy by pounding the ball off tackle 45 times a game, you can be sure that in the off-season 31 other general managers will be looking for big offensive linemen and depth at running back. If a major league baseball team wins a World Series with pitching and defense, 29 other front offices are going to try to load up on pitching and defense (ok, that’s a bad example; every baseball team tries to do that).

Hockey is really no different. The Los Angeles Kings are the most recent winner of the Stanley Cup, and they did it with depth and brawn at forward (four of the 15 dressing for the playoffs topped 225 pounds), grit on defense, and superior goaltending. It looked an awful lot like many, if not most of the Cup winners from 1995-2004…the dead puck era. In fact, since the lockout only the Anaheim Ducks in 2007 had a lower playoff average goals-per-game (2.76) than did the Kings (2.85). Further, four of the other five Cup winners post-lockout averaged at least 3.24 goals-per-game on their way to a championship.

Which brings us to Halak. When the Washington Capitals faced the Montreal Canadiens in the first round of the 2010 Stanley Cup tournament, they had just wrapped up a regular season in which they averaged 3.82 goals per game. That mark stands not only as the highest goals-per-game mark in the post-lockout period, but is the highest such mark since 1995-1996.  It was more than half a goal per game better than the second highest-scoring team (Vancouver: 3.27).

The Capitals barely missed a beat to open the first round playoff series against the Canadiens in 2010. In Games 1-4, the Capitals recorded a total of 19 goals from ten different players. But Capitals’ fans know what came next. Halak stopped 131 of 134 shots he faced in Games 5-7, allowing but a single goal in each contest, and the Canadiens sent the Caps home for the summer in seven games.

The Capitals have not recovered, having abandoned the style that they employed to get them to the playoffs in 2010 in favor of not one, but two “defense-first” approaches to the game, losing not one, but two coaches in the process.

But on a broader scale, if you subscribe to the whole “success breeds imitation” idea (and obviously we do, or we would not have undertaken this essay), the league lost an opportunity at the hands of Halak. Had the Caps survived that series (or at least shown up for Game 5, which was lost more for lack of effort than anything the suddenly stout Halak did) and steamrolled their way to a Stanley Cup, other teams might not have continued pursuing their collective race to the bottom of offensive production that has plagued the league over the last few years. Instead, they might have tried to emulate the Capitals, or dusted off old videos of the Edmonton Oilers of the 1980’s or the Pittsburgh Penguins of the early 1990’s. The league would have an exciting product to market, filled with wild nights of up-and-down-the-rink skating and pinball machine pyrotechnics on the scoreboard.

Instead, we have the league slowly descending to what it was pre-lockout. The number of teams averaging at least three goals-per-game has dropped from five in the year Washington led the league (and was eliminated by Halak’s Canadiens) to four in 2010-2011 and to three last season. In 2009-2010, 23 teams had at least 300 power play opportunities. That number dropped to ten in 2010-2011 and again to three last season. Twenty-two teams had at least 50 power play goals in 2009-2010; down to 16 the following year and seven last season. Part of this might be the manner in which rules are interpreted on the ice (referees calling fewer penalties), but much might be a product of returning to the safe and sound systems that are defense-oriented.

The Capitals might have set the league on an entirely different path had they advanced in 2010 and won a Stanley Cup. It would have been the model upon which teams might have engineered their rosters or developed their philosophies moving forward. But the Caps did not advance, and teams – not the least of which was the Capitals themselves – retreated behind a wall of traps, locks, and passive forechecks; of packing in their defenses and blocking shots until games became more a product of coin-flips than the results of hockey skill.

And for that, the person we might have most to thank, perhaps the most influential person in the sport in terms of the way the modern game is played, is Jaroslav Halak.
Posted by The Peerless at 2:19 PM

Ugh, I think you could be right.

ive been screaming this for years gmgms lack of resolve in the face of adversity, to stick with what works and not give in to the dreaded "small sample size" that ensnares so many BAD gm's which is what he is

The hawks had the third highest G/G in the regular season at 3.20 that year and the third highest in the playoffs at 3.54. They went 16-6-1. You could say they "steamrolled" there way to a stanley cup, all with inferior goaltending and an uptempo style. While i certainly agree that a more defensive oriented scheme has become popular, attributing this to your teams catastrophic failure to score on mr. shaky hands seems like a stretch.

In truth, if you push beyond the goals per game stat, which is quite surface, the LA Kings actually share a lot in common with their higher scoring fellow champions the Boston Bruins, the Chicago Blackhawks, the Pittsburgh Penguins, and the Detroit Red Wings.

Each of these teams, in the year that they won the cup, was one of the 5 best puck possession teams in the league, each possessed very lopsided totals in shot differential (even when the Kings were having trouble finding the back of the net, they were regularly outshooting their opposition in quite lopsided fashion, so that's not exactly the marker of an offensively impotent team). Truly defensive minded teams, like Nashville, or the 2009-2010 Montreal Canadiens, which are focused on keeping the puck out of the net, but struggle in actually possession and are rarely able to dictate the pace of the game from an offensive view point are far from the model that has won the Stanley Cup, the LA Kings included.

I think the point is more that teams may now think that Montreal'ing the favorite gives you the best chance of victory in a playoff series. Washington, unintentionally or not, played that way and upset the better team in Boston in 11-12 (though the Caps were much more competitive with Boston than Montreal was with Washington in 2010).

Thank you for this wonderful and beautiful Added.