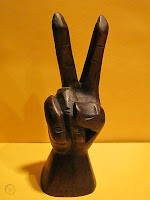 The Washington Capitals ended the Canadian portion of their season with a visit to Montreal to face the Canadiens in the last regular season game the Caps will play in Canada.  Montreal came out skating with pace and purpose, but the Caps scored first, last, and often in laying an 8-4 thrashing on the home team.

Montreal applied some early pressure on the Caps and seemed to have the better of it in possession and dictating pace, forcing goalie Vitek Vanecek to make some difficult stops early on.  Washington slowly rebalanced the rink and had some good chances of their own, finally getting a man advantage when T.J. Oshie broke in alone on the Montreal goal and was held by David Savard at the 10:11 mark of the period.  Montreal had the best chance on the Caps’ power play though, but Vanacek foiled a clean breakaway by Ryan Poehling.

The Caps were rewarded seconds later when Nic Dowd redirected a long Dmitry Orlov drive past goalie Sam Montembeault 12:23 into the period.

Montreal went to their first power play of the game when Johan Larsson was sent off for hooking at the 13:04 mark.  The Canadiens appeared to tie the game on the power play when Rem Pitlick converted a rebound from the edge of the blue paint.  The referees immediately ruled it “no goal” by virtue of Pitlick kicking the puck in, and that call was confirmed upon video review, the game remaining 1-0, Caps.  Washington killed off the remainder of the penalty without incident.  That would be how the period ended, the Caps up a goal.

-- Garnet Hathaway and Nic Dowd each had two shots on goal to lead the team; Alex Ovechkin led the team with four shot attempts.

-- T.J. Oshie led the team in credited hits with three.

Montreal tied the game off a nifty no-look backhand pass from Christian Dvorak to Jake Evans on the right wing, and Evans rifled a shot that might have nicked the stick of Trevor van Riemsdyk on its way through, beating Vanecek on the long side to make it 1-1 just 1:56 into the period.

The teams went 4-on-4 in the eighth minute of the period when Nicklas Backstrom and Josh Anderson were sent off for coincidental roughing minors.  Anthony Mantha made good use of the open ice when he collected the puck at the players bench, bump passed the puck off the boards to himself to elude a Montreal defender, curled in to the Canadiens net, and after his initial shot was stopped, managed to reach behind him to backhand the puck past Montembeault to make it 2-1, Caps, at 8:03 of the period.

Mantha scored again 34 seconds later when Lars Eller fed him for a breakaway, Mantha finishing the play by beating Montembeault low on the glove side at 8:37 of the period.

Montreal got one of the goals back when Jeff Petry skated in alone on Vanecek and fed the puck across the top of the crease to Poehling for a lay-up to make it 3-2, at the 8:51 mark.

Alex Ovechkin restored the Caps’ two-goal lead when he took a pass from Evgeny Kuznetsov between the hash marks and rifled a shot past Montembeault’s left shoulder to make it 4-2, 15:36 into the period.

The teams exchanged penalties late in the period, Josh Anderson going off for Montreal on a roughing call at the 17:42 mark, and T.J. Oshie going off for hooking at 18:12 of the period.  Neither the Caps, on the front end, or the Canadiens, on the back end, could score on abbreviated power plays resulting from the penalties before the period ended, the Caps up by a 4-2 margin.

-- Anthony Mantha had five shots on goal through 40 minutes to lead the team; Alex Ovechkin had eight shot attempts.

-- Martin Fehervary and T.J. Oshie each had five credited hits to lead the team through two periods.

-- John Carlson led the team with 16:24 in ice time through two periods.

Montreal opened the period with 12 seconds of power play time carrying over from the second period.  They failed to convert the short power play, but they inched closer to the Caps when Poehling got his second of the game, stuffing a loose puck from in close past Vanecek’s right pad at the 2:22 mark to make it 4-3.

The Caps went back on top by a pair on the next shift.  Garnet Hathaway started and finished the play, starting it when he interrupted Brendan Gallagher’s progress just inside the offensive blue line and prying the puck loose.  Johan Larsson collected it and skated down the right side into the Montreal zone.  He fed the puck to Nic Dowd, trailing on the play.  His shot was muffled on the way through, but it had enough juice to reach Hathaway at the top of the crease, and Hathaway backhanded the puck under Montembeault at the 3:08 mark of the period.

Dmitry Orlov put the Caps up by three when he out-fought a defender for the puck along the right wing wall, circled out and from the tops of the circles rifled a shot across his body that beat Montembeault cleanly on the glove side, making it 6-3, 4:30 into the period.

The Caps went to a power play when Alex Ovechkin got behind the Montreal defense, but as he was in his shooting motion, he was hacked by Joel Edmundson at the 8:24 mark.  The Caps converted when Justin Schultz took a pass from Dmitry Orlov and fired a shot that nicked the stick of a Canadien defender and found its way over Montembeault’s left shoulder to make it 7-3, 9:50 into the period.

Montreal got on the board when Nick Suzuki took a Jeff Petry feed and snapped a shot past Vanecek at the 14:53 mark to make it a 7-4 game.

Washington was awarded their sixth power play of the game when Mike Pezetta was sent off for an illegal check to the head on T.J. Oshie.  The Caps converted when Evgeny Kuznetsov sent the puck from the right wing wall in the direction of the Montreal net, and the puck hit Oshie on the way through, eluding Montembeault to make it 8-4 at the 16:35 mark.  That would be how this contest would end.

-- This was the 47th time that the Caps scored first this season, leaving them tied for second in the league with Colorado and one behind the Calgary Flames.

-- This was Anthony Mantha’s sixth career game with four or more points, his first with the Caps.

-- Justin Schultz broke a 38-game streak without a goal when he scored in the third period.

-- This was the fifth time in his last 12 games that Vitek Vanecek allowed four or more goals.

-- Martin Fehervary was the only Cap without a shot attempt, but he was credited with five hits and finished a plus-3.

The Caps did what they had to do, weather an early storm by the Canadiens, and then jump all over them.  It was not all unicorns and accordions, what with the Caps allowing their opponent four goals.  But the Caps are now on the brink of clinching a playoff spot, needing only a loss by the New York Islanders on Sunday or, failing that, a Caps win in Colorado against the Avalanche on Monday.  If “just get in, and anything can happen” is the mantra, the Caps are almost there.  And that is the bottom line.